Donald Trump's son-in-law has finally presented his economic plan that envisages prosperity for the Palestinian people. Expectations were high, but political realities are conspicuous by their absence.

The Middle East Economic Plan, dubbed "Peace to Prosperity" is the brainchild of Jared Kushner, the son-in-law of US President Donald Trump. Its 136-pages read like a glossy magazine, with photos of children walking to school and smiling farmers adorning the document.

But the images come from USAID development projects that were stopped due to massive cuts imposed on the agency's funding in the West Bank and Gaza.

At Tuesday's long-anticipated economic workshop in Manama, Bahrain, Kushner officially presented his plan as the "deal of the century." The political part is set to follow, but no one actually knows when. It is not expected until after Israeli elections in September.

The project "Peace to Prosperity" is detailed in 40 pages, divided into three chapters. Some 96 pages summarize the programs, projects and statistics. The Palestine Liberation Organization (PLO) described the plan as consisting of only "abstract promises." 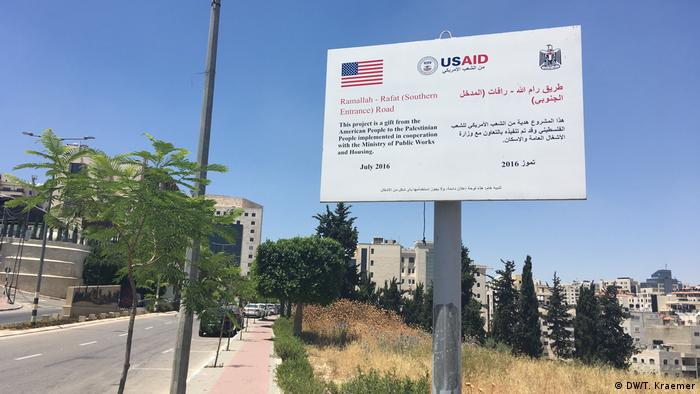 The US cut roughly $500 million in aid to Palestinians

The first part of the plan outlines combatting corruption, opening up The West Bank and Gaza Strip to regional and global markets and connecting the two with a railway link. Yet Kushner's proposal does not explain how something that has not happened for years will now materialize.

There are promises to strengthen the private sector and introduce 4G, LTE and 5G mobile networks. The latter doesn't even exist yet in the US. The West Bank only acquired a 3G network in 2018 because the Israeli government finally allowed it, after many years of waiting.

According to Kushner's vision, Gaza and the West Bank could, "just like Dubai and Singapore," benefit from their strategic location to become a regional financial center.

But unlike the Palestinian territories, Dubai and Singapore have airports. The plan, instead, is to expand airports in neighboring Lebanon and Jordan.

Education is another theme in the proposal, which promises online education platforms and international exchanges.

But how Palestinians' freedom of movement would be expanded and their travel restrictions loosened, remains to be seen. There are generations of people in the Gaza Strip who have never been allowed to leave the territory.

Kushner envisages investments in cultural institutions and a revamping of the health sector. But here too, there has been no indication of how to go about it.

The plan concludes with a section devoted to supporting the Palestinian leadership, so that they can strengthen the private sector.

The overall aim is to increase exports and reduce dependency on external donors.

Palestinians on the street skeptical of Bahrain talks

At the Bahrain conference, the US called for some $50 billion (€44 billion) in investments over the next 10 years.

Washington's allies such as Saudi Arabia, and the United Arab Emirates were in attendance, as well as representatives from Egypt, Jordan and Morocco.

However, Lebanon and Iraq are absent, and Israel was not invited. The Palestinian Authority boycotted the meeting.

Many see the list of attendees as a sign that the US is after big Arab donors. Tarek Baconi, analyst at the Brussels-based Crisis Group, told DW that Kushner's  plan proposes projects that the US would have financed itself in the past. "But it seems their desire is to stay completely out of any form of financing or support for the Palestinians — at least rhetorically," Baconi said.

The Gulf States may see supporting Palestinians as a chance to help further normalize relations with Israel and form a united front against Iran, Baconi added. 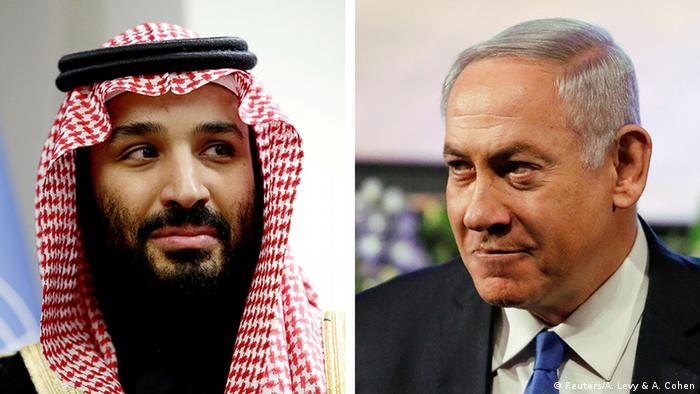 Rejection from the Arab world

Even if funding is promised, the Palestinian leadership and its people have already rejected Kushner's plan. Mounir el-Jagoub, spokesman for President Mahmoud Abbas' Fatah Party, said the plan was an attempt to "kill the political aspirations of the Palestinian people" with money from rich Arab states.

Although the economic plan is only meant to be implemented after a peace plan has been achieved, it is clear that Kushner's vision does not include an independent Palestinian state.

US officials have already let it be known that the so-called two-state solution, which has been supported by numerous countries worldwide, has been rejected by the president's son-in-law.

The words "Palestinian state," "Palestine" or "occupation" are nowhere to be found in the 136-page document. Israel is also only mentioned in connection with border crossings or economic cooperation.

Muriel Asseburg of German Institute for International and Security Affairs noted that neither the occupation of the territories, the restrictions associated with it, nor the blockade of the Gaza Strip, nor the Palestinian political divisions were taken into account.

"The main obstacles to economic development in the Palestinian territories are not addressed," Asseburg said.

Kushner's plan 'will not fly'

In Ramallah, people took to the streets to protest the plan. Kushner's proposals were criticized for focusing primarily on economic development, instead of the political solution. "The idea that economic revival is followed by peace is unrealistic," Palestinian Finance Minister Shukri Bischara said.

Nils Schmid, foreign policy spokesman for Germany's Social Democrats (SPD), echoed the criticism. "The solution to the Israeli-Palestinian conflict requires that the legitimate concerns of all involved, including a Palestinian state, are considered," Schmid said.

He stressed that the idea that Palestinians would give up their hopes for statehood in exchange for money was doomed to fail. Kushner plans will therefore "not fly," he concluded.