From the "right of return" to the status of Jerusalem, Donald Trump is hoping to write the terms for peace. DW examines the biggest questions about the White House's vision for an end to the Israeli-Palestinian conflict. 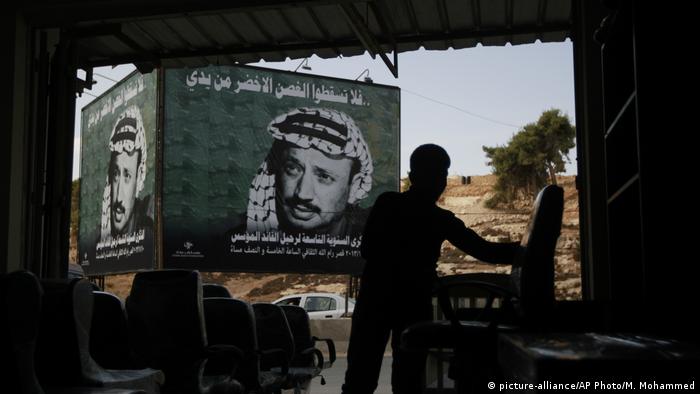 Since assuming office, US President Donald Trump has pushed a hard-line policy on the Israeli-Palestinian conflict. Washington has recognized Jerusalem as the Israeli capital and opened an embassy there in May, moves widely criticized by the international community.

Little is known about what the White House dubs the "deal of the century," the Trump administration's proposal to end the decadeslong conflict. But senior presidential adviser Jared Kurshner, Trump's son-in-law, has steadily pushed forward with the plan, shuttling across the Middle East to shore up support for key features of the deal.

With the White House set to announce its proposal "in due course," DW examines the big questions behind the administration's posturing on the conflict and how it affects Palestinian refugees.

What is the 'deal of the century'?

The senior presidential adviser has yet to unveil the Trump administration's proposal for a political solution to the conflict. However, reports suggest that the White House is taking action to get rid of potential roadblocks ahead of its announcement.

In January, Trump said he "took Jerusalem off the table" by formally recognizing the city as Israel's capital. Another major issue that the White House appears to be sidelining is the question of Palestinian refugees.

The US newsmagazine Foreign Policy reported earlier this month that Kushner, along with other officials, had proposed disrupting the UN Relief and Works Agency (UNRWA), which is charged with providing assistance and protection to Palestinian refugees, according to emails seen by the publication.

"Our goal can't be to keep things stable and as they are," Kushner reportedly said in an email obtained by Foreign Policy. "Sometimes you have to strategically risk breaking things in order to get there."

Where do Palestinians stand?

Palestinian officials have rejected Kushner's reported plans to undercut and reform the UNRWA, saying it represents an attempt by the US government to override the rights of Palestinian refugees.

"They want to terminate the role of UNRWA by proposing direct aid to the countries hosting the Palestinian refugees and sideline the UN agency," Saeb Erekat, the secretary-general of the Palestine Liberation Organization's executive committee, said in June.

"All this is actually aimed at liquidating the issue of the Palestinian refugees," he said.

Most Palestinians agree that the status of millions of refugees registered with UNRWA can only be settled by a peace process that takes into account the "right of return." 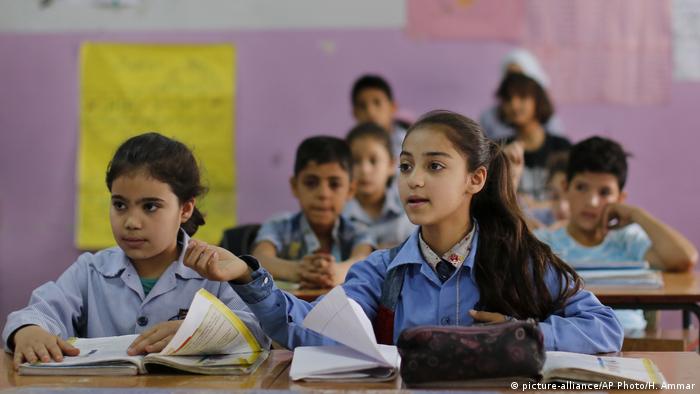 What is the right of return?

Though supporters and critics differ on how to approach it or even whether it exists, the right of return would permit Palestinians displaced in the late 1940s by the creation of Israel to return to their property.

Supporters often cite UN General Assembly Resolution 194, which was passed near the end of the 1948 Arab-Israeli War.

It states that "refugees wishing to return to their homes and live at peace with their neighbors should be permitted to do so at the earliest practicable date, and that compensation should be paid for the property of those choosing not to return and for loss of or damage to property, which, under principles of international law or equity, should be made good by the governments or authorities responsible."

Critics argue that General Assembly resolutions are nonbinding. The White House appears to be working to sideline this issue — especially as it has been a key roadblock at previous junctures in the peace process. 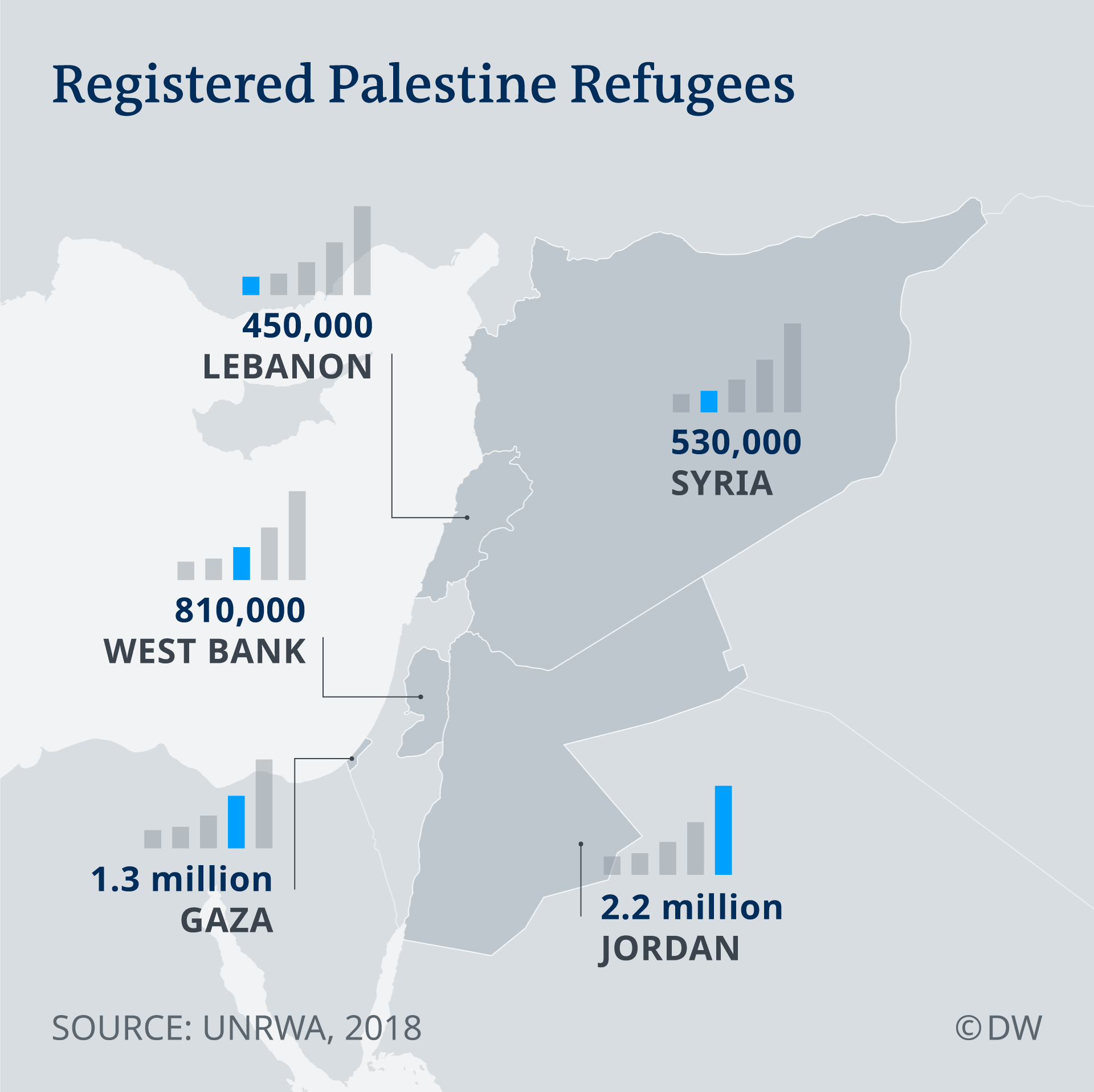 Where does the international community stand?

As with the question of Jerusalem, the UN and EU both agree that the status of Palestinian refugees and the right of return must be settled by Israeli and Palestinian negotiators during the peace process.

In the meantime, Germany and other countries have announced additional payments to UNRWA to supplement a funding shortfall after the US withheld more than $60 million (€52 million) at the beginning of the year.

The funding shortfall has forced UNRWA to cut hundreds of jobs, prompting Jordan to warn of a "catastrophic" impact on the lives of millions of Palestinian refugees in the Middle East. The EU and US are the agency's top donors, along with Germany, the UK and Saudi Arabia.