The deadly protests on the Gaza border may have died down, but Moshe Zimmermann doesn't have much hope for peace. He told DW that Israel's government benefits from the situation and called on Germany to be more critical. 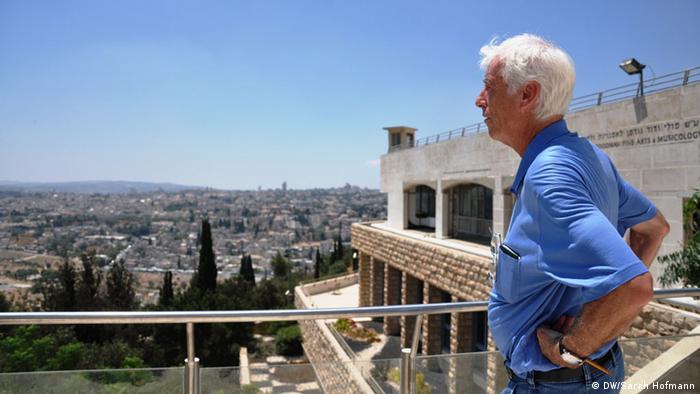 Deutsche Welle: Around 60 Palestinians were killed and about 2,800 injured in clashes between Palestinians and the Israeli army. What does this latest development mean for the fragile peace process?

Moshe Zimmermann: The peace process has little to do with the number of dead and wounded. It's about the willingness on both sides to negotiate. It seems in the background, there are efforts at a rapprochement between Israel and Hamas [the militant Palestinian group that runs Gaza]. There is no other way to explain the sudden falloff of the demonstrations, as well as the drop in the Israeli military's trigger-happiness.

You say there have been efforts at rapprochement. Who is mediating between the parties?

Rapprochement takes mediators, but also the willingness by both conflict parties to approach one another. Hamas has little wiggle room, also due to pressure from its own people in Gaza. And Israel is trying not to escalate the situation in the south of the country. Most likely, the Israeli towns along the border with Gaza will also be putting pressure on the Israeli government. That means both sides have an interest in coming up with a new arrangement. 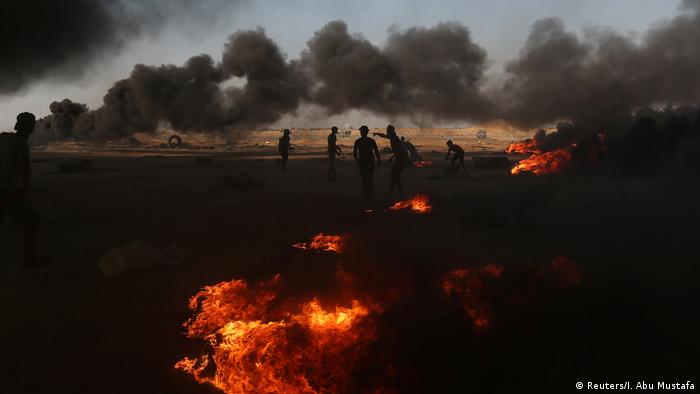 In addition, Arab states are also involved, in particular the Egyptians. Then of course the United States, the Europeans and the Russians are trying to help calm the situation. All in all, there is more interest in pacifying the situation than letting it escalate further.

Does Germany also play a role?

As a member of the European Union, but not so much as an individual state.

Do you think the German government is being too cautious?

Because of the Holocaust, Germany's line on foreign policy is that it must refrain from criticizing Israeli politics. That's a mistaken conclusion. Our history teaches us that you should stand up for something. If the current government is not as liberal, democratic and willing to find a peaceful solution, Germany must make an even greater effort to pave the way for peace and openness. If German policy discerns between Israel's true interests and the interests of the current Israeli government and its policies, it can certainly get away with constructive criticism. 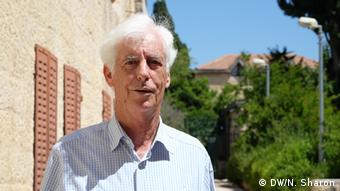 I am an Israeli, and I know that there's not much we can reach with this government. It is stubborn, one-dimensional and nationalist, and it doesn't react to international criticism. It only listens to praise and support. All the same, you have to try to take countermeasures.

Have the developments over the past weeks strengthened Hamas?

Not regarding Israel, no. Compared to Israel, from a purely military point of view, Hamas is a dwarf. But if you look at Hamas and the officials in the autonomous Palestinian territories, Hamas has gained strength.

The clashes come at a time when Israel is involved in the Syrian conflict. Doesn't that make a complex situation even more complex?

The situation is complex because the war in Syria is still undecided and because Iran is establishing itself as part of the constellation of power in Syria. For Israel, the situation is complicated in any case: One real challenge is Hezbollah, the Lebanese Shiite political party and militant group backed by Iran. Add to that the dispute with Turkey. 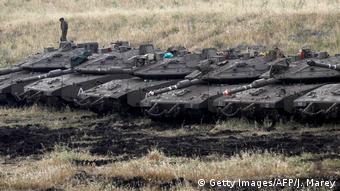 But it must be said that this complicated situation is very favorable for the Israeli government. Prime Minister Benjamin Netanyahu suspects that attitudes hostile to Israel come from every direction anyway, and now he's been handed confirmation. The more enemies, the better. That's something they can live with because the Israeli military is strong enough, and so they shirk — and this is very important to Netanyahu — peace talks with the Palestinians as well as withdrawal from the occupied territories. That is Netanyahu's goal.

Did the fact that the US moved its embassy from Tel Aviv to Jerusalem play a role in the clashes?

The protests were mainly linked to the commemoration of Israel's founding 70 years ago, which is also 70 years of the Palestinian catastrophe, called the "Nakba." That was the reason for the demonstrations and clashes.

Moving the US embassy to Jerusalem was an additional aspect. The city is an important symbol in the Muslim world and beyond. Trump is an arsonist, and if he can fan the flames, he will.

Are you optimistic for the future?

No. How can I be optimistic? If you know the Israeli government, the Palestinians and the situation in the region, you have to be pessimistic, at least for the short and medium term. But I am willing to take an optimistic outlook: things will be better in 100 years!

Moshe Zimmermann is an Israeli historian with German roots. In 1937, his parents fled the port city of Hamburg for the British Mandate for Palestine. Zimmermann, who specializes in German social history, was Director of the Richard Koebner Center for German History at Hebrew University in Jerusalem until 2012. He has also taught in Germany.

Dozens killed in Gaza as US opens Jerusalem embassy

Israeli forces have killed at least 58 Palestinians protesting along the Gaza security fence. Meanwhile, US and Israel celebrated the inauguration of a new US embassy in contested Jerusalem. (15.05.2018)

US blocks investigations into Gaza violence