Israel and Turkey dismiss each other's diplomats over Gaza violence

The leaders of Turkey and Israel have engaged in a war of words over human rights amid fallout from the deadly Gaza protests. Belgium also summoned the Israeli ambassador over controversial statements about the violence. 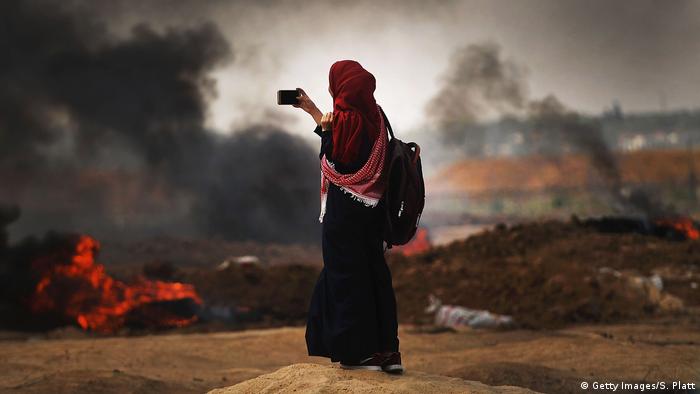 On Tuesday, the Israeli government ordered Turkey's consul in Jerusalem to leave the country for an indeterminate amount of time, as Ankara demanded the same of Israel's ambassador. The Turkish Foreign Ministry confirmed that the move was a direct response to recent violence on the Gaza border that has claimed at least 60 lives.

"Erdogan is one of the biggest supporters of Hamas, so there's no doubt he's an expert on terror and slaughter," Netanyahu wrote on Twitter, referencing the militant Palestinian organization. "I'd suggest he doesn't preach morality to us."

Turkey was once an important Israeli ally in the region, but ties have deteriorated steadily since Ankara criticized an Israeli offensive in Gaza in 2008. Things got even worse between the two nations in 2010, when Israeli commandos stormed the Mavi Marmara, a Turkish-registered ship filled with activists that tried to break Israel's blockade of Gaza. Nine activists were killed in the operation.

As Netanyahu and Erdogan traded barbs, the Belgian Foreign Ministry summoned the Israeli ambassador over controversial statements she made about the Gaza violence.

Foreign Minister Didier Reynders expressed his dismay that Ambassador Simona Frankel had described all of the dead — some of whom were children — as "terrorists."

"That we can obviously not accept," Reynders said, also taking exception to the claim from Frankel that Israeli soldiers acted preemptively to prevent casualties on their side. "There were two statements I could not accept: one on proportionality of force by saying they could not wait for Israeli casualties — there were none."

The deaths have been condemned around the world, from governments such as those of Germany and France as well as by well-known activists including Archbishop Desmond Tutu.

Funerals for many of the 58 Palestinians killed by Israeli fire during the Gaza border protest will be held on Tuesday. Several countries, although not the US, have condemned Israel's violent response. (15.05.2018)

On Monday, the US officially opens its embassy in Jerusalem. The move has sparked strong international condemnation and comes as tensions grow between Israel and Iran. Tania Krämer reports from Jerusalem. (14.05.2018)