When Israelis started to talk about the occupation | Middle East| News and analysis of events in the Arab world | DW | 07.06.2017

Israel has released top-secret protocols from 1967, revealing it had no plan for the occupied territories after the Six-Day War. "In times of global decolonization, who would accept this?" some politicians asked. 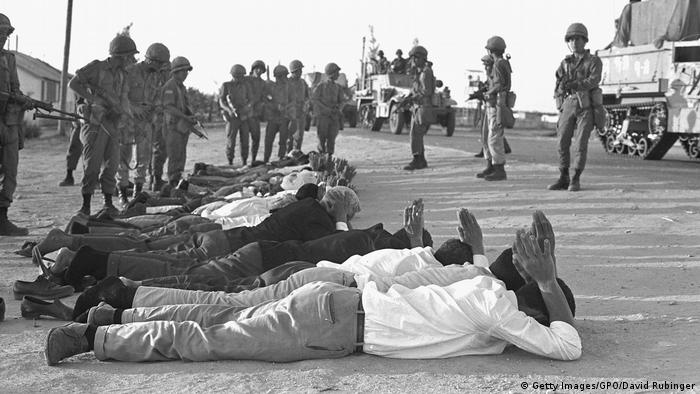 After 50 years of embargo, and with some paragraphs still censored, newly-released transcripts shed light on the days leading to the war that dramatically changed the Israeli-Palestinian conflict.

Reading the documents, it becomes clear that Israeli politicians had no political plan for the days to come, nor did they have a realistic vision for the soon-to-be occupied territories.

In fact, the protocols suggest that the annexations of the West Bank, East Jerusalem, the Gaza Strip and the Golan Heights were ad-hoc steps following unexpected victories, rather than a strategy.

Israel's own diplomats, it seems, were themselves shocked by the country's achievements, not knowing how to handle the new and immense territories (Israel had tripled its size) - let alone grasp the meaning of almost 800,000 Arabs in the West Bank alone now living under their direct control. 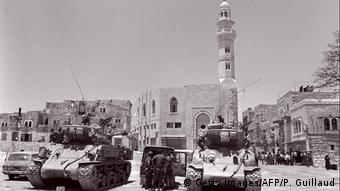 Some historians argue, though, that unlike the widely accepted narrative, the war was not imposed on Israel, but had been planned long before - or at least drawn-up as a contingency plan waiting for a trigger.

Either way, almost no one in Israel mentioned the occupation explicitly, and it would take years for most people to come to terms with its existence. Most - but not all.

"We never really talked about it, at least not in the same way the occupation is discussed today," says Nehemia Zerachovitz, who fought on the Battle of Ammunition Hill - one of the war's fiercest campaigns.

"Already two years after, in 1969, the War of Attrition began, so we didn't really have the time or capacity for moral debates. The feeling was still that of survival."

But Zerachovitz, an active educator and a veteran paratrooper, admits that yearnings for Jerusalem had already emerged before the war - and perhaps influenced Israeli generals - consciously or not.

"The same generals that liberated, annexed or conquered Jerusalem - however you want to call it - were the ones who failed to gain those territories back in 1948. So in a way, the 1967 war started exactly where the 1948 war ended."

Failing to get a hold of Jerusalem was often a topic discussed around dinner tables, Zerachovitz recalls. "Nothing about annexation was mentioned explicitly, but it was an open wound for our parents' generation. Songs were written longing for Jerusalem, but conquests were never talked about in specific terms."

After the war, however, the atmosphere changed, especially with the rise of religious Zionism. "There were many who saw Israel's victory as a biblical miracle almost," says Micah Goodman, an author and research fellow at the Shalom Hartman Institute in Jerusalem. 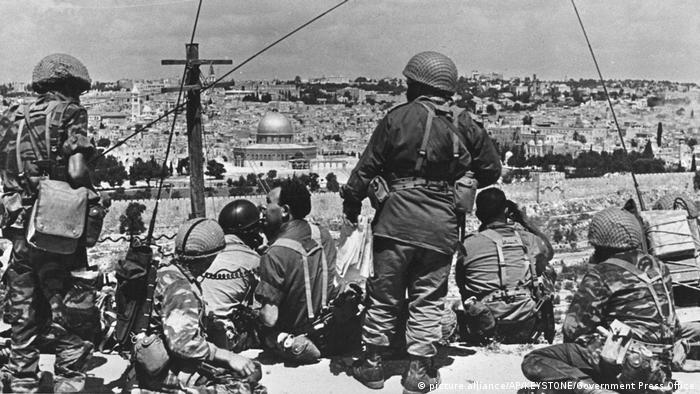 "This is when the fracture in society began. The secular population wished to remove the security threat over Israel's head, but religious circles received some sort of a divine validation for the chain of events," Goodman told Israel's Channel 10.

And indeed, at the end of the war, settling the West Bank became a declared method to make the Zionist dream a reality, at least for some.

Despite the euphoria, merely two weeks after the war ended some activists and politicians had already become skeptical.

"In times of global decolonization, who would accept this?" asked Justice Minister Yaakov Shimshon Shapira, referring to an option raised by Defense Minister Moshe Dayan to have a "self-governing regime" by the Palestinians in the West Bank, "but with Israeli military control."

On September 22, 1967, the far-left Israeli movement Matzpen (Hebrew for "compass") published an open letter in Haaretz newspaper, recently republished by the paper, which read: 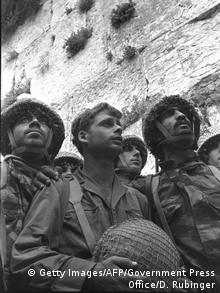 Israeli paratroopers next to the Western Wall in Jerusalem's Old City on June 7, 1967

But the letter didn't stop there: "The victims of terrorism are usually innocent people. Holding onto the territories will turn us into a nation of murderers and murder victims. Let us leave the occupied territories now."

Even during the war some ministers pondered whether Israel was fully aware of the consequences of occupying land inhabitated by nearly one million Arabs spread throughout multiple territories. "Say we conquer Jerusalem," Education Minister Zalman Aran asked, "when will we give it back, and to whom?"

In a cabinet meeting on June 19, Minister Menachem Begin urged members of the Security Cabinet: "Don't tell the Americans 'we don't have a solution,' tell them 'we are looking for a solution,'" he said, an approach many critics claim has set the Israeli diplomatic tone to this day.

'The chasms of occupation'

Since 1967, more than 400,000 Jews have moved to settlements beyond the green line, the armistice border agreed by Israel and its neighbors in 1948. Over 350,000 Jews live in East Jerusalem alone and roughly 20,000 live in the Golan Heights.

"Before the settlements there weren't many clashes between Arabs and Jews," says Avi Berger, who was a high school student during the war. "There wasn't a real discourse about the occupation, because everybody simply lived it," he recalls.

Drafted in 1969, he remembers: "I personally have seen a soldier butting an old Palestinian man, or a group of soldiers smiling next to a dead body. These are the chasms any occupation would lead to. These are its everyday meanings, which were unspoken back then."

As Zerachovitz testifies, later waves of terror fixated the thought among Israelis that 'there is no partner' for peace. "Back in '67 the annexations were seen as a bargaining chip to achieve peace," he says, "but somehow this remained the excuse to this day - only we became greedier and blunt." 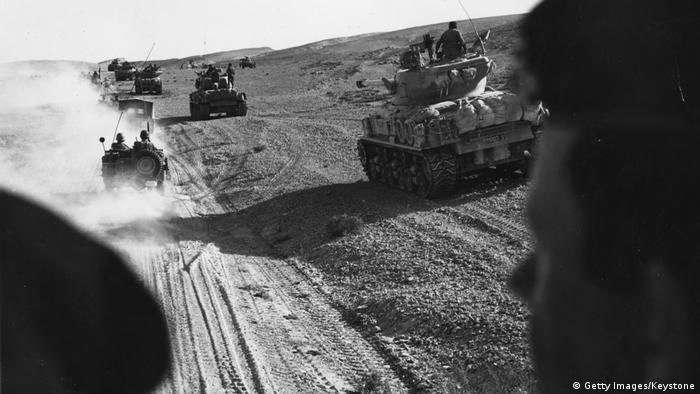 Israeli forces in Sinai. The annexations were seen as a bargaining chip

The generation born long after the Six-Day War mainly remembers the first and second Intifadas and frequent military operations. Rockets shot from Gaza are a daily routine for Israelis living next to the border, and almost anyone over the age of 21 can recall being affected by a war or a terrorist attack.

Although in the current Israeli discourse any compromise on Jerusalem seems unacceptable, the older generation who fought in 1967 has other thoughts.

"The people who conquered Jerusalem then are the members of the most left-wing parties of today," Zerachovitz claims.

"I believe there is still hope. My father came here in 1933 because he wanted a Jewish state, not a binational state, certainly not one with a minority ruling over a majority. Some people can see that we are heading towards a disaster. They are the ones who are able to turn the wheels around - and they should. It's still not too late."