Six-Day War was ′totally devastating′ for Palestinians | Middle East | News and analysis of events in the Arab world | DW | 06.06.2017

The Israeli occupation of the Palestinian territories, which began with the Six-Day War in June 1967, changed the lives of millions of Palestinians. Sociologist Salim Tamari talked with DW about what they experienced. 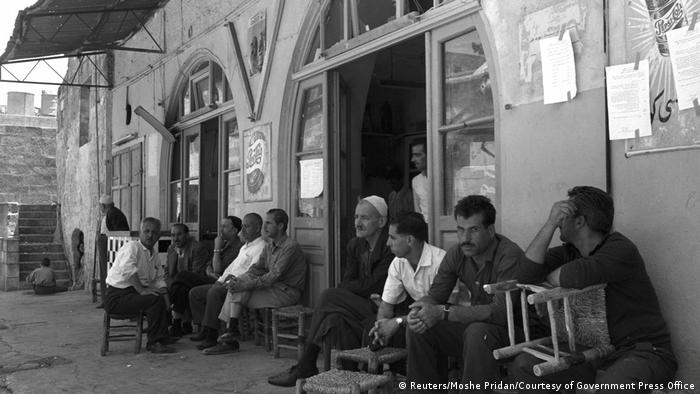 DW: What circumstances led to the war in June 1967?

Salim Tamari: The direct cause was the closure of the Straits of Tiran by Egypt's Gamal Abdel Nasser, which the Israelis considered as a blockage of their access to international waters. The actual events had a lot to do with Israel's continued rejection of UN Security Council resolutions about the future of refugees and issues at the borders between Israel and Egypt in the Gaza area.

The war was over in a matter of days in June 1967. What was the result?

The immediate result was the defeat of the combined armies of Syria, Egypt and Jordan and the capture by Israel of all of the Sinai Peninsula, all of the West Bank and a big part of the Golan Heights from Syria. The immediate result was not only totally devastating for the regimes but also for the people of Palestine who were living in the West Bank as well as in Gaza.

How did that change people's lives?

Two major things happened in terms of daily life. The first was that Palestinians living in Gaza and the West Bank as well as in the Golan Heights no longer had access to the airport. They were completely blocked from travelling, making trade and having any kind of communication with the cultural world like they were used to.

The second thing that happened was that the markets of West Bank and Gaza were integrated with Israel's. The only salutary effect was that people could have access to historic Palestine and to the homeland they had lost in 1948 as well as to have contact with Palestinians who were now Israeli citizens and now found themselves part of the single Israeli-controlled historical area of Palestine. Jerusalem was formally annexed and Arab Jerusalemites became residents, so they had eventually much more abilities to acquire work permits and to travel more freely than the population in the West Bank or the Gaza Strip.

I was recently in Jerusalem and the West Bank and spoke to many Palestinians who told me that for them 1948 played the greater role. Can you relate to that?

The reference to 1948 versus 1967 is significant because many people living in the West Bank and Gaza happened to be refugees from the 1948 area which became the state of Israel. People who became refugees in 1967 are now living mostly in the Arab world. If you talk to them, they would stress this combined process of 1948 and 1967. People here have been historically traumatized by the 1948 war, and 1967 means something completely different to them: They did not become refugees, but they became hostages of the annexation of the West Bank and Gaza in the state of Israel. 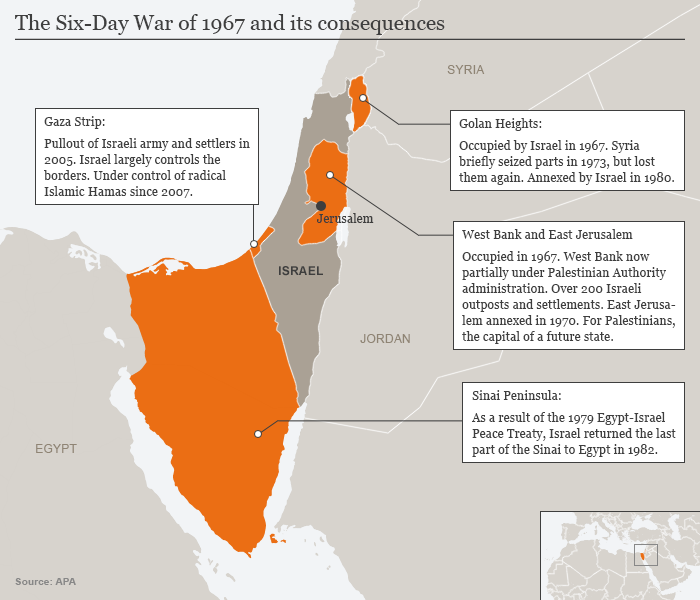 You moved to the West Bank in the late 1960s. How has occupation, and the people living with it, changed over the past 50 years?

The main difference in the early period of occupation was that there was a feeling that this is going to be forever. The Arabs were defeated; militarily they were not able to rise up. Israel was so hegemonic that people started accommodating themselves with a very long occupation. Then the Intifada [Palestinian uprising] happened in 1987 and people acquired the feeling that this might come to an end. But the Oslo Accords in 1993 were a very disappointing consequence, since it ushered in the continuation of occupation in different forms under the conditions of so-called autonomy. And that brought in a completely different vision - which altered how most people thought - from its struggle for independence and its struggle for two states to one in which a juridical form of struggle became dominant. 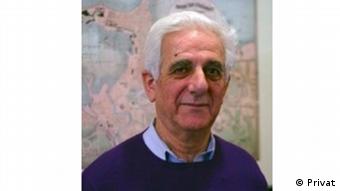 There are many joint peace initiatives between Israelis und Palestinians. Do you think they are helpful or do you think that, as long as there is no political change, they are not?

They did contribute to a change after the first Intifada. There was a substantial amount of interethnic solidarity ultimately leading to the negotiating process in Oslo. This made many people weary of bringing about another momentum like that. The other issue is that the Israeli peace forces, including the Israeli left, have basically collapsed in number and as constituent parties. But there are people who are still struggling. You have acts of civil disobedience and peaceful protests. And I think they do make a difference in terms of creating different visions of cooperation. But at the moment they are not translatable to a political momentum.

What do you expect from the international community in order to end occupation and to make a two-state solution happen?

The international community has to address the issue of expropriated land in the occupied territories, the expansion of building settlements and they should create an atmosphere where Israel has to abide by the conditions leading to withdrawal from the occupied territories. These are well-known factors. But at the moment, neither Europe, and certainly not America, are willing to translate these political positions into action.

Salim Tamari, born in 1945 in Jaffa, is a senior fellow at the Institute for Palestine Studies and the publisher of The Jerusalem Quarterly, a scholarly journal focused on the city.

The West likes to repeat its criticism of Israel's settlement policy but does nothing to put a stop to it. That's why the two-state solution is just empty talk, writes Joseph Croitoru. (06.01.2017)