Three prison guards and 29 inmates have been killed after a riot broke out at a high-security prison in Tajikistan. It is the second deadly prison disturbance in the country in the space of six months. 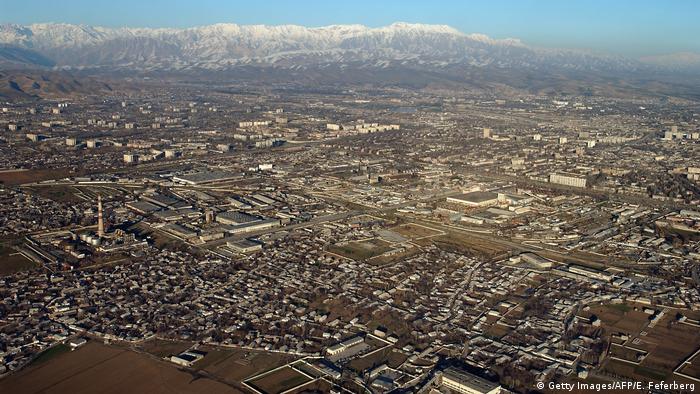 Convicted "Islamic State" (IS) militants detained in a high-security prison in the Tajik city of Vahdat killed three guards and five fellow prisoners, the country's justice ministry said on Monday.

The incident occurred late on Sunday after the militants, armed with knives, started a riot in the facility, which houses 1,500 inmates, including people convicted of religious extremism.

The prisoners first stabbed to death three guards, and then five other inmates "in order to intimidate" the others, the ministry said. Security forces killed 24 militants and restored order in the prison, which is located on the outskirts of the capital, Dushanbe.

One of the instigators of Sunday's riot was Bekhruz Gulmurod, the 20-year-old son of the former head of Tajik special forces who defected to IS four years ago and who has since been killed, according to the ministry.

IS claimed responsibility for another Tajik prison riot last November, which followed a deadly attack by its followers on Westerners a few months earlier. Four tourists on a cycling holiday — from the United States, Switzerland and the Netherlands — were killed in the July 2018 attack by a hit-and-run driver.

The perpetrators "were soldiers of the "Islamic State" and carried out the attack in response to calls to target the citizens of the coalition countries," a statement by the group said.

The former Soviet Republic of Tajikistan is a landlocked country bordering Afghanistan, China, Kyrgyzstan and Uzbekistan. It is the first country in the world to have signed a memorandum with China on building the Silk Road Economic Belt, also known as the "One Belt, One Road" (OBOR) initiative.

Police officers and alleged rebels have been reported dead after attacks in Dushanbe, Tajikistan. The government has blamed an ex-deputy defense minister as well as the country's Islamic opposition for the violence. (05.09.2015)