Despite a tumultuous political relationship, China and Taiwan have always maintained a steady exchange of tourism. But a recent decline in Chinese tourists to Taiwan has highlighted just how vital this exchange is. 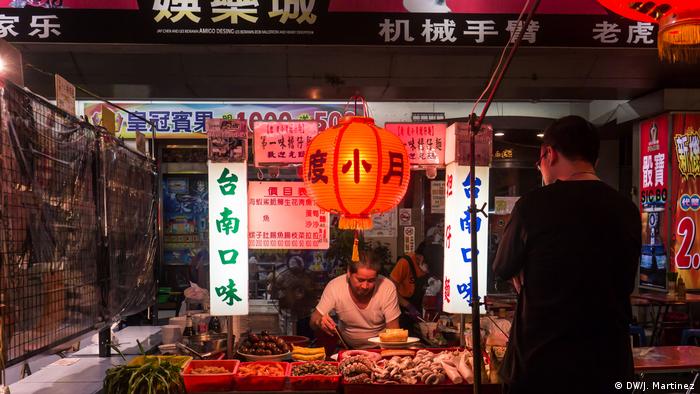 According to statistics from the Taiwan Tourism Bureau, Chinese tourist arrivals in Taiwan peaked in 2015, with four million Chinese visitors descending on the island during that year.

But this number has since fallen as the political relationship between the two sides has soured following the presidential election victory for Taiwan's pro-independence Democratic Progressive Party (DPP) in May 2016. Since the election of President Tsai Ing-wen, who has refused to publicly endorse Taiwan as being part of "one China," Chinese tourism to Taiwan has dropped significantly.

Although the numbers are now on the rise again — Chinese tourist visits in February 2018 grew 43.24 percent when compared to those in February 2017 — the 60 percent decline in the number of Chinese tour groups visiting in 2017 was a significant factor in Taiwan's overall tourism revenue loss of over €1.7 billion ($2.03 billion) last year.

This loss came at a time when Taiwan experienced a record high of international visitors, with more than 10.7 million tourists from around the world visiting the territory in 2017.

Robert Kao, lecturer at Shih-Chien University's Department of Tourism Management, points out that this seems at odds with the country's tourism revenue loss — Taiwan welcomed more visitors than ever in 2017, but still suffered a blow to its profit margins. This, he says, is reflective of the extraordinary impact that Chinese tour groups have on Taiwan's tourism industry.

"Each [Chinese tourist] can contribute an average of $203 per day," Kao told DW. "It is a big blow to Taiwan's tourism revenue when we lose more than 1 million Chinese tourists between 2016 and 2018."

In response to this decline, organizations like the Taipei Association of Travel Agents (TATA) have started to reform the tourism industry, urging travel agencies to shift their focus from organized tours for Chinese visitor groups to more customized local tours catering to individuals.

According to Wu Chien-Chih, chairperson of TATA, this reform is aimed at helping travel agencies that used to rely heavily on Chinese tour groups to avoid going out of business at a time when the number of Chinese tour groups is rapidly declining. The Taiwanese government has begun to ease visa restrictions on tourists from several Southeast Asian countries, like Thailand, Vietnam and the Philippines, as well as opening up new air routes.

Wu believes that it is necessary for Taiwan's tourism industry to diversify its business model at a time when it is facing a fundamental change in its clientele.

"We are urging travel agencies to focus more on organizing tours catering to a wider group of tourists, while continuing to ask the government to work on restoring touristic exchanges between Taiwan and China," Wu told DW.

However, Kao believes that the effect of focusing on tours tailored to individual travelers from Southeast Asia will be limited, since they are unlikely to contribute as much as visitors coming with Chinese tour groups.

According to him, most Chinese tour groups will spend at least eight to nine days touring around Taiwan, while most individual tourists from China or Southeast Asia spend an average of four to five days around urban centers throughout Taiwan.

"When these individual tourists can't travel around the whole island like Chinese tour groups, their contributions to tourist attractions, restaurants and hotels are not comparable to those that Chinese tour groups can make," said Kao.

In order to survive, Kao suggests that Taiwan's tourism industry focus on showcasing the island's unique food culture, as this is an area that can help Taiwan stand out. He also thinks integrating Taiwan's specialized industries like fish farming and quality agriculture into tours tailored for Chinese tour groups can help diversify Taiwan's tourism base and increase revenue.

As the number of Chinese tourists in Taiwan begins to show signs of growth again in 2018, Kao thinks Taiwan's tourism industry has surpassed the worst period of decline.

Even though cross-strait relations remain tense, he believes that touristic exchange among citizens has the power to promote mutual understanding in a positive way.

"The biggest wish of the tourism industry is for tourism and travel to become a medium for both sides to engage in more positive interactions," said Kao.

First Chinese-built aircraft carrier takes to the waves for trials

China has again urged foreign airlines operating in the country to change the way they refer to Taiwan, Hong Kong and Macau to comply with Chinese law. The US had dismissed the demands as "Orwellian nonsense." (07.05.2018)