With the second-largest defense spending in the world, measuring over $150 billion in 2017, China is rapidly modernizing the People's Liberation Army (PLA) and could soon pose serious challenges to US military dominance. 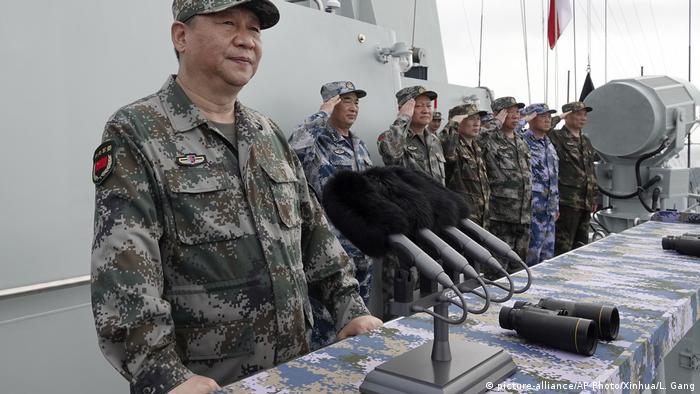 For the first time since 2015, China held a live-fire military exercise in the Taiwan Strait on April 18, aiming to intimidate self-governing Taiwan while showcasing its much-improved military strength. Under the rule of President Xi Jinping, China has outlined a major plan to upgrade its weaponry while conducting a personnel reshuffle to modernize the People's Liberation Army (PLA).

In his report to the Communist Party's 19th national congress last October, Xi mandated Beijing to complete the modernization of the PLA by 2035 and transition into a major military power by 2050.

He said that embracing information technology and modern military strategies will help improve the PLA's combat strength and military capability.

According to Military Balance 2018, an annual report published by the International Institute for Strategic Studies (IISS), after maintaining a double-digit growth in defense spending for years, Beijing has aligned its military budget with GDP growth of 6 to 7 percent since 2016. Among different branches of the military, China has made tremendous progress in modernizing the PLA's air and naval forces, acquiring technical abilities that help to close the military gap between China and the US. 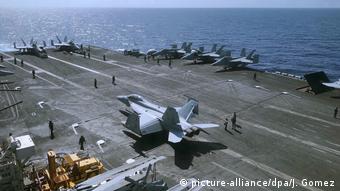 As China prepares to form a front-line unit, made up of J-20 low observable combat aircrafts, such development poses a serious challenge to the US' dominance in stealth technology. Additionally, with an expanded line-up of PL-15 extended range air-to-air missiles equipped with active electronically scanned array (AESA) radars and its first Type-055 cruiser, China is aggressively developing area-denial capabilities to keep the US and its allies away from its shore.

"China has made impressive strides in a number of key areas that it sees as crucial to deterring potential adversaries and, if necessary, winning future wars," Michael Chase, a senior political scientist at Rand Corporation, told DW.

Experts point out that the efforts to modernize the PLA show that China understands how the realm of modern warfare has changed since the PLA was founded. According to Meia Nouwens, Research Fellow for Chinese Defense Policy and Military Modernization at IISS, China is preparing its capabilities for potential conflict that may take place in the sea, air, cyber and space domains. 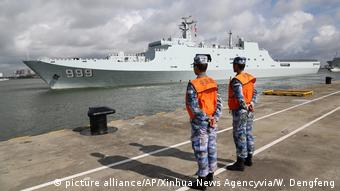 Despite the commitment to upgrade and modernize its military capabilities, China still lacks experience in combat and training for joint operations. Additionally, corruption and outdated organizational structure are the persistent challenges facing the PLA. To address these issues, Xi Jinping has launched a major anti-corruption campaign and a sweeping reorganization of the PLA to target misconduct in the PLA while helping the military to maintain a high level of combat readiness.

"Under Xi, China has made a determined effort to address a number of problems that it [considers] as keeping it from accomplishing these military modernization goals despite major advances in technology," Chase told DW.

Analysts said that Beijing is seeking to become the dominant regional military power in the Asia Pacific, aiming to challenge US dominance in the region by setting its sights on the first island chain and beyond, which include several US military allies neighboring China.

Moreover, through the Belt and Road Initiative (BRI,) China's investments have expanded to regions that are less stable, and in order to safeguard these investments and Chinese citizens working abroad, China sees the need to become capable of projecting military power beyond its neighboring areas.

"It is a deliberate calculation by Beijing that it feels that part of its growing national status includes its ability to [deliver] military capability on a wider scale," Nouwens told DW.

Global expansion to diminish US dominance

China opened its first overseas naval base in Djibouti, a small nation in the Horn of Africa, on August 1, 2017, signaling Beijing's intention to project its military power beyond the Asia Pacific.

A study released by an American data-driven research organization, C4ADS, argued that the 15 China-funded port projects in the BRI are not established to materialize the win-win scenarios offered by Beijing. Instead, these projects are used to advance China's national security interests. 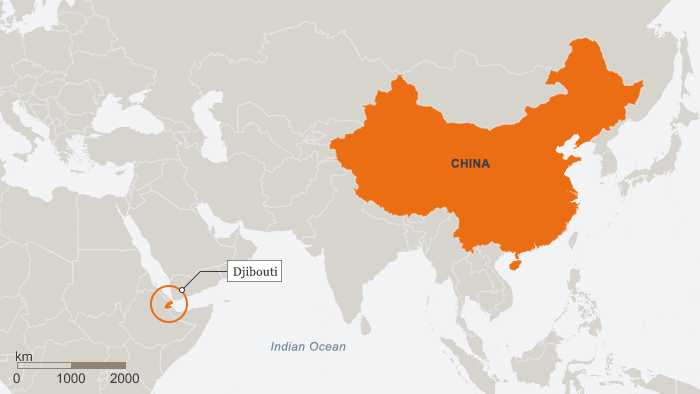 Djibouti is located 6,688 km from China

Researchers said that the strategic investments in the 15 ports across the Indo-Pacific region reflect China's ambition to become a rising maritime power. Chase predicts that China could potentially establish a few more bases in the next few years as the BRI offers Beijing an opportunity to expand its naval influence beyond its neighboring regions.

Apart from modernizing the PLA's military capabilities, experts at IISS also highlight China's efforts to export advanced military equipment to other countries, predicting that Western defense planners will have to be prepared for a threat environment that is potentially more complex in the future.

As China continues its efforts to modernize the PLA and expand its military influence, Nouwens thinks that Beijing is posing both direct and indirect challenges to the US and its allies.

"There is a clear action-reaction dynamic between Beijing and Washington in the military realm."

She adds that while the Indian Ocean, Middle East and Africa remain the regional priorities for China, Beijing has also deployed naval vessels to the Mediterranean and Baltic Seas since last year, reflecting its growing military capabilities and ambition.

"The increasing regularity of these deployments is an indicator of [China's] growing confidence and ambition," said Nouwens.

A Pentagon report says Beijing may be looking to build a base in Pakistan. The document also suggests that China may be spending a great deal more on defense than it has admitted. (07.06.2017)