The president closed the two-week National People's Congress with the promise of a new era of military might. Xi said that any nation interfering in China's territorial integrity would face "the punishment of history." 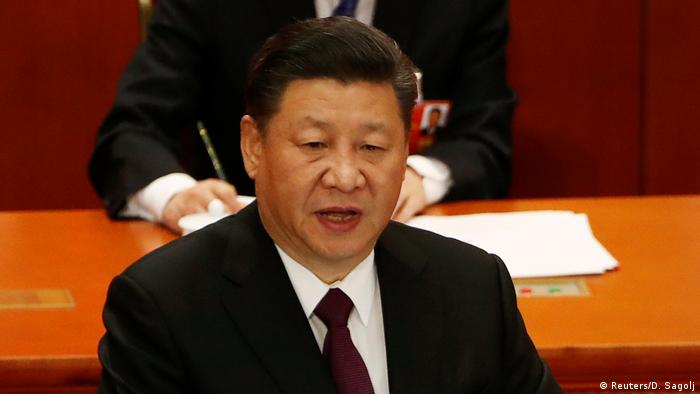 Chinese President Xi Jinping ended China's annual session of parliament on Tuesday with a strongly nationalistic speech, saying China would never allow any part of its territory to be separated from it.

The speech offered the strongest warning to Taiwan, a self-ruling island, against any attempt at further separating itself from the Chinese mainland. Xi also promised a "new era" of international military and economic supremacy for his country. However, he also said that Beijing would not become a belligerent force.

The key points of Xi's speech:

Why this matters: Xi's words carry even more weight than usual this year. The People's Congress scrapped presidential term limits, paving the way for Xi to rule indefinitely after his current term ends in 2023. His political ideologies - in particular, his vision for a "world-class" military - which have already been enshrined into the party charter, will continue to hold sway for many years to come. This could prompt fears of what a highly-modernized Chinese army might mean for its many territorial disputes in the region, including in Taiwan and the South China Sea.

What is the National People's Congress? At 2,924 members, China's legislature is the largest in the world. It meets once a year for two weeks to decide major legislative changes and elect new officers of state. It has been described as a "rubber stamp" parliament, as it functions primarily to approve proposals already agreed upon by the president and his staff. 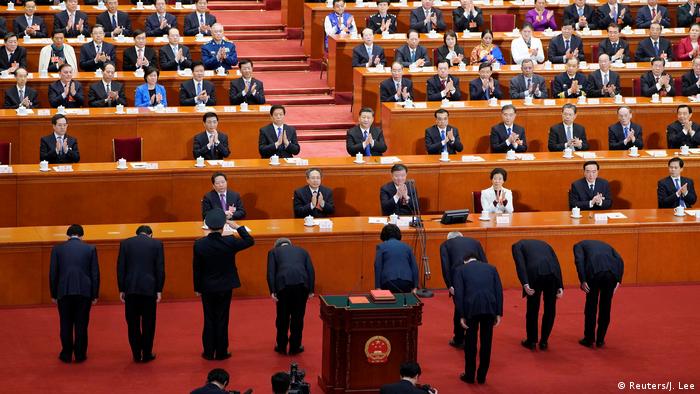 Other key developments: The Congress also saw a number of Xi's most loyal allies promoted to top positions. His former anti-corruption chief Wang Qishan was appointed vice president, while his key economic adviser Liu He became deputy premier. The parliament also changed the country's constitution to broaden the role of the Communist Party in everyday affairs.

Most powerful leader since Mao: Beijing's propaganda machine was working overtime to promote the idea of Xi's lifelong presidency, calling him the country's "helmsman," — a reference to Chairman Mao, who was known as the "great helmsman." The censors also led a massive crackdown on social media criticism of Xi's potential lifelong presidency, banning words like "emperor" and "I disagree."

The Chinese government has urged the US to "correct its mistake" regarding President Donald Trump's recently approved "Taiwan Travel Act," which allows unrestricted two-way travel for officials from the US and Taiwan. (18.03.2018)