China has again urged foreign airlines operating in the country to change the way they refer to Taiwan, Hong Kong and Macau to comply with Chinese law. The US had dismissed the demands as "Orwellian nonsense." 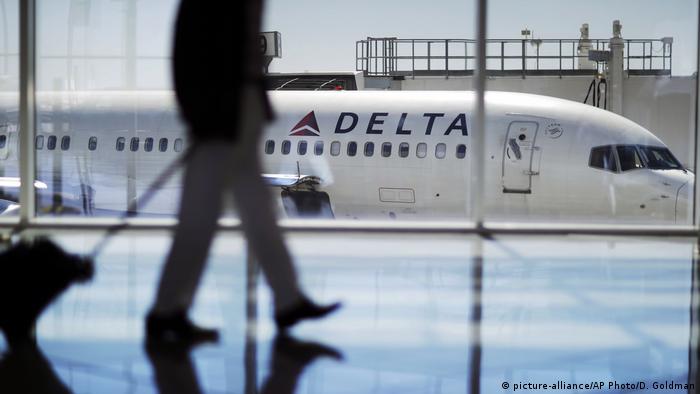 Beijing's Foreign Ministry on Monday doubled down on demands that foreign airlines refer to the self-governing regions of Taiwan, Hong Kong and Macau as a part of China.

"Foreign enterprises operating in China should respect China's sovereignty and territorial integrity, abide by China's law and respect the national sentiment of the Chinese people," ministry spokesman Geng Shuang said in a statement.

Beijing's statement comes after the White House on Saturday revealed that China's Civil Aviation Administration had last month demanded that 36 foreign carriers, including four US airlines, no longer refer to the disputed regions as separate countries.

In a statement on Saturday, US Press Secretary Sarah Huckabee Sanders decried the demands as "Orwellian nonsense," going on to accuse Beijing of attempting to export censorship and political correctness to the US and the rest of the free world.

Taiwan has remained a self-ruling entity since splitting from mainland China after the 1949 civil war. It maintains its own government, military and independent foreign policy. Beijing, however, refuses to recognize the island's sovereignty, instead viewing it as part of its territory awaiting reunification with the mainland. Relations between the two sides have taken a turn for the worse since the 2016 inauguration of Taiwanese President Tsai Ing-wen, who has refused to endorse Beijing's view that the island belongs to it.

The US has since 1979 sought to maintain a delicate diplomatic balance. Known as the "One China" policy, Washington has openly acknowledged Beijing's sovereign claim while simultaneously remaining Taiwan's unofficial ally and main arms supplier.

Meanwhile, Hong Kong, a British colony until 1997, and Macau, a Portuguese colony until 1999, are now classed as "special administrative regions" belonging to China. In Hong Kong, the Chinese Communist Party has repeatedly found itself confronting, and suppressing, several pro-Democracy groups.

Several foreign firms, including Delta Air Lines, hotel operator Marriott and fashion brand Zara, have issued official apologies for referring to Taiwan, Hong Kong and even Tibet as countries on their websites and promotional material.

Back in January, Australia's Qantas Airways said it had changed the classification of Taiwan and Hong Kong from separate countries to Chinese territories, blaming the designation on an "oversight."

Larry King: Legendary US TV host dead at 87 54m ago