An ingenious way in which North Korea earns foreign exchange is by renting out its embassy buildings abroad, like in the German capital Berlin, although a UN resolution has explicitly banned this very practice. 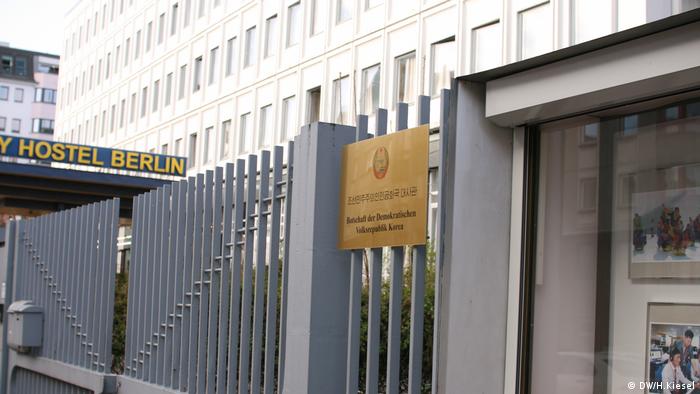 A raft of stringent international sanctions has so far failed to make a serious dent on the coffers of the reclusive communist regime in North Korea.

One reason behind it is the continuing trade with China, which does not want to see an economic collapse in the North. Another factor is that the regime in Pyongyang apparently continues to have clandestine channels of financing. The money obtained by these means is used to pep up domestic support for the regime.

One of the least secretive sources of foreign exchange is the renting out or leasing of North Korean embassies abroad. The tactic has rattled many foreign governments.

In March, the South Korean news agency Yonhap reported that Bulgarian authorities had reminded North Korea that it's not allowed to rent out its embassy building in Sofia.

Other countries, such as Laos and Egypt, have also expelled North Korean diplomats involved in commercial activities.

These countries refer to the UN Resolution 2321, passed in November 2016, which states: "All Member States shall prohibit the DPRK from using real property that it owns or leases in their territory for any purpose other than diplomatic or consular activities."

Not far from Berlin's Brandenburg Gate lies the "Cityhostel Berlin," on the Glinkastraße (main picture).

Renting a bed in one of the hostel's shared rooms costs 17 euros per day, while a single individual room costs 35 euros.  The building in which the hostel is located is part of the North Korean Embassy in Berlin.

Tensions stoke fears of a first strike against North Korea

Repeated warnings have so far failed to veer Pyongyang off its missile development course. As regional tensions spike, some in the South fear they will be the biggest losers if fighting breaks out. Julian Ryall reports. (05.04.2017)

As he prepares to meet China's leader Xi Jinping, US President Donald Trump says his administration is ready to act unilaterally on North Korea. But analyst Günther Hilpert says the threat will amount to nothing. (03.04.2017)

According to a report published by German daily Die Welt, North Korea had been granted "unlimited rights" with regard to the use of the building complex by the former East Germany, prior to German reunification.

Since 2007, the building has been rented out to a Berlin hotel operator. In 2008, its renovation began to turn "the numerous offices into comfortable single and multiple bedrooms with modern sanitary facilities," reported German weekly Der Spiegel.

"The building is owned by North Korea," an employee working at the hostel told DW on condition of anonymity. But the person refused to divulge any contractual information.

Germany's foreign ministry refuses to comment on the issue, with the spokesperson merely issuing this statement: "We are closely monitoring potential violations of the sanctions regime imposed by the UN Security Council and, together with our partners, strictly observing the sanctions against North Korea."

The hotel, meanwhile, seems to be doing brisk business, with only a few rooms still remaining available in April and May.