As he prepares to meet China's leader Xi Jinping, US President Donald Trump says his administration is ready to act unilaterally on North Korea. But analyst Günther Hilpert says the threat will amount to nothing. 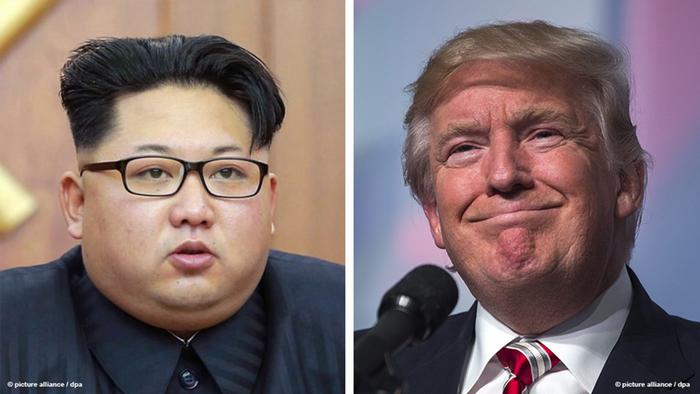 DW: US President Trump said if China will not cooperate in ending North Korea's nuclear and missile threat, the US will move to do so alone. What is your take on this?

Hanns Günther Hilpert: The statement is a clear contradiction. If the US could solve the North Korean problem without Chinese help, then Trump wouldn't need to discuss the issue with President Xi at all.

Basically, the US has various options to tackle the North Korean issue. But all those options would either pose high risks or be ineffective and produce no desired outcomes. 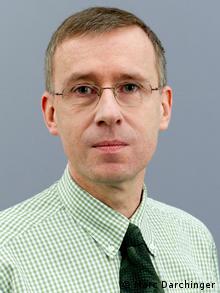 Dr. Hanns Günther Hilpert is head of the Asia research division at the German Institute for International and Security Affairs

What options would Trump have should he choose to act unilaterally?

President Trump could be thinking of conducting preemptive strikes to destroy North Korea's nuclear and conventional arsenal. But this strategy carries with it substantial military and political risks.

Another possibility is to obstruct the North's uranium enrichment, although it's unclear whether or not this can be done.

There are also other options such as imposing a sea blockade, shooting down a North Korean rocket when it is midair or a further tightening of the already stringent sanctions regime.

North Korea has so far remained unfazed by threats from Washington. What does Pyongyang have to deter a US-led military intervention?

If the US intervenes militarily, there is a risk that North Korea will strike back. This need not be nuclear, but could rather be conventional. The demarcation line separating the North from the South is very close to the Seoul metropolitan area.

The North's firepower would have a devastating impact on Seoul, leading to huge and unacceptable levels of human casualties and material destruction.

Why doesn't the US want to negotiate with North Korea?

In my opinion, negotiation is a non-issue for the US. There have been bad experiences in the past negotiating with North Korea. And if an agreement were to be made, it wouldn't be credible because the North Koreans are known not to observe treaties.

There are a lot of incentives for North Korea to continue with its current behavior. At best, negotiations could delay the development of weapons. This is why the Trump administration talks more about sanctions than negotiations. With this in mind, a return to the so-called "six-party talks" would also offer no solutions.

What leverage does China have?

North Korea and China share a long land border. Trade with China makes up 90 percent of North Korea's foreign trade. Without Chinese imports and without the use of the land border for movement of goods, North Korea would face critical economic issues. So we see how China can apply leverage against North Korea in the medium term.

What China cannot do is actually control events that take place in North Korea. China must therefore also deal with the risk posed by instability and unrest in North Korea.

Do you expect any breakthroughs on these issues during the meeting between Xi and Trump?

I am curious about what will come of these talks, but now is not the right time to speculate.

Dr. Hanns Günther Hilpert is head of the Asia research division at the German Institute for International and Security Affairs.

This interview was conducted by Haiye Cao.