US President Donald Trump said if China will not cooperate in ending North Korea's nuclear and missile threat, the US will move to do so alone. Trump also took the time to respond to claims he is hostile to the EU. 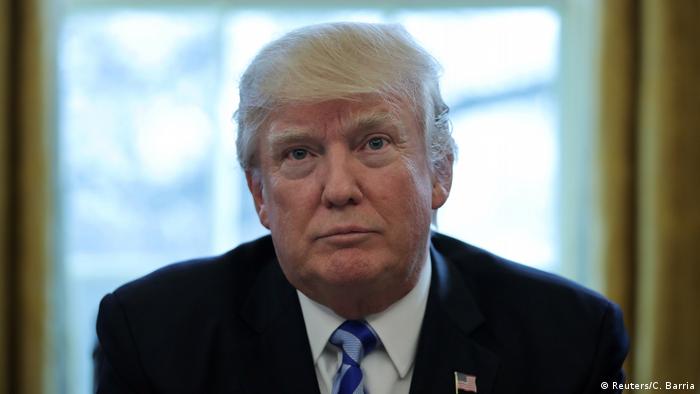 The US president issued the warning in an interview with the "Financial Times" newspaper in which he also declined to outline a specific plan for how the US might challenge North Korea's nuclear ambitions.

"If China is not going to solve North Korea, we will. That is all I am telling you," said Trump, who told the interviewers that he is making a conscious choice to limit how much information he divulges when it comes to strategy.

He said he will discuss North Korea with Chinese President Xi Jinping when they will meet for the first time at Trump's Mar-a-Lago resort on Thursday and Friday.

"China will either decide to help us with North Korea, or they won't. And if they do that will be very good for China, and if they don't it won't be good for anyone," said Trump. 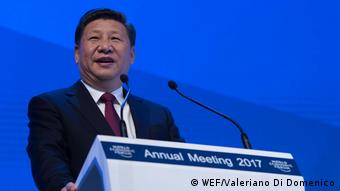 Foreign policy appointees in Trump's administration have made comments echoing his stance regarding China.

Speaking on US political show "This Week," US Ambassador to the UN Nikki Haley agreed that China needs to cooperate on handling North Korea.

"They need to put pressure on North Korea. The only country that can stop North Korea is China, and they know that," said Haley.

US review on North Korea ready

Trump's national security aides have completed a review of US options to pressure North Korea into curbing its nuclear and missile programs on Sunday, according to a US official.

The review, completed by the National Security Council on Trump's orders, considers a variety of economic and military measures, but emphasizes new sanctions as well as placing more pressure on China to exert control over Pyongyang.

Trump: US ready to act alone on North Korea

US Secretary of State Rex Tillerson said in March that military action against North Korea was an "option on the table"after visiting the demilitarized zone that separates North and South Korea.

North Korea has conducted five nuclear tests, including two in 2016. A recent launch saw three missiles come as close as 300 kilometers (186 miles) from the Japanese coast.

Trump's deputy national security adviser, K.T. McFarland, said there was a "real possibility" that North Korea could develop a nuclear-armed missile capable of reaching the US by the end of Trump's four-year term, according to the Financial Times.

China is North Korea's only ally, and provides food and other aid to the politically isolated and impoverished nation.

China also previously imported coal from North Korea, but banned imports of the fossil fuel for the rest of 2017 in retaliation for a North Korean missile test in February. Selling coal is an important source of income for Pyongyang.

Despite the ban, US officials have claimed China continues to import North Korean coal through "front companies" in the northeast Chinese city of Dalian. UN Ambassador Haley has urged China to halt the covert imports.

Trump has often indicated he will have a combative and distrustful approach to relations with Beijing, although his tone has softened somewhat in recent weeks.

While campaigning, Trump  repeatedly slammed China for "raping" and "killing" the US on trade issues. He has pledged to reduce the US trade deficit with China and threatened import taxes on products from the country.

Before taking office, Trump also drew stern rebukes from Beijing for accepting a congratulatory telephone call from Taiwan's president, Tsai Ing-wen. The phone call appeared to break with the US' decades-long "One China" policy under which official diplomatic contacts with Taiwan were to be avoided.

Tillerson met with Xi in Beijing in March and said Trump was looking forward to "enhancing understanding" with China. Tillerson said the two countries will work together in addressing North Korea's nuclear program.

The paper also took the opportunity to ask the president about his apparent snubbing of German Chancellor Angela Merkel. In an incident that quickly went viral, Trump apparently refused to shake the chancellor's hand when both journalists and Merkel herself asked him to during a photo op at the White House earlier this month.

"I shook hands about five times and then we were sitting in two seats...and I guess a reporter said 'shake her hand.' I didn't hear it."

Trump also responded to criticism that because of his apparent friendliness with pro-Brexit campaigners like Nigel Farage, he would be glad to see the EU break down entirely.

"I would have thought when it happened that more would follow," the president said, referring to last June's referendum, "but I really think the European Union is getting their act together."

US President Donald Trump is launching a campaign to pinpoint nations and goods responsible for his country's huge trade deficit. It's a protectionist warning shot directed at trade partners like China and Germany. (31.03.2017)