It's still unclear whether the talks in Vienna will lead to the restoration of the 2015 nuclear deal. The negotiations come as Iran holds presidential elections next week. 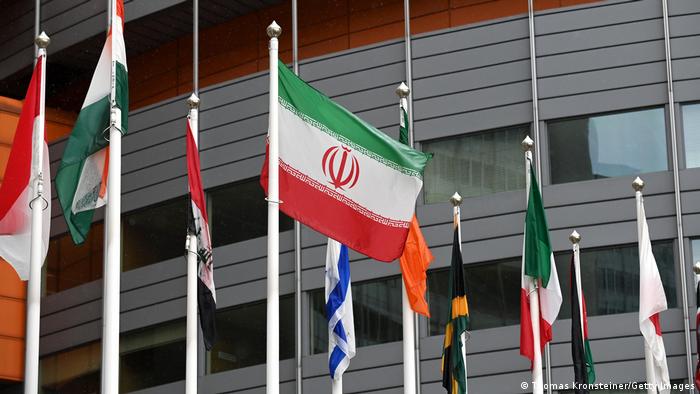 Nuclear talks between Iran and major world powers restarted in Vienna on Saturday, with Germany urging quick progress during this latest round of negotiations.

"It is about flexibility and pragmatism from all participating parties," German Foreign Minister Heiko Maas told Reuters news agency about ongoing efforts to possibly revive the 2015 Iran nuclear deal, formally known as the Joint Comprehensive Plan of Action (JCPOA).

"Playing for time is in no one's interest," he added.

In addition to Germany, representatives from Iran, Russia, China, France, the UK and the EU met for the negotiations, which are taking place in the basement of the luxury Vienna Grand Hotel.

The United States, which withdrew from the deal in May 2018, is also engaged indirectly in the talks.

Top Russian diplomat Mikhail Ulyanov told reporters Saturday after the meeting that negotiators "need a couple more weeks" to work on the details of the deal.

"Progress is there but it is not as fast as we would have preferred," Ulyanov said. "But I remain optimistic. Despite the remaining differences, the trend is positive."

The EU has also expressed optimism about the talks.

"We are making progress, but the negotiations are intense and a number of issues [remain], including on how steps are to be implemented," EU representative Alain Matton told reporters in Vienna.

"The EU will continue with the talks with all the participants , and separately with the US, to get very close to a final agreement in the coming days," Matton added.

Top Iranian negotiator Abbas Araghchi, on the other hand, said he believes it is unlikely the countries will come to an agreement prior to Iranian presidential elections on Friday.

"I don't think we will be able to reach a final conclusion this week," Araghchi said, according to Iranian state media.

Araghchi has previously called on the US to lift sanctions, and said Iran would then fully implement the deal in turn.

What's the current status of the Iran nuclear deal?

The Iran nuclear deal was jeopardized after former US President Donald Trump withdrew the US from the agreement in 2018.

Trump also reinstated US sanctions on Iran that had previously been lifted as part of the deal, which escalated tensions between Washington and Tehran.

Trump's successor, President Joe Biden, has expressed willingness for the US to reenter the agreement, which outlines provisions to monitor and limit Iran's controversial nuclear program in exchange for sanctions relief.

At the same time, the Biden administration has vowed to consult Israel on the agreement, a top US ally in the Middle East that staunchly opposes the deal.

The US on Thursday lifted sanctions on three Iranian officials and two companies, in a possible goodwill gesture ahead of negotiations.

However, the US State Department has denied a connection between the lifting of these sanctions and the Vienna talks.