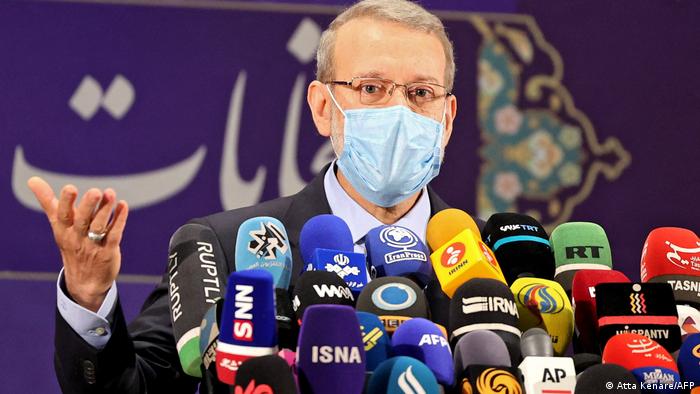 That deal — quit by the former US Trump presidency, leaving Iran again under crippling economic sanctions — is now subject to fragile revival talks in Vienna.

Also to register his candidacy Saturday was hardline judiciary chief Ebrahim Raisi, appointed by Khamenei in 2016 as the "trustworthy" head of the Iman Reza foundation that runs a conglomerate of Iranian businesses and charities. 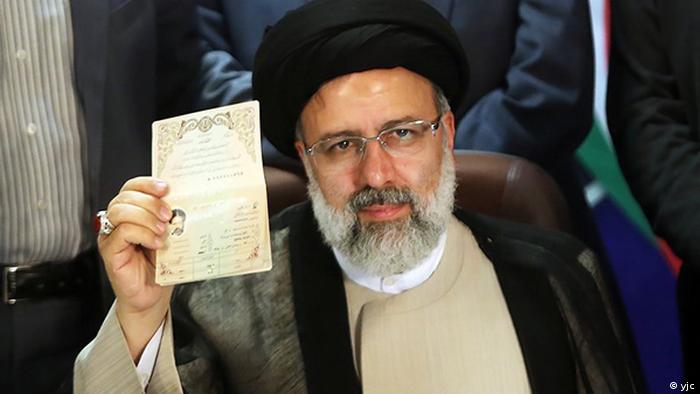 International rights groups assert that back in 1988 Raisi took part in a panel involved in prisoner executions at the end of Iran's long war with Iraq.

Raisi, 60, also ran for president in 2017 but lost to incumbent moderate President Hassan Rouhani, who is excluded from a third term next month by the Iranian constitution.

Rouhani was allied with Larijani during the 2015 bid to end Iran's isolation but criticized by Iranian hardliners intent on expanding the nuclear program.

Another to register before the electoral deadline on Saturday was Mohsen Hashemi Rafsanjani, a Tehran city councilor described as reformist and the eldest son of the late former President Akbar Hashemi Rafsanjani.

Former hardline president Mahmoud Ahmadinejad had registered last Wednesday, though Khamenei had blocked his return in 2017.

Iran heads into its June election amid rising public discontent over its sanctions-crippled economy.

Larijani, until 2020 speaker of Iran's parliament and an adviser to Khamenei, said Saturday: "I hope the negotiations [in Vienna] produce results."

Larijani, earlier this year also had a role in a 25-year Iranian strategic agreement with China.

Once registration ends, presidential bidders will be screened by Iran's hardline 12-member Guardian Council. Six of its members are appointed by Khamenei.

The Russian foreign minister has arrived in Tehran for talks with Iranian leaders on how to salvage the nuclear agreement with world powers. Talks on EU sanctions and the 'cyber operation' at Natanz are also expected.