The IAEA will not be able to monitor Iran's nuclear activity after the end of a three-month arrangement. The development comes as world powers continue to make attempts at restoring the 2015 nuclear deal. 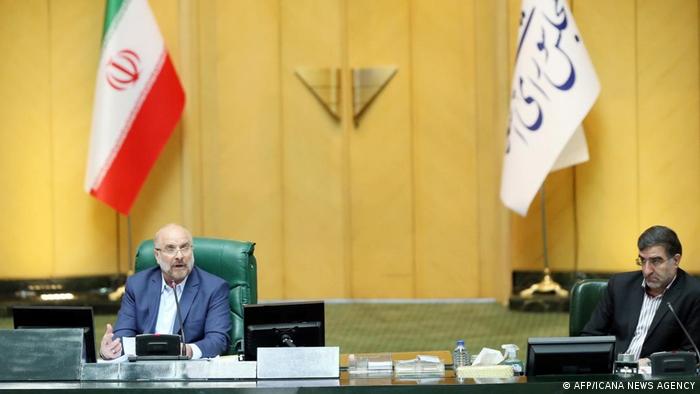 The three-month arrangement has come to an end, with its 2015 nuclear deal still up in the air.

The expiration of the arrangement means the UN watchdog will no longer have access to Iran's nuclear data held at atomic sites across the country.

"From May 22 and with the end of the three-month agreement, the agency will have no access to data collected by cameras inside the nuclear facilities agreed under the agreement," Mohammad Baqher Qalibaf said on state TV.

Qalibaf's comments further underscored the narrowing window for the United States and others to resuscitate a nuclear accord with Tehran. The Islamic Republic is already enriching and stockpiling uranium at levels far beyond those permitted in the 2015 deal (JCPOA).

In December, Iran's parliament passed a bill that would suspend part of UN inspections of its nuclear facilities if European signatories did not provide sanctions relief on its oil and banking sectors by February.

The IAEA subsequently sealed a three-month arrangement with Iran so it could access information and images, with Tehran threatening to delete them afterward if no deal had been reached.

As part of the arrangement, the IAEA could gather and analyze "hundreds of thousands of images captured daily by its sophisticated surveillance cameras."

The IAEA said earlier this week it was in talks with Tehran on how to proceed with the monitoring deal but those discussions have yet to yield a solid outcome.

Iran has sentenced a UK-Iranian woman to another year in prison — after she already served 5 years for alleged spying. Nazanin Zaghari-Ratcliffe's supporters say Tehran is using her as collateral in a financial dispute.