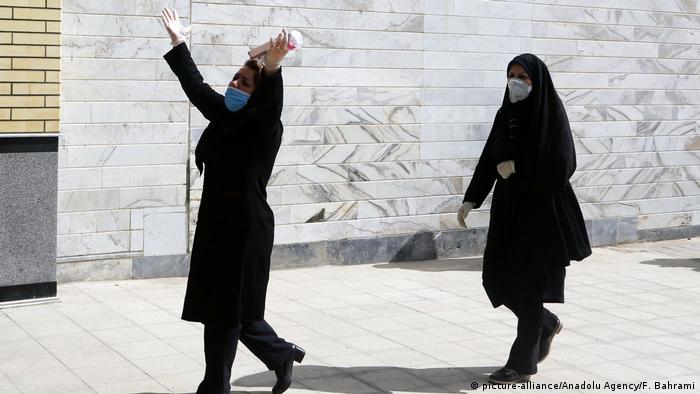 Researchers at the respected Sharif University of Technology in Tehran have created a computer simulator to test different scenarios for the further spread of COVID-19, the disease caused by the novel coronavirus, across Iran. They concluded that in a best-case scenario — in which the government quarantines all high-risk areas, people strictly obey quarantine rules, and access to sufficient medical supplies is guaranteed — the country would reach the peak of the epidemic in roughly one week, and the death toll would exceed 12,000.

Yet that scenario is unrealistic in all three instances: The government can't impose quarantine, people will not obey quarantine rules, and the medical supply situation is catastrophic thanks to US sanctions and chronic mismanagement.

Accounting for those realities, the researchers estimate Iran will not reach the peak of the epidemic until late May, and they estimate as many as 3.5 million people could die as a result.

Official statistics already paint a grim picture: More than 16,000 COVID-19 infections had been registered as of Tuesday evening, with 988 deaths.

Iran currently has the third-highest number of coronavirus deaths worldwide, though many suspect the true number of corona-related illnesses and deaths there is far higher than currently known. The World Health Organization (WHO) said Tuesday it believes the actual numbers could be five times higher. 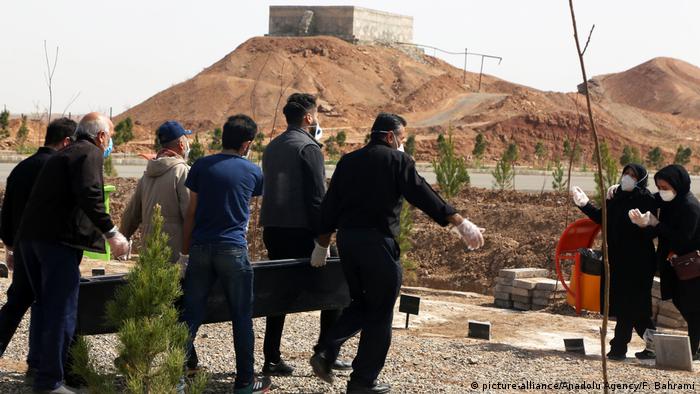 In the city of Qom, where Iran's first death was registered on February 19, workers have been busy digging graves. On March 12, the The Washington Post newspaper published satellite images showing hastily expanded cemeteries, with masses of graves being dug on acres of adjacent land.

The city is also a gathering place for extreme religious devotees who refuse to acknowledge the severity of the situation. After weeks of hesitation, authorities in Qom finally decided to close a shrine devoted to Fatima Masumeh, the great-granddaughter of the prophet Mohammed. But on Monday evening worshippers broke through the barricades of the Shiite pilgrimage site to congregate and pray. It was religious opposition that prevented the national government from putting Qom, just 130 kilometers (81 miles) south of the capital, under quarantine. 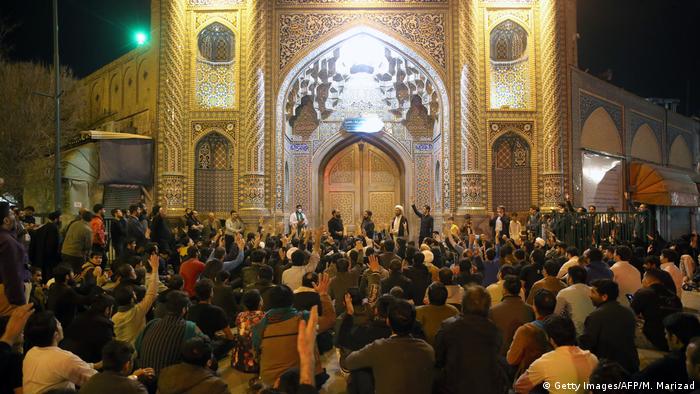 'Quarantine for Tehran is unrealistic'

Tehran, which has the highest number of reported coronavirus deaths in the country, is the scene of government incompetence. On Sunday the country's supreme religious leader, Ayatollah Ali Khamenei, ordered the army to follow instructions from President Hassan Rouhani and his government. Yet, just days earlier Khamenei had instructed the Iranian military, of which he is the commander-in-chief, to take the lead in the fight against COVID-19. It is unclear who is in charge and responsible. 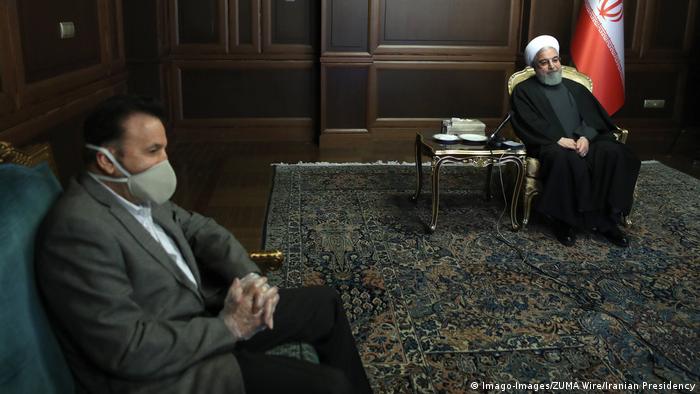 Mohammad Bagheri, the chief of staff of the Iranian armed forces, has said he intends to bring the situation under control within 10 days; there had been rumors of curfews in Tehran. But on Sunday Rouhani sought to dispel them by informing citizens that decisions such as imposing quarantine would be made by a crisis management group within his administration and not outside the government. However, as of yet Rouhani has neither declared a state of emergency nor attempted to put the capital on lockdown.

"We have neither the capacity nor the ability to put Tehran under quarantine," Tehran's mayor, Pirouz Hanachi, was forced to admit. "We can't take care of quarantined people. That is in part because of the sanctions."

Last Thursday, Iran's government applied for a $5 billion (€4.6 billion) loan from the International Monetary Fund (IMF) to fight the epidemic — the first time it has asked the IMF for assistance in over 50 years. Yet, even if it gets the loan, the administration won't be able to shop for much-needed medical supplies: US sanctions make the banking transactions required to secure even medical supplies and humanitarian goods virtually impossible.

Iran is scrambling to contain a coronavirus outbreak that is threatening to spin out of control. Lack of transparency and poor infrastructure are combining to create perfect conditions for the virus to spread. (26.02.2020)

A London-based German scientist is studying the spread and severity of COVID-19. In an interview with DW, Stefan Flasche explains the way he's using math and computers to help to predict how the disease may evolve. (17.03.2020)