Coronavirus: Iranians lose trust in government as virus spreads | Asia | An in-depth look at news from across the continent | DW | 05.03.2020

The relentless spread of COVID-19 in Iran has eroded public trust in the authorities' ability to contain the transmission of the virus. The growing distrust presents a huge challenge for the Iranian government. 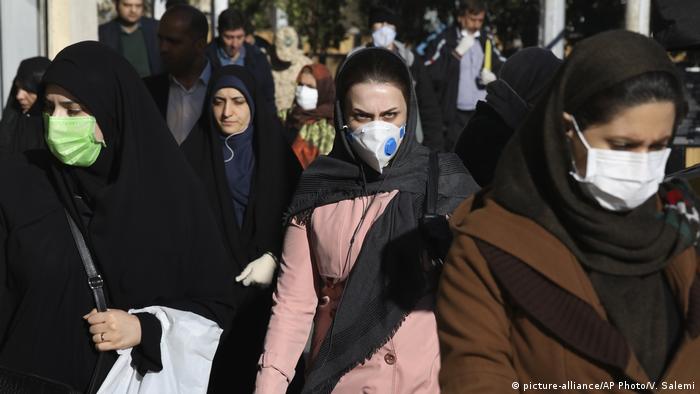 Several cities in the northern Iranian province of Gilan have been placed on the highest alert due to the rapid dissemination of the COVID-19 virus over the past month. Gilan, a popular tourist destination in Iran, is located 200 kilometers (124.2 miles) to the north of the country's capital Tehran.

"When schools in Tehran were shut because of the new coronavirus, many Iranians traveled to the north of the country," Shahla, a young Iranian mother, told DW.

Shahla, who grew up in a small town on the Caspian Sea, is currently living with her family in Tehran. She is angry at people who went north despite official travel warnings.

"My mother still lives in a small town along the Caspian Sea. She tells us about two people in our neighborhood who recently died after a severe cold. Their families are now under quarantine," Shahla said.

Just how serious the situation is became clear last weekend when the governor of Gilan issued a travel warning. The hospitals in Gilan are overcrowded and in urgent need of medical equipment, declared Gholam Ali Jafarzadeh, a member of the provincial legislature.

Ali Jafarzadeh is skeptical about the official figure of 92 deaths in the province due to COVID-19, as of March 4. He suspects the actual number of infections to be much higher.

Iranian authorities have been overwhelmed by the rapid spread of the virus across the country. Despite assurances from health officials, the situation has deteriorated drastically in recent days.

The number of deaths and new infections is constantly being revised upward. In no other country outside China have so many people died from COVID-19 so far.

In 2018, President Donald Trump withdrew the US from the international nuclear deal that global powers and Iran struck in 2015.

Since the withdrawal, Washington has reinstated stringent unilateral economic sanctions on Iran. But humanitarian goods such as medicines and medical equipment have been excluded from these sanctions.

Nevertheless, Iran has been unable to buy medical products on the international markets as banks refuse to conduct transactions with Iranian entities for fear of finding themselves on the wrong side of US law. 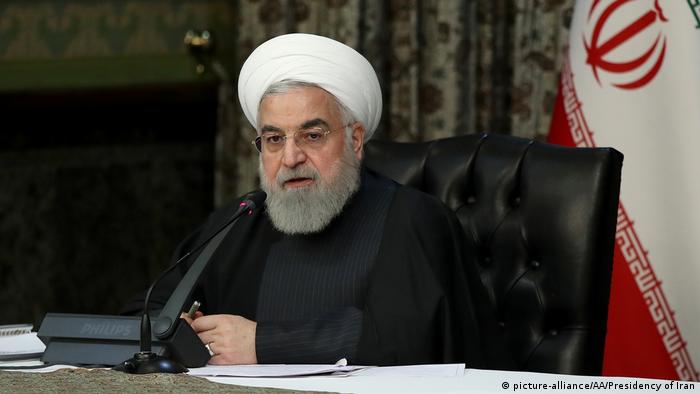 "The relationship between the government and the public is severely damaged," sociologist Saeed Paivandi told DW. "The government is suffering a massive loss of confidence. And this shows in critical situations like now. Due to this distrust, society ignores information given out by the government. In recent weeks, the government has too often had to correct its own statements."

Iranians' distrust of the authorities has increased massively in recent months. The government's botched handling of the accidental shooting down of a Ukrainian passenger plane at the beginning of January has also contributed to the mistrust.

The Shiite holy city of Qom, located some 130 kilometers to the south of Tehran, is the epicenter of Iran's COVID-19 outbreak. It's where the country's first deaths were reported on February 19. Germany’s Robert Koch Institute has for weeks classified Qom — as well as Tehran — as "risk areas" in Iran.

But the Iranian administration has failed to adequately identify, isolate, and treat people who have come in contact with the virus.

Officials were unable to convince the city's clergy of the dangerous nature of the situation and the need to take appropriate measures to contain the virus' transmission.

The government failed to establish quarantines in and around the city. The clergy would have viewed such a measure an "insult to the Shiite saints buried there."

These administrative shortcomings have allowed the infection to spread to other parts of the country.

Given the virus' widespread transmission, even quarantine measures would be of little help now, said Minoo Mohraz, a professor of infectious diseases at the Medical University of Tehran and head of the Iranian Center for HIV/AIDS Control.

Many Iranians, however, have taken to social media to call Mohraz a "liar." She had previously expressed support for quarantine measures. Many Iranians believe Mohraz changed her stance under pressure from authorities.

Nevertheless, Mohraz is respected in the scientific community and is campaigning for a resurgent civil society, said Paivandi. "In recent years, the people of Iran have witnessed systematic repression of non-governmental organizations," he said. "But now the government is facing a huge challenge. Because of the loss of public confidence, it needs the support of civil society. But there are hardly any trustworthy activists left who could help."

Coronavirus: Iran calls on army for help as 23 MPs infected

Iran has confirmed its armed forces are available to assist health officials. European governments are hurrying to control the spread of COVID-19 as Italy's death toll jumped to 79 (03.03.2020)