Iran is scrambling to contain a coronavirus outbreak that is threatening to spin out of control. Lack of transparency and poor infrastructure are combining to create perfect conditions for the virus to spread. 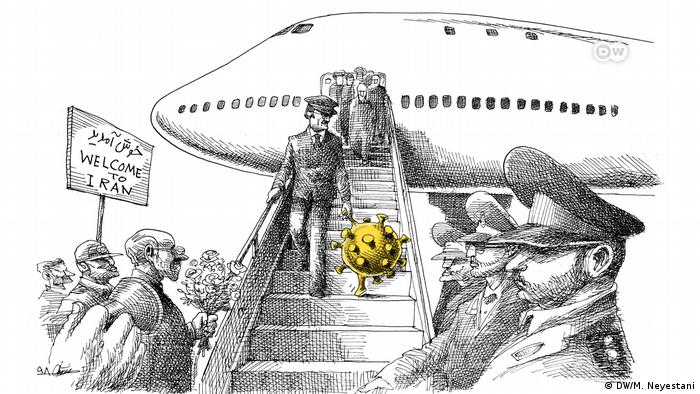 Cases of coronavirus are continuing to increase in Iran, with the country's health authorities on Wednesday reporting 44 new cases and four new deaths in 24 hours. The total number of cases in Iran currently stands at 139. Nineteen people have died so far from the virus.

Iran has porous borders with countries that have very poor medical infrastructure. International health officials are concerned that a coronavirus outbreak in the country could quickly spin out of control and create a new epicenter for an outbreak in the Middle East.

Official information from Iranian authorities shows that the virus appears to be spreading quickly in a short amount of time. The fatality rate of COVID-19 infections in Iran is an alarming 15%, which is the highest anywhere in the world. Iran currently has the highest number of coronavirus deaths outside of China.

The Iranian government is trying to maintain the guise of control, however, Tehran can be hard to trust, and has a track record of blocking information — both to the outside world and among the country's institutions.

Should Iranians trust the government?

This has made the Iranian people skeptical of their government and official statements, which could make a coronavirus outbreak even harder to contain as people defy official orders.

On Monday, the Iranian official responsible for fighting the outbreak, Deputy Health Minister Iraj Harirchi, appeared before the press to urge the Iranian public not to overreact to the coronavirus outbreak and insisted the government has the outbreak under control.

During the press conference, Harirchi was seen sweating profusely and wiping his forehead. The next day, he tested positive for COVID-19. Harichi was not wearing a face mask or other protective items during the conference.

Quarantined in a hospital, he released a video of himself announcing the infection, saying Iran would "defeat" the illness.

Iranian President Hassan Rouhani said on Wednesday that the coronavirus must not become a "weapon" for "shutting down" the Iranian economy, which is already battered by sanctions.

Rouhani also accused Iran's "enemies" of trying to spread fear in the country. Rouhani admitted that it may take "one, two or three weeks'' to get the virus under control.

On Tuesday, US Secretary of State Mike Pompeo accused Iranian authorities of concealing the truth about the outbreak from the Iranian people.

The Iranian government has set up a committee led by government spokesman Ali Rabiei to inform the public about the coronavirus.

Although schools have been closed across the country, and the government has asked people to stay at home, Rabiei warned Iranian media against turning the outbreak into a political issue.

However, videos shared on social media are showing poorly supplied and overrun hospitals. There are reports that coronavirus test kits are running out.

Rabiei has also insisted that official government statistics are correct. However, Ahmad Amirabadi-Farahani, a lawmaker from the city of Qom, said Monday that 50 people in Qom alone have died from coronavirus.

The lawmaker demanded that the city be placed under quarantine, as its facilities are not equipped to deal with the crisis. 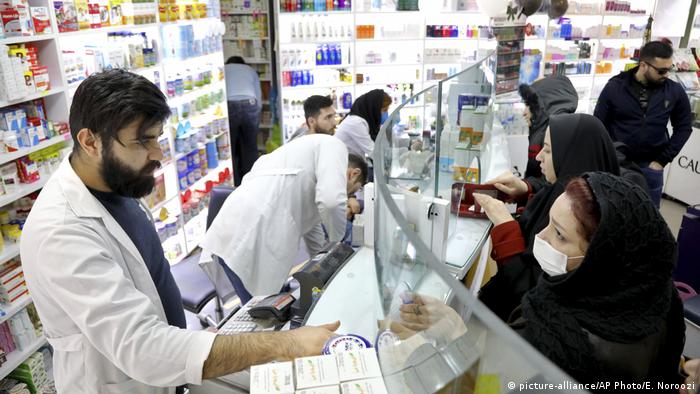 A drugstore in Tehran on February 25

Iranian health officials denied the claims, and Deputy Minister Harirchi said — before he was diagnosed with coronavirus himself — that he would resign if the numbers are even a quarter of 50.

The head of a medical university in Qom, Mohamad Reza Ghadir, told state television that the situation in the city was "critical" and that local health authorities had been ordered by authorities not to publish statistics about the outbreak.

The city of Qom is located 130 kilometers (80 miles) south of Tehran, and is a holy city and pilgrimage destination for Shiite Muslims.  Around 700 Chinese students study Islamic theology there.

Two days after Iran stopped air travel to China in February, Iran's Mahan Air announced the airline would continue flights to China after its CEO met with China's ambassador in Tehran.

The airline is owned by a religious foundation that is close to Iranian hardliners. In January 2019, the German government banned Mahan Air from operating in Germany to protect "foreign policy and security interests." The airline is suspected of helping transport weapons from Iran to Syria.

For continuing flights to China as the coronavirus was spreading, Shirin Ebadi, an Nobel Prize-winning Iranian legal scholar said that the airline's CEO, Hamid Arabnejad, should be held accountable for endangering public health.

Mahan Air says it is not responsible for transporting the coronavirus to Iran. On February 20, the airline said it has operated only a few flights to China since the beginning of February, and all were used to transport humanitarian goods. Mahan added all security precautions were taken.