Opinion: Protests and mourning in Tehran 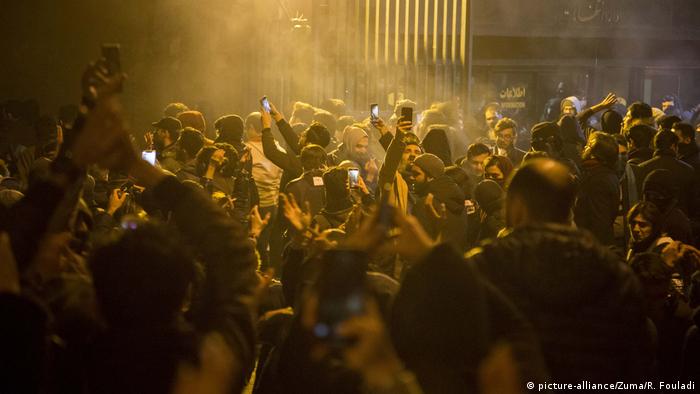 Iran has seen significant shifts in public opinion since last November, when hundreds of thousands of people went out onto the streets to protest against a massive hike in petrol prices, the economy generally and political corruption.

The government cracked down with force in November. Hundreds were killed, thousands arrested. Nothing was done to address the protesters' grievances. The unrest was perhaps more intense than usual, but it ultimately seemed like just another one of the protests that take place sporadically in Iran.

This impression was strengthened in early January when the regime witnessed the biggest demonstrations of its 40-year-history. This time, they were not against the government but against the United States. By killing arguably the most significant figure in the Iranian military, the US had confirmed its role as the aggressor, a portrayal that the leadership in Tehran has nurtured for decades.

Sympathy and admiration for a regime man

General Qasem Soleimani, the commander of the Revolutionary Guard Quds Force, was the main architect of Iran's operations against the "Islamic State” (IS) in Iraq and Syria. He coordinated the cooperation with Hezbollah in Lebanon and is believed to have been in charge of support for the Houthi rebels in Yemen. He was a regime man through and through. 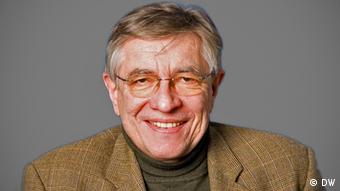 Yet, this man of humble origins also had the sympathy and admiration of many regular Iranians, even though he had distinguished himself "in the interest of the nation." Though some of this could be put down, at least in part, to his friendly portrayal in state media, some of the admiration was justified: Soleimani came across as modest, often appearing with his forces and fighting seemingly for the "right cause." This was particularly true with regard to IS: In the early stages of the militant group's presence in Iraq, Soleimani went so far as to indirectly coordinate his operations with the US. So long as he was operating against IS, a large majority of Iranians considered him as a "protector" of the nation, fighting a (Sunni) IS, the declared enemy of Shiite Iran.

The days between his killing and his funeral offered the government a welcome opportunity to use the population's sympathy for him and convert it into a show of solidarity for Tehran. The sight of mourning crowds all over Iran was overwhelming. However, the politicians were mistaken if they thought that the population's grievances against them had disappeared and made way for anti-US hatred.

Criticism of the government is back

This has now become very clear as protesters once again take to the streets, accusing politicians of failure and incompetence, as well as arrogance towards the population itself. For days after a Ukrainian airliner crashed near Tehran, the official line was that this disaster was due to technical failures. Later, the government revealed the Iranian military had accidentally shot the plane down.

Most of the 176 passengers were Iranian or Iranians with dual citizenship. There is no understanding amid the population for why the government originally wanted to conceal the real cause of the crash. Like the countries mourning their nationals among the victims, protesters are calling for a full investigation and for those responsible to be held accountable. This does not necessarily mean the man who pressed the button, but those who did not take any safety precautions, such as shutting down Iranian airspace to civilian traffic at a time when the situation was so dangerous.

The new wave of protests is not yet as extensive as the demonstrations that took place after Soleimani's killing, but it could grow. And now US President Donald Trump has offered the demonstrators his protection and support. They do not want or need this: Four decades after the Iranian Revolution, they finally want law and order.