The coronavirus in Iran: A nudge off the cliff?

Iran has been reeling from US economic sanctions for quite a while now. Now the coronavirus outbreak might turn into a serious threat for businesses and push the country's economy over the edge. 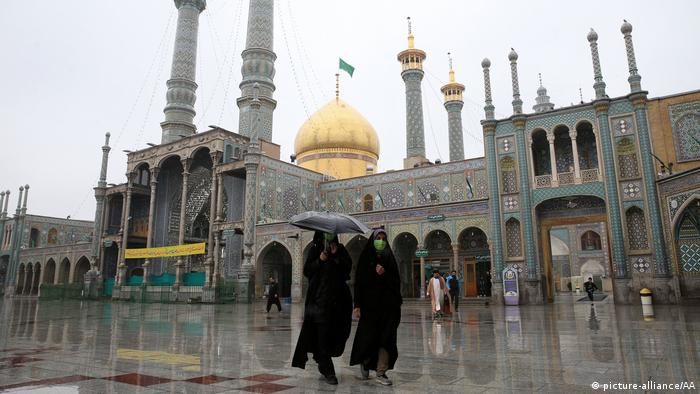 "Corona kills people like me." Soroush Parsa is a muscular, tall man in his 30s. He chuckles: "It might not take my lungs down, but it will starve me to death." Because of the coronavirus pandemic, Parsa sees his small business on the verge of bankruptcy.

In the city of Qom, where Parsa rented his tiny shop, the market has been paralyzed for the last 10 days. Qom is believed to be the epicenter of the coronavirus in Iran.

Over the past decades, the Iranian government has invested heavily in marketing Qom as a holy Shia city. Beside a shrine, major religious schools and institutes are located there. For millions of Shias from neighboring countries Qom is a site of pilgrimage. All this helped to turn a formerly small town into a metropolis with 1.2 million inhabitants.

But now, even though the authorities have refused to quarantine Qom, its main streets are as empty as those in the other cities around the world stricken by the coronavirus. Oil prices are down. The virus contagion has hit Iran in the worst time possible.

Depressing days before the new year

The streets of Iran are not supposed to be deserted this time of year. Every March the country prepares to celebrate the Nowruz holidays, the arrival of spring and the Persian new year. Shopkeeper Parsa counted on these days; so did many other small business owners. These are the days when families flock to the markets with all their purchasing power; the days when Iran's ailing economy is slightly stimulated. 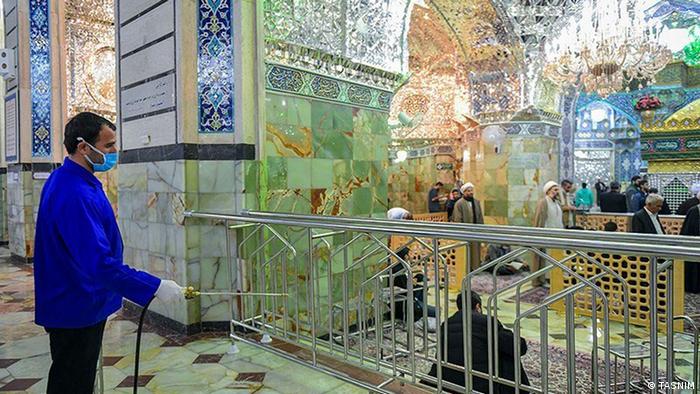 A worker disinfects the holy shrine of Qom

This is why in January, Parsa and his wife scooped all their savings out of the bank. With the help of loans, the couple opened a shop to sell women's clothes. That was supposed to boost their family's finances. The plan would make sense under usual circumstances. All the other retailers and service providers wait for the shopping spree of these days to pay back their debts, something unlikely to happen this year. "Businesses like mine are doomed now," says Parsa.

In Iran, the US sanctions had derailed the economy months before the coronavirus pandemic. Since Donald Trump reinstated the sanctions, the country's economy has been unstable, the costs of living have been soaring and many factories and firms have stopped working.

Up until last May, Parsa worked as a technician in a company that produced industrial burners. "Due to the sanctions, the company lost its clients … 25 colleagues and I could not have our contacts renewed," says Parsa. "Not then and not later, when all my job applications were turned down, did I panic. But now I am starting to." The list of income and expenditures in Parsa's shop seems critically unbalanced: "I have sold only one blouse in the past two weeks — one blouse for 150,000 tomans [€10, $11]."

The coronavirus outbreak has also restricted Iran's exports to its neighbors. According to Iran's central bank, more than half the country's income came from regional trade channels. Now the neighbors are closing their borders one after the other; Iran's exports are plummeting rapidly.

Iran was also reluctant to limit travel to and from China after the first reports of the breakout in Wuhan in December. With the US sanctions in place, restricting trade with China was not an option. 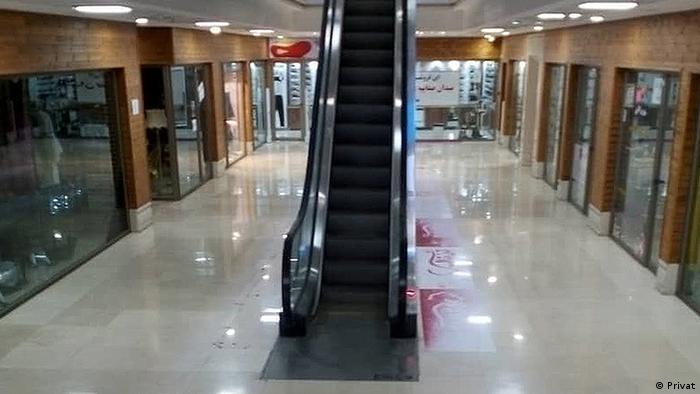 Recently, Iran's central bank announced that the government will assist small businesses affected by the coronavirus crisis. Businesses in food, tourism and transportation will have six months more to pay back their debts and their taxes. Still, Parsa deems such provisions as ineffective.

"We need fundamental changes to tackle the problem. I just don't know what their plan is to get out of such a dire situation," he says. "Even before the contagion, things weren't looking good."

Business owners worry about destructive consequences if the economy becomes more and more isolated. "The economic depression is far more pervasive and contagious than the virus itself," Parsa says. "The contagion came as a nudge on a rock that was already about to fall down into the valley."

However, Iran's health system is more advanced and has hospitals that are better equipped than most of its neighbors. The city of Qom in particular hosts thousands of medical tourists from neighboring countries.

"To protect all the elderly ayatollahs that reside in Qom, the private hospitals here have the best equipment," believes Parsa.

But it doesn't mean that ordinary Iranians can afford going to these private clinics. After the sanctions, the price of medicine and medical materials has soared. For people who want to protect themselves against the virus, buying sanitizing products is hard and costly.

The Iranian health ministry has said that after the pandemic is contained, the government will introduce plans to reinvigorate the market. Parsa would like to believe it will work, but he remembers his conversation with the janitor of the shopping mall where his shop is located. "Even if I survive the outbreak, I don't know what to do next," the old man told him. "I haven't been paid for two months and all my money is being spent on sanitizers."

Global stocks have tumbled amid alarm over the coronavirus combined with a crash in oil prices. As the biggest panic since the financial crisis gripped stock markets, governments and central banks are urged to act. (09.03.2020)

The relentless spread of COVID-19 in Iran has eroded public trust in the authorities' ability to contain the transmission of the virus. The growing distrust presents a huge challenge for the Iranian government. (05.03.2020)