COVID-19-hit Iran asks IMF for aid amid US sanctions

For the first time in six decades, Iran has requested a loan from the IMF to fight the coronavirus outbreak. US sanctions have isolated the country from the global financial system. They could also stop IMF assistance. 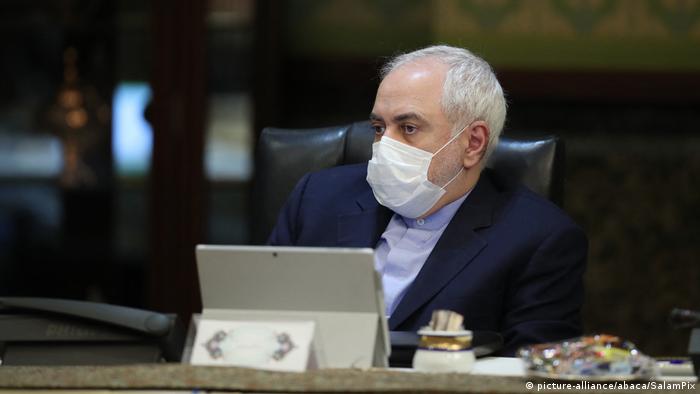 Iranian officials confirmed they had asked the International Monetary Fund for a $5 billion (€4.5 billion) emergency loan. It was the first time in six decades for the country to do so.

The escalating coronavirus spread has claimed over 400 lives and infected over 10,000 people in Iran. The country struggles to fight back the crisis amid crippling sanctions. 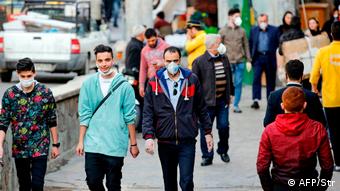 "IMF/IMF Board should adhere to the Fund's mandate, stand on the right side of history & act responsibly,” he wrote.

However, granting $5 billion to Iran would undermine Trump's maximum-pressure-on-Iran policy. The United States sits on the IMF's decision-making board. If the organization agrees to the loan, the US might veto it.

Even if the IMF decision-making body responds positively to Iran's application, there would be other technical obstacles before any money can flow.

Earlier in February, the Financial Action Task Force (FATF) voted to keep Iran on its blacklist. As the world's top anti-terrorism and money laundering monitoring group, FATF has the power to cut off the Iranian economy from the international financial system. This means that any transactions related to the IMF's  emergency loan to Iran can be blocked by other banks and financial channels.

The Iranian economy has been floundering amid US sanctions and plummeting oil prices. The coronavirus outbreak exacerbated the situation. The country's neighbors stopped their non-oil trades. Oil prices have slumped. A major contraction may be just around the corner, according to analysts.

Earlier this week, Javad Zarif wrote an open letter to UN Secretary-General Antonio Guterres, making a public plea for sanctions relief and medical supplies. US officials noted, though, that the sanctions in place did not target medicine for Iran.

Tehran says that because of the US sanctions, central banks keep Iran from using its foreign exchange reserves. At the end of February, the Trump administration had agreed to a sanctions waiver to transfer humanitarian aid via a Swiss channel. But on March 11th, The Iranian Foreign Ministry spokesman claimed the US did not allow Iran to use that channel.

A global financial watchdog has warned that Iran and North Korea have not addressed money-laundering or funding of terrorism. It said banks should be wary of business deals or transactions involving either state. (24.10.2014)