Homeless children at risk in coronavirus outbreak in Iran | Middle East| News and analysis of events in the Arab world | DW | 11.03.2020

Homeless children at risk in coronavirus outbreak in Iran

As the coronavirus spreads rapidly, Iran's government has called on people to remain at home. Officials have not put forth a plan for the country's unhoused children. 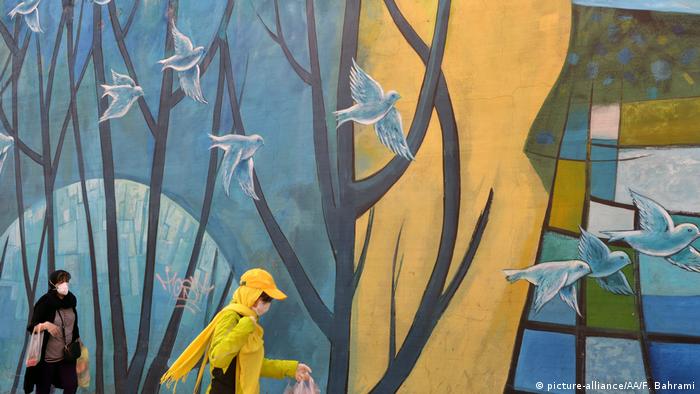 The Persian New Year, or Nowruz, is on March 19 this year. It is a traditional time for traveling, visiting relatives and shopping. But, as DW users in Tehran report, the capital is like a ghost town. During the outbreak of the novel coronavirus, the government has asked people to remain at home. Iran is one of the countries where the virus has spread quickly.

Not everyone has a house to go to. "The homeless children have to keep working, regardless of how heavily affected the country is by the epidemic," said Amir Hussein Bahari, who represents a nongovernmental organization that advocates for kids who live on the streets.

Nearly half a million children aged 9 to 17 are looking for work in Iran, according to the Cooperatives, Labor and Social Welfare Ministry. The authorities do not know how many of them live in Tehran. Most come from poor families and work as cheap laborers for small operations, including as street vendors and garbage collectors.

There is generally a lot of work for homeless children starting in the middle of February. Shortly before the start of Nowruz, Iran's oldest and most important festival, Tehran's bazaars are full of people. They buy small gifts or flowers, have larger purchases delivered to their homes and hire extra help for New Year's cleanings — usually. But, this year, concern about the coronavirus is keeping people away.

As of March 11, official figures put the number of people infected with coronavirus at more than 8,000, with at least 291 deaths. The real numbers could be much higher. "Patients die and are buried without being tested for coronavirus," said Gholam Ali Jafarzadeh, a parliamentarian from the Gilan Province, which lies about 300 kilometers (180 miles) northwest of Tehran on the Caspian Sea, and is one of Iran's most popular holiday destinations. Mohammad Ali Ramezani, a newly elected lawmaker from Gilan, was among the 12 politicians and high-ranking officials in Iran to have died from coronavirus.

Health Ministry officials estimate that transmissions will peak in the coming two weeks. Minoo Mohraz, a professor of infectious diseases at the Tehran University of Medical Sciences, estimates that about 40% of Iran's 80 million inhabitants will be infected with the virus. Known officially as Sars-CoV-2, it appears to infect men, women and children equally. However, the symptoms vary. Children rarely fall seriously ill, but they can still spread coronavirus, even if they don't exhibit symptoms, Mohraz said.

"Up to now, unfortunately, we have lacked protective measures for socially disadvantaged groups such as homeless children," the activist Bahari said. "For example, there are no places where these children can go to receive gloves or disinfectants. There are also no centers or hospitals where these children and their families can be treated in case of emergency. Many of them have no health insurance."

Read more: Who is particularly at risk for coronavirus — and why?

Many residents of Tehran appear to pay no notice to homeless children. In the past 35 years, the government has undertaken more than 20 projects to protect and support homeless children, all of which have failed. Effective work is only done by NGOs, which are financed by donations.

Over the past several weeks, Bahari and his colleagues have worked in disadvantaged neighborhoods around Tehran to distribute disinfectants and inform homeless children about the risk of infection. "We have little influence over those who employ these children," Bahari said. "Apart from that, the number of children is so high that we have to say realistically we can't care for all of them. A lot of children are under heavy mental strain, particularly because they have no access to reliable information."

Iranian authorities have for some time published information that is contradictory or downplays the risks of the virus. The Information and Communications Technology Ministry has published a map online that informs citizens about the danger of infection in neighborhoods around Tehran.

The greatest danger is in the central and southern portions of Tehran. It is in those neighborhoods where the population density is high and incomes are low. It is precisely those areas where Tehran's homeless children live, often with their families.