India, Pakistan and the SCO expansion

India and Pakistan are expected to play a major role in the Shanghai Cooperation Organization (SCO), a security grouping dominated by China and Russia. How important is this membership for the two countries? 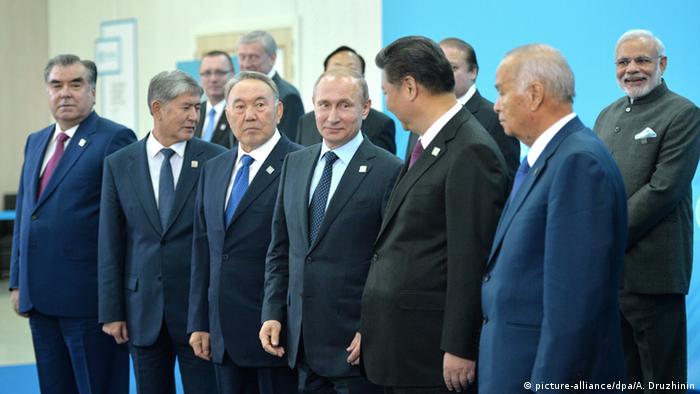 The two South Asian countries inched closer to become formal members of the organization at the upcoming SCO summit in Uzbekistan's capital Tashkent on June 23-24.

Founded in 2001, the Beijing-based SCO is a political and security organization comprising so far of China, Russia, Kazakhstan, Uzbekistan, Tajikistan and Kyrgyzstan. Military cooperation between the member states involves intelligence sharing, counter-terrorism operations in Central Asia and joint work against cyber terrorism, among other things.

It is seen by some as a counterweight to the US-led North Atlantic Treaty Organization (NATO), a military alliance of European and North American nations.

With the latest expansion, the SCO will include countries encompassing over 40 percent of the world's population.

"With significantly extended opportunities for cooperation, the SCO's role and influence are increasingly growing," Xi was quoted as saying by the Uzbekistan National News Agency. 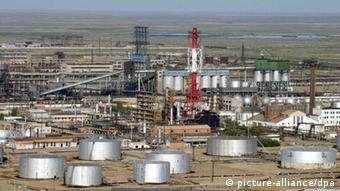 Central Asian countries like Kazakhstan are rich in energy resources

The admission of India and Pakistan comes at a time when the two nations are seeking greater engagement in the Eurasian region, which is one of the more strategically important areas of the world. Moreover, Central Asian countries are rich in hydrocarbons. This makes them particularly attractive for energy-starved India and Pakistan.

Both New Delhi and Islamabad are pushing ahead with infrastructure projects aimed at deepening their connectivity to the region.

While India is developing the Chabahar port in Iran in the hope that it would grant it land access to Afghanistan and Eurasia bypassing Pakistan, Islamabad is resting its hopes on the China-Pakistan Economic Corridor (CPEC) - a mammoth multibillion dollar Chinese plan to develop Pakistani infrastructure and broaden economic links.

High and medium-speed rail services are expected to connect 10 major cities between Kunming in China and Singapore. But negotiations with seven Southeast Asian countries are testing Beijing's "railway diplomacy." (27.04.2016)

As China and Russia push to consolidate their partnerships with Central Asian states, Indian PM Narendra Modi seeks to script a new chapter in his country's relations with the region by expanding economic linkages. (07.07.2015)

Indian Muslim women are speaking up against a method of divorce that allows a husband to dissolve a marriage in a matter of seconds. DW speaks to a campaigner who is at the forefront of the efforts to scrap the practice. (15.06.2016)

"Joining the SCO will better facilitate access to Central Asia for India and Pakistan, which is no small matter given that two major transport projects they're involved in - the CPEC and Chabahar - envision a big role for Central Asia," says Michael Kugelman, a South Asia expert at the Washington-based Woodrow Wilson Center for Scholars.

Both India and Pakistan will benefit from this connectivity, said Smruti Pattanaik, a research fellow at the New Delhi-based Institute for Defense Studies and Analyses. "The SCO will provide them more interaction with the Central Asian countries and help them to gain influence among them," she told DW.

The impact on SCO

But while the accession of India and Pakistan will raise the SCO's prestige and lend the body greater legitimacy, there is a concern that the constant bickering between the two nations will forestall closer cooperation among the member countries.

Analysts point to the case of the regional body South Asian Association for Regional Cooperation (SAARC), an organization set up to advance relations among South Asian nations.

"Tensions between India and Pakistan have caused problems for SAARC's institutional efficiency," Kugelman told DW, adding that this has "effectively paralyzed the organization."

However, given the presence of China in the SCO, the expert argued, it's unlikely that the fate of the organization will be held hostage by the dysfunctional relationship of two members.

The SCO is dominated by China and, to a lesser extent, by Russia - the two key regional heavyweights. Beijing has grand economic plans for Central Asia, a region featuring centrally in its ambitious "One Belt, One Road Initiative" - a scheme meant to intensify trade and transportation links among the countries located along the ancient Silk Road.

Russia, on the other hand, has long viewed Central Asia as part of Moscow's traditional sphere of influence, and is wary of Beijing's economic initiatives in the region and growing clout.

In an attempt to bolster Russia's significance and standing, President Putin pushed for the creation of the Moscow-led Eurasian Economic Union, a body intended to drive closer economic integration among Eurasian states. Furthermore, Russia is the predominant weapons supplier to Central Asian governments.

Meanwhile, the smaller member states of the SCO have looked with unease at being eclipsed by both Beijing and Moscow. This is why experts say they welcome the inclusion of India and Pakistan, as it provides them an opportunity to wean off their heavy reliance on China and Russia for trade and investment flows.

"The central Asian countries always try to balance Russia and China as they are apprehensive of Russian domination," said Pattanaik. In this context, India will try to expand its leverage over these countries through its SCO membership, she noted.

But Kugelman stresses that China and Russia will continue to be the top players in Central Asia, even though the SCO membership of India and Pakistan "does make the playing field just a bit more level."