In Poland, an ′inclusive′ soccer club stands up to homophobia | Europe | News and current affairs from around the continent | DW | 16.06.2020 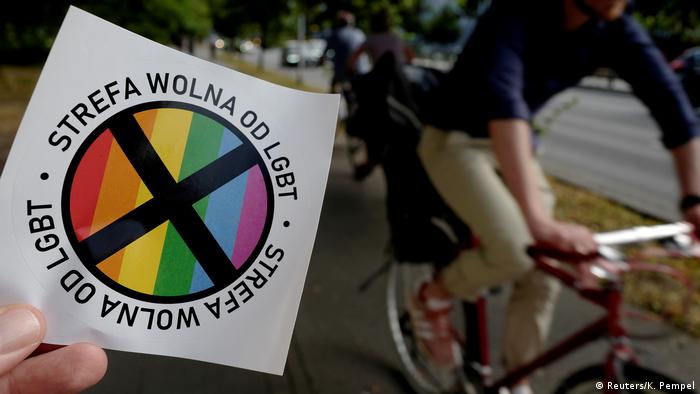 Warsaw resident Suzi Andreis is actually Italian. At the age of 18, she decided to pursue Slavic studies — and she ended up moving to Poland, where she's been active in the LGBT+ scene since 1999. She founded the country's first lesbian football club, Chrzaszczyki — Polish for little bug. But it's open to everyone, not just lesbians; Andreis calls it "inclusive soccer." 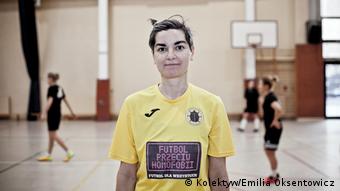 Suzi Andreis has lived in Warsaw since 1999

"We want to overcome borders. As lesbian players, we don't want to be a special group," Andreis told DW. In Poland, women's soccer always attracts plenty of fans, no matter the players' sexual orientation.

The term LGBT+, on the other hand, is increasingly frowned upon, she said. She points to the financing of integration projects as an example: "As long as what you do is generally described as an integration project, you can count on the support of the community," she said. "But when you explain that it's about the integration of LGBT+ and other social groups, you can forget about it."

Andreis has been attacked, both verbally and physically, because of her orientation. "I was insulted in a vulgar manner because of my rainbow umbrella," she said. And once, someone snatched and tore a flag she was carrying while walking home from an LGBT+ demonstration. However, she said that such attacks aren't too common; gays and lesbians can lead normal lives in Warsaw.

That's not the case outside of Poland's big cities, where the situation of LGBT+ people risks becoming even more difficult now that President Andrzej Duda has signed his most recent declaration, with the stated purpose of helping families.

The charter, signed June 10, is a kind of manifesto that emphasizes the importance of traditional family values. Poland's conservative president, with the support of his governing nationalist Law and Justice Party, is fighting for reelection on June 28 and he's hoping to score points with his traditionally-minded voters.

The charter included language on "protecting children from LGBT ideology," with a ban on "propagating LGBT ideology in public institutions." Critics have said the document is a declaration of war against sex education in schools, already marginalized because many parents are afraid of sexualizing their children.

At a meeting with voters in the Silesian town of Brzegon on Saturday, Duda said that not all homosexuals and transgender people identify themselves with the LGBT+ movement, but instead consider their sexual orientation to be a private matter.

"During the entire communist era, communist ideology was imposed on children. That was Bolshevism. Now people are trying to brainwash them with a new ideology. It's a sort of neo-Bolshevism," Duda said. "They are trying to make us believe that this is about people, but it is an ideology."

Duda's charter has struck a chord with the conservative electorate. Several similar declarations have already been signed at the local level in recent years and months. The regional parliaments of five of Poland's 16 administrative districts, as well as numerous cities and municipalities, have declared themselves "LGBT-free zones."

The town of Swidnik in southwestern Poland took the first step at the end of March 2019, saying that the region must remain "free of LGBT ideology" because radical activists in Poland are striving for a "cultural revolution" and questioning the value of the family. The district administration is protecting its citizens, the county council said, warning against the "early sexualization of children."

On Sunday, Poland's president defended himself against criticism of the charter from foreign media, writing on Twitter that he "truly believe[d] in diversity and equality."

Duda said his words had been taken out of context "as part of dirty political fight," adding that the "beliefs of any minority cannot be imposed on a majority under the false pretense of tolerance."

The condemnation continued on Monday, this time from EU Commission Vice President Vera Jourova, who is in charge of values and transparency across the bloc. "I find it really sad that in modern Europe, politicians holding high offices decide to target minorities for potential political gains," she told the European Parliament, without mentioning Duda by name.

'You just can't be intimidated'

Meanwhile, Andreis is thinking about whether the time has come to leave her adopted country. "I could go to Italy with my girlfriend, although the situation there is anything but rosy," she said, referring to the growing popularity of right-wing and nationalist parties.

When the conservatives first entered government in 2005, Andreis brushed up on her English and acquired the necessary certifications in case she needed to find work abroad. But she would much rather stay put; LGBT+ people in Poland must remain visible, she said. "You just can't be intimidated."