Just days before it was due to take place, Poland has called off its presidential election. The ruling PiS party faced mounting opposition over its plans to press forward with the vote despite the ongoing pandemic. 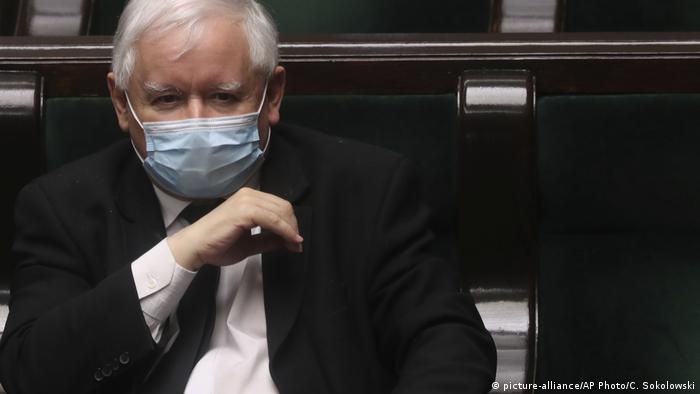 Poland's governing parties reached an agreement on Wednesday to postpone the country's presidential election, which was due to take place on Sunday.

Jaroslaw Kaczynski, the leader of the ruling nationalist Law and Justice (PiS) party, and coalition partner leader Jaroslaw Gowin announced the move in a joint statement.

The two called the decision "a solution that will guarantee Poles the opportunity to participate in democratic elections.''

A new date for the election has not been set yet, but will be announced "as soon as possible."

"Having in mind Poles' safety, due to the epidemic, the elections will be held by postal vote," they said.

The decision came after the PiS faced backlash — including among its own ranks — over its push to hold the vote as scheduled despite the ongoing coronavirus pandemic.

Opinion polls suggested that PiS-allied President Andrzej Duda could currently secure 50% of the vote and snag a first-round victory.

In a bid to keep the May 10 date, the ruling party sought to make it a short-notice postal vote. The mail-in-ballot plans were heavily criticized amid concerns that the hastily thrown together election might not hold up to democratic standards.

Critics noted that due to the COVID-19 lockdown measures, there had been an absence of electoral campaigning and democratic debate. Unlike other candidates, President Duda was still able to continue campaigning while carrying out his official duties.