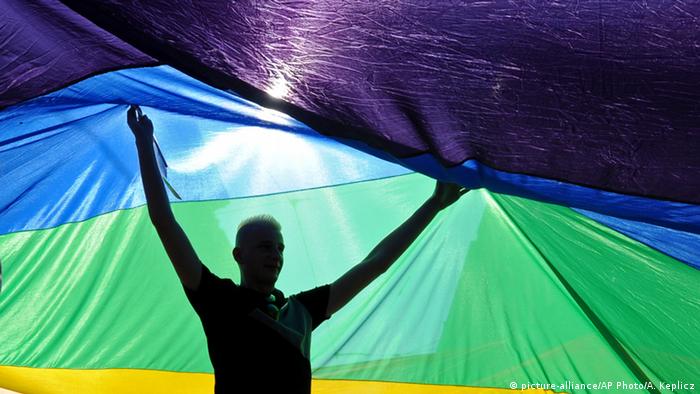 Most of these zones — where local authorities pledge to refrain from acts that encourage tolerance — were decreed in non-binding directives from local governments.

"The European Parliament urges Polish authorities to condemn these acts and to revoke all resolutions attacking LGBTI rights," the legislature said in a statement.

Poland's Commissioner for Human Rights Adam Bodnar has received several complaints against these municipal zones, which total at least 80 in towns across Poland.

The European Parliament resolution also notes its concern for the discrimination LGBTI people face at the hands of national governments of member states.

EU funds "must not be used for discriminatory purposes," their statement noted.

Although discrimination based on sexual orientation is illegal in Poland, homophobia and transphobia is considered widespread in the country. Neither same-sex marriage nor civil unions are allowed in Poland. This year at the Pride march in the city of Bialystok, thugs ran through the crowd assaulting people and setting off smoke bombs.

As recently as October, Jaroslaw Kaczynski, the leader of Poland's conservative Law and Justice party, said: "We consider two communities fundamental  the family as one man, one woman and the children."

Poland's Supreme Court sounded the alarm over plans that would allow judges to be fired if they question the government's judicial reforms. If enacted, the rules could lead to Poland exiting the EU, the court warned. (17.12.2019)