Left-wing parties have held a rally in the Polish city of Bialystok against homophobia. An LGBT rights march in the city last week came under attack from far-right groups. 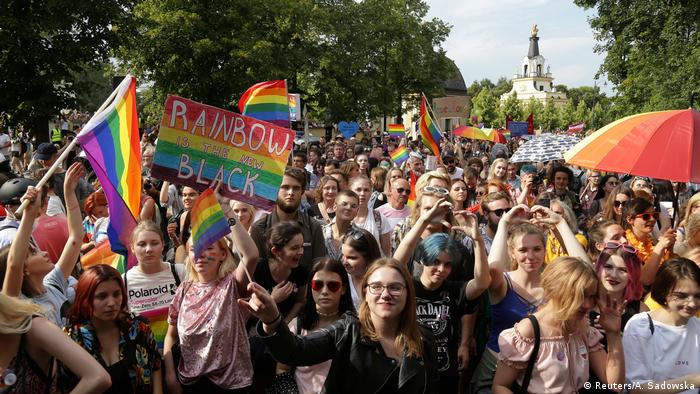 Left-wing leaders at the rally accused the country's right-wing ruling Law and Justice (PiS) party of doing little to fight, and even of fostering, homophobic attitudes in Poland.

Sunday's rally in Bialystok was attended by hundreds of people, many of them waving rainbow flags or the flag of the European Union. On Saturday, similar demonstrations were held in the capital, Warsaw, and other cities around Poland.

Although the government condemned the attacks at the Bialystok march on July 20, some local ruling party activists were seen among the attackers. 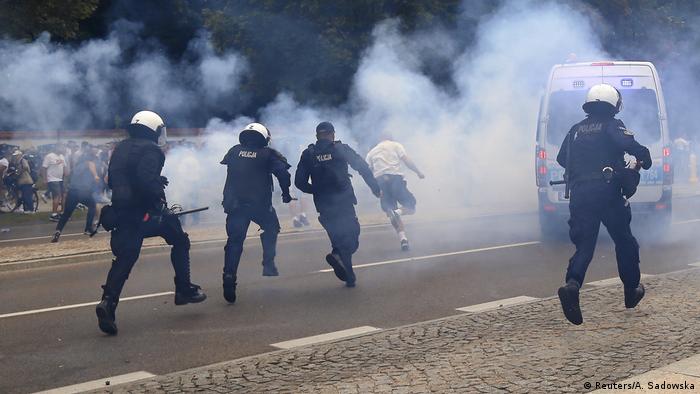 The government has rejected calls for recognizing equal rights for same-sex couples as a threat to traditional family values.

The leader of the PiS, Jaroslaw Kaczynski, has even described the LGBT community as a foreign import, while several conservative town councils have designated themselves "LGBT-free."

Many church leaders in the heavily Catholic country have also spoken out against LGBT rights.

Society in Poland, where more than 80% of the population identifies as Catholic, has long been dominated by a conservative attitude to LGBT issues. But a recent opinion poll showed indications of an increasing acceptance of the LGBT community, with, for example, 41% now backing same-sex marriages as against 20% nine years ago.

On July 27, Berlin will again colorfully and loudly celebrate Christopher Street Day. The city however is a haven for the LGBTQ community all year round. Here are some Berlin tips for queer tourists. (26.07.2019)

The battle for the rights of LGBTQI+ people began over half a century ago in New York City. A police raid on a gay bar, the Stonewall Inn, in June 1969, triggered days of rioting.