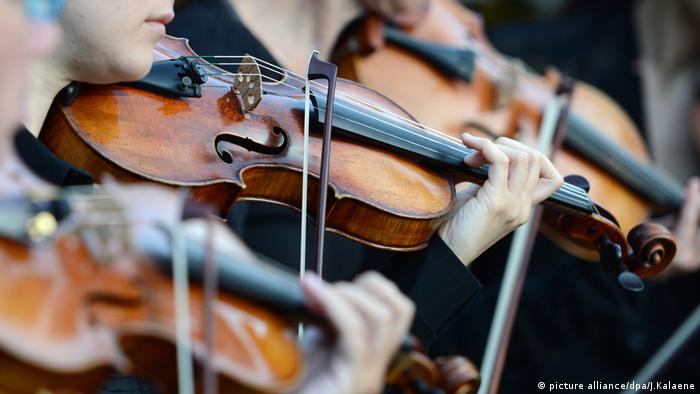 "We have succeeded, musically speaking, in bringing together the entire international Bach family," proudly said Michael Maul, director of the Leipzig Bach Festival. The Bach Festival, which was to be held in June this year under the theme "Bach: We are family," had to be canceled due to the coronavirus crisis, like so many other music festivals.

The trio Podium Esslingen performed Johann Sebastian Bach's "St. John Passion" in Leipzig's St. Thomas Church at Easter. The concert, originally planned for the Bach Festival, could be watched worldwide via live stream, and the audience was invited to sing along to the sheet music.

Thousands of viewers from 76 countries have been posting enthusiastic comments on the website, where the stream is still available. It has meanwhile been viewed over 500,000 times via various digital distribution channels. For freelance artists, €20,000  ($21,650) in donations have been collected.

Nearly 30% of the audience is from the US, followed by Canada and Brazil, Europe, Japan and Australia. "I don't know whether a Bach performance has ever circulated around the globe like this before," Michael Maul told DW. But the artistic director does not want to rest on his laurels. The Bach Festival "Bach: We are Family" is now more than just a motto, he said: "It now stands for a movement."

A difficult situation for organizers

According to the German government's latest decisions, all major events are prohibited until August 31. There are around 500 music festivals in Germany, over a third of which are in the field of classical music. This is unique around the world.

Many spring festivals were already been canceled in advance. One of them was the spring edition of the Beethovenfest, where star conductor Teodor Currentzis was supposed to conduct Beethoven's symphonies. Under the new regulations, other festivals are affected, such as the Mozart Festival in Würzburg and the famous Bayreuth Festival.

"It's as if one is deprived of common nourishment," the director of the Beethovenfest, Nike Wagner, told DW. It is not only the cancellation of the concerts and events, "it is also the loss of years of preparatory work: all the thoughts, research and negotiations that have gone in to the process are in vain. In addition, the musician and artists will all suffer from the cancelled performances. 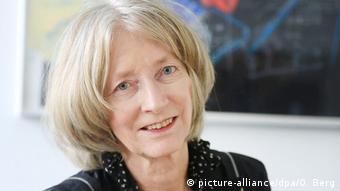 Nike Wagner, director of the Beethovenfest, still has hope for September

The internet to the rescue

Nike Wagner is currently keeping a close eye on what other artists and festivals are doing. The actual Beethovenfest will take place on September 4 and is not yet concretely in danger.

Nevertheless, Nike Wagner wonders what the corona crisis will mean for the theater and concert business in the longer term. "Will digitalization, which is currently experiencing an enormous boom in the economy and in society, also change the arts considerably? Will the live experience become 'old-fashioned?' Will audiences prefer online performances to a community experience?" Even if one could question many things about the traditional cultural industry, the artistic director does not believe that this cultural industry can be called into question.

Following the cancellation of the "small" edition of the Beethovenfest this spring, Nike Wagner's team has developed a digital format. "We have deliberately tried to create an 'educational' online format here in order to create something that will inspire and support the live performance, without giving the impression it could replace it at some point," the director told DW.

A talent for improvisation is needed

For instance, workshops with Bonn's Stegreif-Orchester (literally, "Impromptu Orchestra") and school pupils were planned for the March program. The Stegreif-Orchester is an improvisation orchestra that seeks to work closely with audiences — breaking new ground in classical music. But now, the musicians have had to forge new paths in the digital process, director Viola Schmitzer told DW. She, along with Lydia Kappesser of Beethovenfest's Education Program, developed a concept for an online workshop. "That has been very exciting and new since I normally work actively with groups." The Stegreif-Orchester is specialized in improvisations on classical music themes

In the workshop, the students were supposed to take a step back from the musical notes, improvise, walk around and look at each other while playing. "At first we were really sad that the workshop wasn't going to take place in this form because we really like the interaction," said Viola Schmitzer, director of the impromptu projects. Instead, the workshop had to be reorganized, with every orchestra member who wanted to take part being able to create a video for the new online project with instructions and explanations on specific instruments or technical playing topics using Beethoven's Ninth Symphony as an example.

In her video, Viola Schmitzer asks the users to play a melody while walking around or with their eyes closed. The videos are not only accessible to the 200 workshop participants, but also via YouTube to anyone who enjoys improvisation and classical music. "The workshop concert that we had actually planned with the students at the end will of course not take place," regrets Viola Schmitzer. However, plans are being considered to stage a concert in November called "#freebeethoven." "Perhaps then we can show up a day earlier for a live-and-in-person workshop."

More to come for 'We are family'

How the Bach Festival will continue, and which ideas can be put into action, depends among other things on the financial situation. The festival, which last attracted 73,000 visitors to Leipzig, costs around €2.5 million ($2.7 million). The cancellation will cost the organizers €1 million. Director Michael Maul's endeavors are supported by the city of Leipzig and the State of Saxony, but now, he will have to have talks with the sponsors. He said that they would have a lot of understanding for the situation, but city and the state are also trying to grapple with the effects of the coronavirus crisis. 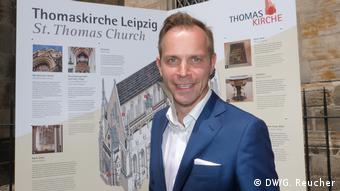 Michael Maul, director of the Bachfest, has tons of ideas to bridge the crisis period

Yet Maul still wants to continue to motivate the international Bach family. "We've received 60 videos from users who have sung the 'St. John Passion,'" he said enthusiastically. A new version of the "St. John Passion" is to be created from these and other videos. On the date planned for the actual concert, the new version will be broadcast on June 13 in cooperation with public broadcaster Mitteldeutscher Rundfunk and the TV channel Arte. Vocalists can send their videos to the mail address wearefamily@bach-leipzig.de until April 30.

Hope to the very last

Other festivals are still hoping for the possibility to perform at least smaller concerts. Austria's famous Salzburg Summer Festival, set from July 18 to August 30, is to celebrate its 100th anniversary this year. It has not yet been cancelled. The president of the festival, Helga Rabl-Stadler, who has already had to cancel the Whitsun Festival, stated on Austrian Radio: "We will decide in May. Maybe we'll be lucky." At least, she says, there has been considerable progress in containing the virus in Austria.

Nike Wagner, the director of the Beethovenfest, which is still scheduled for September, does not want to be discouraged by the coronavirus crisis either: "Our festival is in the distant future, so we don't have to think seriously yet about alternatives. Nevertheless, we just have to hope that cultural life will have returned to normal by then."

A month ago, amid the coronavirus lockdown, the Berlin flutist Bianca Hase started giving a daily "window concert." Her initiative has now grown into an ad hoc street orchestra that plays every evening. (20.04.2020)