Since the beginning of the corona crisis, the star pianist has been giving house concerts from his living room that have slowly but surely achieved cult status. Now he's going one step further. 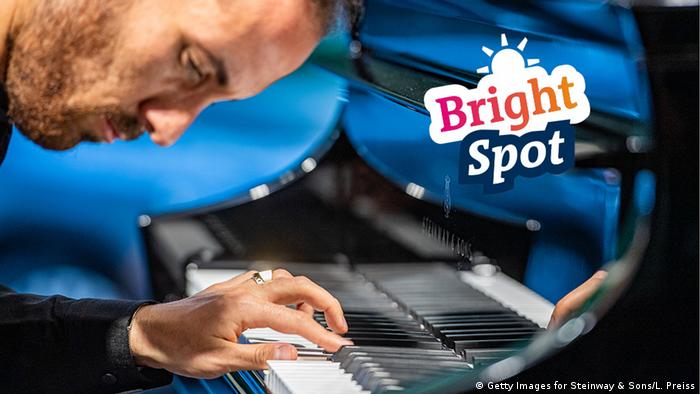 For almost two weeks now, it has been a ritual for thousands of people confined to their houses due to the coronavirus: at 7 p.m. sharp, the screen of the smartphone shows an initially empty living room. A grand piano and a painting can be seen in the background. A few seconds later the host enters the screen, the German-Russian star pianist Igor Levit.

Always dressed in casual black, either barefoot or in socks, he sits down at the piano.

"So my dears, today I will play Beethoven for you once again. Piano Sonata No. 17." Then Igor briefly explains in two languages why Beethoven's 1801 work, also known as "The Tempest," was and is truly revolutionary. The picture flickers in between, the sound quality is modest, but the interpretation is as brilliant and uncompromising as at a concert in a sold-out hall — where Levit cannot currently play.

The stream is running and the viewers are multiplying by the second. You don't know what to watch more closely: the hands of the virtuoso or the comments of his fans: blue, pink, green hearts are streaming incessantly. "Dankeschön" is called out from every corner of Germany. But thanks are also given in Spanish and Italian, people wave from Cambridge, Tel Aviv and Washington, and from time to time someone writes in Cyrillic.

Thirty minutes pass quickly whereupon the pianist leaves the scene in silence. Immediately afterwards, the recording is available on Twitter. 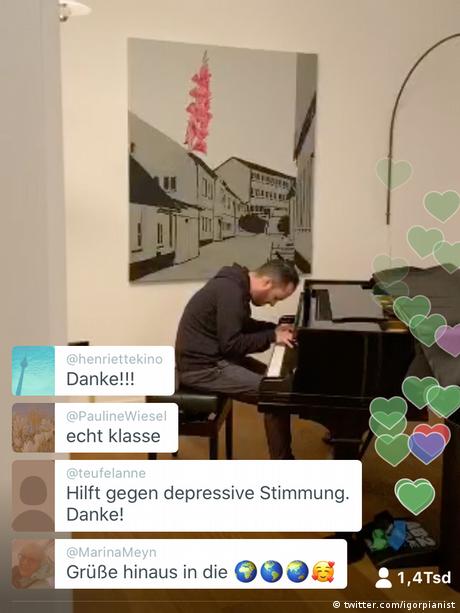 Igor Levit gets the love on social media

On the same day, Levit sits in front of the screen in his study and holds a video conference with Thorsten Schmidt, the director of the Heidelberg Spring Music Festival. Levit was due to play six concerts in Heidelberg, but the festival that was due to start on March 21 was inevitably postponed.

'Break the chain of loneliness'

The two discuss ways to maintain this feeling of community in times of isolation. After the initial shock and in order to "break the chain of loneliness," as Levit calls it, one now must commune in virtual spaces, they decide. Livestreamed house concerts are just one format that the pianist describes as "healing, even a moment of salvation."

How does it feel to play in front of an invisible Twitter community instead of a sold out hall? "It's very strange. It's very different, but surprisingly, it's almost more intense," Levit says. But this virtual performance space has more positives.

Almost overnight the music is available to all. It is no longer a product packaged for elites, a "money machine" for the organizers. It is what it was meant to be: A means to experience community with other people.

"And it's no longer about the repertoire," says Levit. "Whether I play Beethoven, Mozart, Stockhausen or the Pink Panther: it's all about being together. Welcome to reality!" 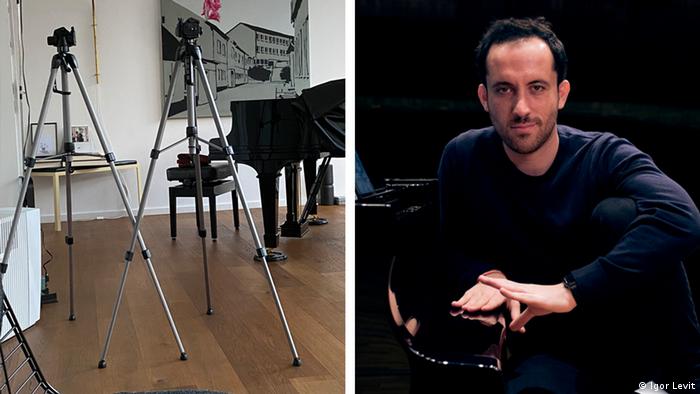 Thorsten Schmidt, like any artistic director, naturally has a lot more on his mind. How does a festival survive in times of crisis? Rule number one: preserve the customer base, hence the live streams on the festival's website.

The first livestream concert will take place this Thursday at 7.30 p.m. Levit will play Brahms and Beethoven with cellist Julia Hagen. On Friday, Igor Levit will devote himself to one of the central solo works of the 21st century: The 24 Preludes and Fugues by Dmitri Shostakovich.

The actual concert was sold out long ago. Ticket buyers have been urged not to ask for a refund, but rather to donate to a foundation that supports artists in extreme need.

Will the house concerts continue? "Of course, every evening!" assures the pianist. He will play and hearts will flutter. "What are we going to do when Corona is over and Igor goes on tour again?" someone asks. "Go to his concerts," several viewers reply.