Awarded this year's International Beethoven Prize, Igor Levit is among the world's most renowned pianists and an impassioned advocate on Twitter for climate action and against rightist extremism. 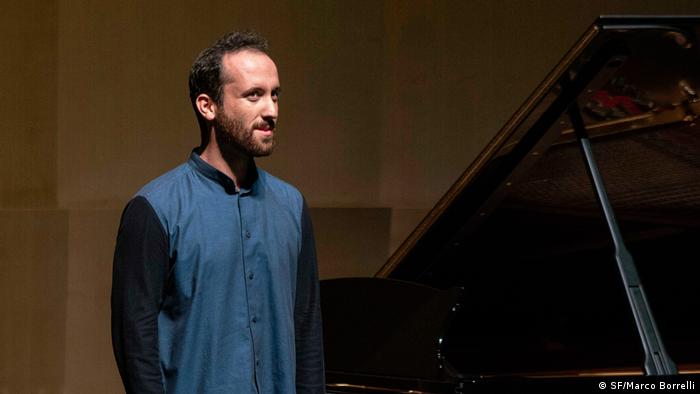 With a dimension that goes beyond pure artistry, the International Beethoven Prize is awarded to artists who place themselves in the service of human rights, peace, freedom, combating poverty and inclusion. When Igor Levit receives his on Friday, December 6 in Bonn, his acceptance speech is certain to be one to look forward to.

Levit, 32, is hailed by critics and audiences as one of the finest pianists today, a master not only at the keyboard but also at his smartphone. His 32,000 Twitter followers look forward to his almost daily comments on social and political issues.

"Racism, anti-Semitism, anti-feminism and hostility to human beings are dangerous, often life-threatening and deplorable attitudes. They do not deserve to be jazzed up to the status of legitimate opinions," the pianist tweeted for instance in November.

Levit's opinions have attracted much attention beyond the concert hall. At a time when only few artists take a clear political stand, such positioning runs the risk of alienating part of the public or provoking storms of online hostility. In this sense, Levit stands out.

His media presence extends to television talk shows; for example, "Words, rage, contradiction — prevent hate, tolerate opinions?" was the topic of a recent TV discussion he was invited to take part in.

Levit has also shared the stage with President of the Bundestag Wolfgang Schäuble in a dialogue on freedom of opinion and the German constitution.

In such appearances, his argumentation is reflective, calm, to-the-point and fact-oriented. At the national convention of Germany's Greens Party, Igor Levit played Beethoven's "Ode to Joy," the official anthem of the European Union. In 2018, he returned his Echo Klassik out of protest against the Echo prize awarded to rappers Kollegah and Farid Bang, whose texts include anti-Semitic and misogynous content. But before or during concert performances, Levit will make a statement "only if absolutely necessary and if I feel an absolute emotional urgency to do so." 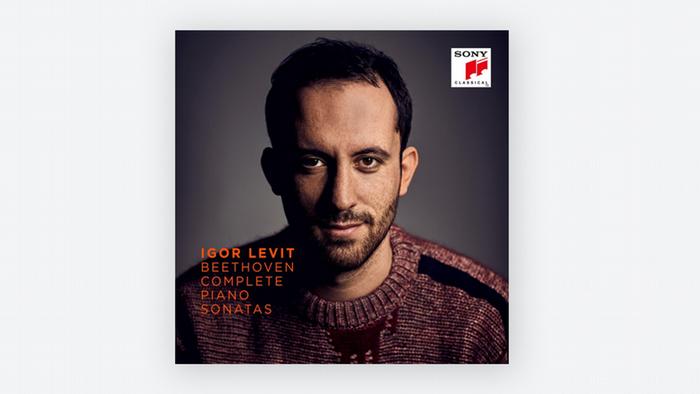 More than 'just striking the keys'

Levit has performed at the #Unteilbar demonstration in Berlin on behalf of social inclusion, as well as at the Fridays for Future strikes — and wears a button of the youth movement protesting climate change at concert appearances.

He dedicated his recent Opus Klassik award to the victims of a terror attack in the city of Halle. In a recent interview with the newsweekly Die Zeit, Levit said, "I don't just want to be the man striking the keys." Critics even see a statement in his choice of repertory.

Filling halls in Berlin, New York, Paris, Vienna and Salzburg, Igor Levit released an album with all 32 of Ludwig van Beethoven's piano sonatas before the beginning of the anniversary year marking the composer's 250th anniversary. The London Times anointed his Beethoven: Complete Piano Sonatas Classical Album of the Year.

Igor Levit is also a professor for piano at Hanover's Academy of Music, Theater and Media.

It was at that city's institute for the early promotion of highly talented young musicians that Levit studied at age 13. Together with his parents and sister, Igor had emigrated to Germany from the Russian city of Gorki, now named Nishni Novgorod, as Jewish refugees. With his first piano instruction received from his mother Yelena at age three, Igor Levit gave his first solo performance a year later.

In 2010 he earned his diploma in Hanover, awarded the highest score in the history of that academy. He recorded his first album, Beethoven: The Late Piano Sonatas, in his mid-20s.

Going with a cash award of €10,000, the Beethoven Prize is only the latest in an impressive collection that includes the prestigious $300,000 (€270,000) Gilmore Artist Award, bestowed only every four years on the condition that the prize money go towards furthering the recipient's art. It may not be spent for any other cause, nor donated. Unsurprisingly, Levit plans to spend the funds on a musical project with a political dimension.

A video of the students of Moscow's renowned Gnesin Russian Academy of Music is an example of how Russia fabricates support for its war in Ukraine.