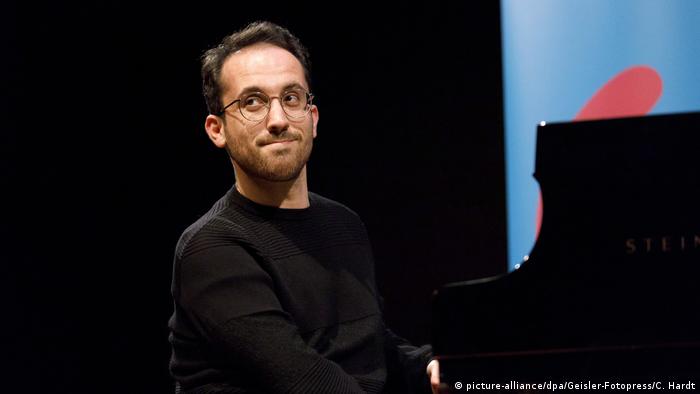 Igor Levit is one of the world's most sought-after pianists, especially in 2020 with the Beethoven anniversary year. Beethoven: The Complete Piano Sonatas, his album of recordings released on Sony in September 2019, even made it onto the pop charts — a highly unusual feat for classical music.

Levit's political commitment also receives a lot of attention. His positions are particularly visible through Twitter, and he is also a member of the Green party. The International Auschwitz Committee has recently honored the 32-year-old pianist for his tireless work against anti-Semitism and far-right extremism. But Levit has also been receiving death threats; his concerts are now held under tightened security conditions.

DW met him in Berlin.

DW: How are you dealing with the death threats you've been constantly facing?

Igor Levit: I am not constantly facing death threats. I did face some and it does not produce fear, but it does produce a great deal of anger in me. Not for myself, but for the state of mind we are in as a country. The apathy and the non-action of so many members of our society, of my society, this is causing me a great deal of anger. That's how I deal with that: I'm going into action.

But why are you getting death threats as a musician?

Seriously don't go there. Don't go there for me "as a musician." Pardon my language: Whatever asshole out there is sending these threats does not make a distinction between people being an artist, a doctor, a politician, or whatsoever.

People of any kind are facing these threats — mostly women, mostly people of some kind of minorities. Anybody can be in the middle of that. At the moment these fascists will dislike whatever you do. That's why I am always so unbelievably surprised to see that society as a whole just does not understand what the urgency is here.

Why are we witnessing increasing hatred in parts of our society?

Well these people feel empowered. They have political parties with members in parliament and they are representing an absolutely unapologetic neo-fascist political idea, period. I mean I can name the AfD party in Germany a fascist party. They are in almost all larger parliaments in Germany and now their followers are feeling empowered. We see that throughout the entire world.

Could it reach a point where you would say: "I no longer want to live in Germany"?

Well number one: If I go for that, which country does not violate human rights? I should probably move to the moon. Number two: It's a hypothetical question. I don't go for that. If I let that thought happen I'm lost. So, no, I will not buy into that fear mongering. 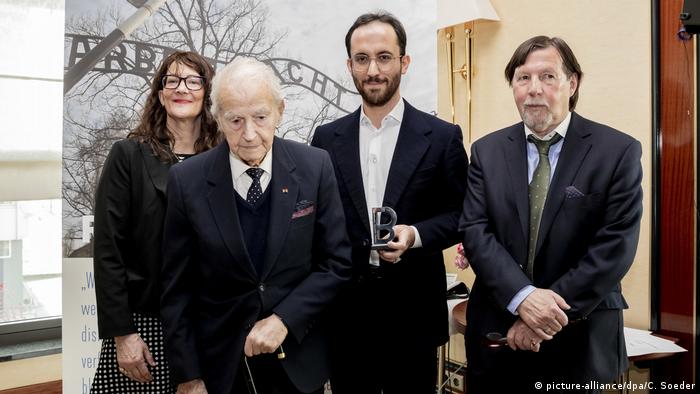 You are calling for politicians and citizens to take action. What concretely should be changed?

Number one: Certain laws should be changed. It should not be allowed to threaten a member of society with death from an anonymous email account and basically be free of any responsibility, because you cannot be followed, you cannot be tracked down.

Number two: We should start growing up a bit in regard to our language. Let me just give you one example. Whatever happens around the world or here in Germany, if there is a racist attack, or racist killing, 95% of all politicians would go out and say: "This was a horrific attack and let's be clear, there is no place for racism in our country." But to be honest, there is space and place for racism in our country. Face it. There has always been place for that unfortunately. So top talking like we are five-year-olds! Speak truth to the situation which is, we have a very serious problem with racism, anti-Semitism, anti-feminism — whatever you wanna call it.

Beethoven represents the idea of freedom. In which way does this guide your life as an artist, but also personally?

I would be very careful with that. Beethoven's music gives me energy. But powerful quotes from Beethoven's writings are not my most important source of energy. My friends are, people who are around here. Not quotes from books. And I wouldn't need these quotes in order to be a responsible citizen of my country. But the music itself — that is the great source of inspiration, energy and reason for me being here. 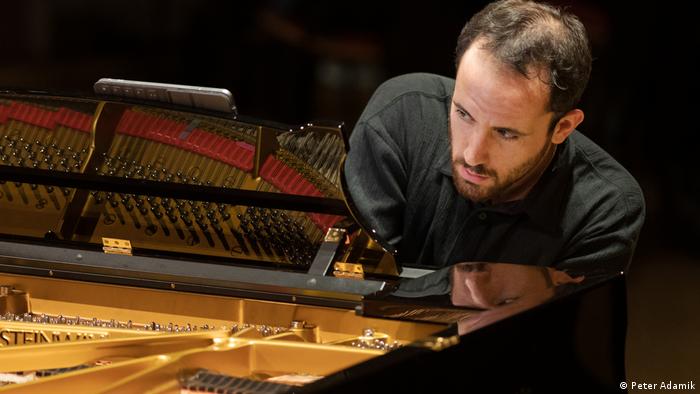 On the occasion of Beethoven's 250th anniversary you recorded all his piano sonatas. But do we really need such a year?

No. If you look into my world, the world of classical music and concerts, every single year is a Beethoven year. I don't know which composer is being performed more often than he is. We don't need an anniversary, but in the best case it can be a chance. If this chance is taken, that's a different story.

Let's talk about Beethoven's music: What strikes you the most about it or has a strong emotional impact on you?

I mean among thousands other reasons let's just speak about a couple. It's an emotionally really violent music; it really grabs you at your neck. It's music that produces an incredibly strong feeling of participation. As a listener — whoever you are, whatever piece you hear — at some point, you will feel a moment of participation, like you matter.

It is music about who you are, who I am. It's very human, very direct ... it's so radical and free. Just that is really inspirational.

You emigrated from Russia to Germany at the age of eight. Are your Jewish roots still very important to you?

Culturally yes. I mean, there is a great deal of Jewish culture which is unbelievably important to me. It is the humor, a great deal of the literature, the culture in general. I'm not a religious guy so I wouldn't know much about religious history or rules, but culturally it is an absolutely central part of my life. 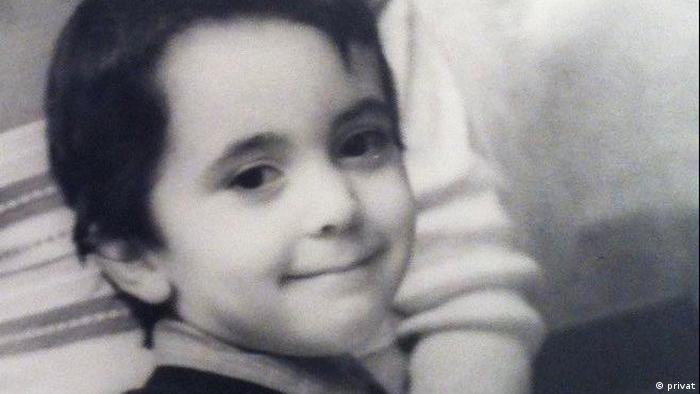 You are clearly obsessed with music. Would you see yourself as an addict?

I am life-obsessed, in any form. I just need the feeling that I don't miss out anything. I want to breathe in whatever surrounds me. That's what I'm obsessed about, totally — and I'm fine with that.

As an observer of society's challenges, do you feel there is hope left that things will improve?

There is a quote from James Baldwin, who was asked in an interview if he is a pessimist. Baldwin said: "I cannot be a pessimist, because I'm alive." I have nothing to add to that.

The controversy at the German Echo music awards and the recent assault in Berlin are alarming signs of growing anti-Semitism in Germany. Different Jewish musicians tell DW how they interpret the events. (25.04.2018)

The controversy over the awarding of an Echo, the German music industry's most important prize, to a rap duo singing anti-Semitic lyrics has continued to grow, with musicians returning their own honors in protest. (17.04.2018)