What makes the Bachfest in Leipzig so popular

With almost 80,000 visitors, the Bachfest in Leipzig has once again broken its attendance record. Director Michael Maul talked to DW about the recipe behind this extraordinary success. 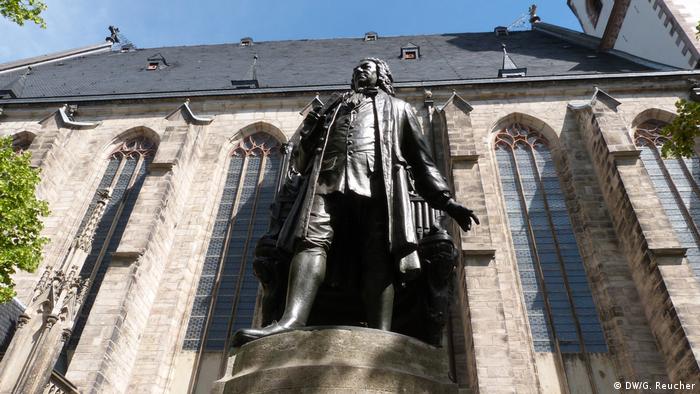 The Bach monument in front of the Thomas Church in  Leipzig

Ten concerts with 33 sacred cantatas were given just over the opening weekend alone. Numerous passions, all of Bach's Brandenburg Concertos, as well as his cello suites and his entire keyboard practice series, known as Clavier Übung were all performed.

The Bachfest in Leipzig (June 8-17) featured a rich program without additional budgetary resources. A new director has been heading the renowned event, Michael Maul. DW met the musicologist, author and researcher at the Bach Archive in Leipzig to find out more about the festival's current success story.

DW: 33 cantatas in 48 hours: Why did you choose this major cantata cycle for the festival's opening weekend?

Michael Maul: The cantatas have always been performed during the Bachfest. Our objective was to highlight their high quality. And we wanted to show that it's not just the "Bekümmernis Cantata," or the "Kreuzstab Cantata" that fascinate audiences. We wanted to show that this is a huge oeuvre that Bach composed under enormous time pressure — something one wouldn't even notice.

Read more: Everything you need to know about the Bach cantatas

It's the kind of event that could almost be compared to a pilgrimage. It offered a wonderful mixture of Bach's best known and most interesting works. In my view, that fits perfectly well with the format of a festival, especially one taking place in the city of Leipzig that has always been closely associated with Bach.

Visitor numbers are proof of the fact that we hit a nerve with that. The complete ticket for all 10 concerts in the cantata cycle was already sold out six months ago.

Famous British conductor Sir John Eliot Gardiner, who's also the president of the Bach Archive, was chosen as the interpreter. Was that choice clear from the start?

Yes, Sir John Eliot Gardiner played an important role from the beginning, and it was clear that he would perform with his Monteverdi Choir and the English Baroque Soloists.

The remaining question was, who else should be invited? I proposed musicians who, through their performances, had already gained a complete overview of Bach's cantatas. There are only three such ensembles: The Bach Collegium Japan with Masaaki Suzuki, Ton Koopman with the Amsterdam Baroque Orchestra, and the Gächinger Kantorei Stuttgart. And it was clear that we would integrate the Thomaner Choir Leipzig, deeply ingrained in the Bach tradition in Leipzig. We therefore had five ensembles to fill 10 concerts. 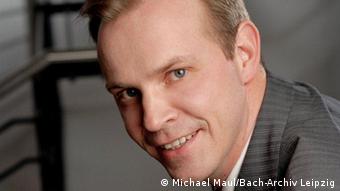 Michael Maul is the new director of the Bachfest

You are a musicologist, with an expertise on Johann Sebastian Bach and his time. Research work is a rather lonely kind of work. But now, you are also the director of the Bachfest. Are these two worlds compatible with each other — quiet research on the one hand while dealing with the public on the other?

I find it quite hard to hide my enthusiasm for Bach. I love his music, and because I love it so much, I want to find out as much as possible about its background and the era during which it was created.

The best way to accomplish this is to go to the places where relics of the era are located. Through archive research, I try to find out more about the world in which Bach's cantatas were created, the conditions for performances at the time. Very often, you don't find anything. But when you do come across a little new puzzle part, you can immediately inform all those who also love Bach about it. I get high on such moments.

It's also a wonderful opportunity for the research institution Bach Archive to carry out the biggest Bachfest at the most important Bach location.

As a Bach scholar, I have an enormous advantage vis-a-vis scientists who do research on nuclear physics or chemistry. Bach's music is accessible to everyone, they can all listen to his music, and form an opinion about it.

In this regard, we of the Bach Archive and the Bachfest enjoy making the composer more accessible. I like to talk about how exciting it is, because I really do find it exciting. That's why my job offers a perfect mixture, allowing me to be a bookworm at archive and in the spotlight at the festival (laughs).

Read more: Living with the only real portrait of Bach

The Bachfest Leipzig was restructured in 2000. By now, it has become the world's most significant Bach festival. This year's cantata cycle had an enormous impact. Will this tendency continue? 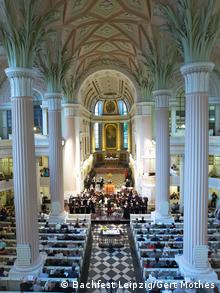 This year's Bachfest was financed on the same budget that we already had over the last few years. We planned our expenses very courageously, and based on the assumption that once the program was right, we could increase our offer of tickets by 50 percent while also selling 50 percent more tickets. And then the demand actually rose disproportionately. Although we had flooded the market, there was a much higher demand than was the case during the last few years.

Based on our visitor statistics of the last few years, we knew that 90 percent of our guests wouldn't come from Saxony [the German state where Leipzig is located], and that they would stay 3.7 days on average. That means, people need to pay for plane tickets and accommodation. That's why we tried to put together combined offers for visitors from San Francisco, Tokyo, Düsseldorf or Madrid, as well as produce programs that would show them that our highlights don't only take place on Mondays and Fridays, but in small continuing cycles. 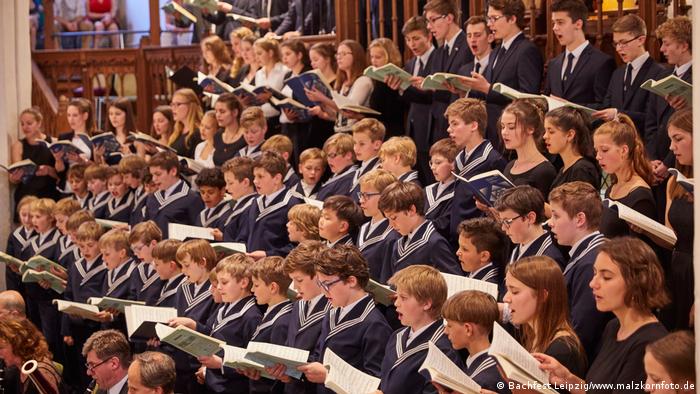 How can you get visitors who were carried away by the cantata cycle to come again next year?

Our slogan in 2019 will be "court composer Bach," which means that the focus will be on works that Bach composed in courts, and for courts.

Contrary to the cliché, Bach was employed by royal courts for many years during his career. In Cöthen, he served as bandmaster, in Weimar as court concertmaster. Even during the 27 years that Bach worked as a Thomas cantor in Leipzig, he continued to have honorary titles at neighboring court orchestras, and wrote works for them.

Next year, we'll also perform a small cantata cycle. In four concerts, we will play the cantatas that Bach composed in Weimar, each time in a totally different performance style. I'm not worried about next year. We'll have a huge offer of tickets once again, and I hope that people will make use of it.

Despite the sedate-sounding theme of this year's festival, "Cycles" is a true sensation for those who love the music of Johann Sebastian Bach — particularly the inexhaustible fans of his work. (08.06.2018)

The close connection beteween church reformer Martin Luther and Baroque composer JS Bach is being explored at this year's Bachfest. The event opened with a work intended to bring peace to a world frought with terrorism. (12.06.2017)

Christie's auction house in London auctioned the rare original score at a final price of $3.3 million. That would be comparable to the price of a precious work of art - which some say this nearly is. (13.07.2016)

A stroll around downtown Leipzig

Sarah's Music: Bach to his roots