The only verifiably authentic portrait of Bach has been donated to the Bach Archive in Leipzig and unveiled there. Judith Scheide, the former owner's widow, tells DW about what it was like to "live" with Bach. 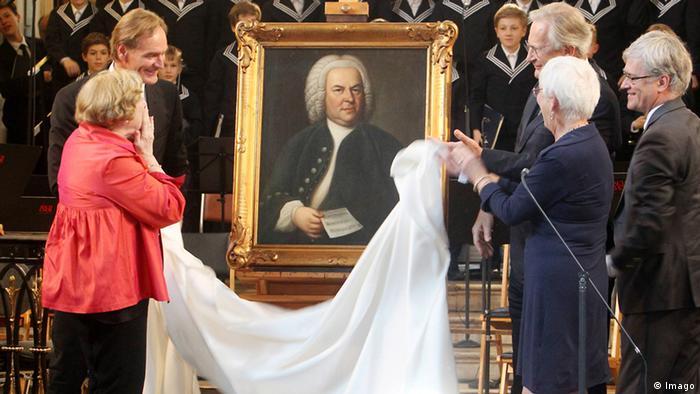 A sensational moment at the opening of the Bachfest in Leipzig on April 12 was the official return to Germany of the portrait of Johann Sebastian Bach painted by Elias Gottlob Haussmann in 1748. After a 265-year absence from the city where the composer lived and worked, it is now held by the Bach Archive and Museum in Leipzig.

The painting is valued at $2.5 million, and the transfer in ownership came about in part through the intervention of Sir John Eliot Gardiner, President of the Bach Archive, and of Judith Scheide, widow of the portrait's previous owner, William H. Scheide. For over 60 years, the portrait had hung in the American musicologist, historian and philanthropist's living room in Princeton, New Jersey.

DW: What is the feeling for you of seeing the famous Bach portrait, which had been in your home for so long, returned to the city where Bach lived and worked?

Judith Scheide: I think it's wonderful. This is what Bill intended from the moment he bought it. He wanted it to go back to Germany. Of course at the time Leipzig was in East Germany, and so the portrait couldn't go back there. But then when Germany was united, he made arrangements in his will for it to go to Leipzig. But whoever received it would have to buy it from Bill's heirs.

Then 18 months ago, Sir John Eliot Gardiner explained to me that the Leipzig Bach Archive did not have the money to purchase the portrait, so it would go to some oligarch somewhere who could afford it. I mentioned it to Bill, and he immediately called his lawyer and had him produce a new codicil leaving the portrait outright to Leipzig with no costs to them. That was written into the will in April 2014 when my husband was already 100 years old. And he said, "This is the way it should be." 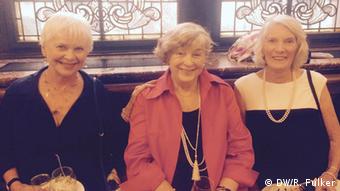 We heard that your marriage with William Scheide was something of a menage à trois. Could you explain?

It was! Bach, in a sense, dominated the house. And it was very hard to dominate Bill Scheide! But there was the portrait, and he was totally devoted to the work of Bach. He had started the Bach Aria Group in 1946. There were no separate publications of the arias at that time, so he took his ensemble all over the US to allow people to get to know this side of Bach. Some of the most beautiful melodies ever written were by Bach, but people didn't realize that then.

How did he come to acquire the painting?

It came up for sale because Walter Junker, who owned it, had asked John Eliot Gardiner's parents to look after it during the war. Then he told them one day, "I need to sell the painting because I want to educate my sons." Bill bought it and took it to America in 1953. And it stayed in that same place in the house ever since. He loved it. Every morning he'd turn to it and say, "Good morning, sir!" - and "Good night sir!" every night. He loved Schubert, Mozart, Chopin and Beethoven as well, but Bach spoke to his heart. 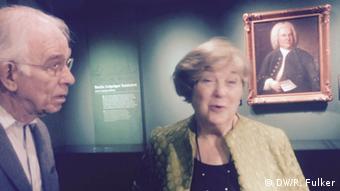 And now there's all this excitement here over the portrait: first, the photographers at the unveiling in St. Nicholas' Church, and now seeing the painting at its permanent place at the Bach Museum. They're even calling it the Mona Lisa of Leipzig!

In a sense of it is, because the Mona Lisa draws people to the Louvre. I can see the Bach portrait doing that too. Especially with all the publicity, I think people will come here saying, "Have you seen the real Bach?" Today, the way it was lighted, I saw things in it that I hadn't seen living with it. With it hanging in the living room, I had never noticed that there were extra buttons, or certain little lines around his eyes or that the sleeve of his white shirt looked like it were made of some very thin material, like a thin silk. And the face: what ruddy cheeks he has! And he looks as though he's had a very clean shave that morning. You cannot see some of these details in photographs. 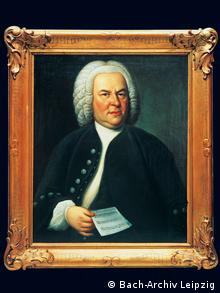 And that in light of the fact that we have so few authentic Bach artifacts, very few personal letters…

Bill had one in his library! I have to tell the Bach Archive about this. It's a letter that Bach wrote to his cousin, who had taken care of some of Bach's children. He was a very dear friend. The cousin had written to Bach asking him if there were any copies left of a certain printing. Bach wrote back saying, "There are none left. But if you send me a dollar, at the next printing, I'll send you a copy." It's very revealing that even though this man had taken care of his children, he was still going to charge him a dollar for the reprint.

He had a lot hungry mouths to feed!

Yes, twenty children! Bill's collection also included some original manuscripts of Bach, for example of his Cantata No. 33. Bill discovered that in it, where the words are about sin, the devil and unhappiness, the writing the writing is cramped and scratched out. But when writing about Jesus and peace, it's very smooth, and there are no mistakes.

It almost makes you feel like there are more treasures remaining to be discovered.

I'm absolutely sure that there are.

The downbeat to one of the world's most significant Bach festivals, set in the city where Johann Sebastian Bach lived and worked, heralds three weeks of festivities revolving around the famous composer. (12.06.2015)

A fresh take on Bach

The 2014 Bachfest Leipzig reached out to young people with programs for the whole family and a stage for young players. A German-Polish youth orchestra gave two concerts, from which DW presents recordings. (27.06.2014)