How drones are revolutionizing environmental science | Environment | All topics from climate change to conservation | DW | 31.08.2016

Flying robots are the cheerful new helpers of conservation. DW spoke with environmental scientist Karen Joyce about how drones are revolutionizing research - and shares stunning aerial photos of the Great Barrier Reef.

They take pictures and video footage in remote places from above, providing their operator with a stunning view: drones. No surprise that this new technology breaks new ground for scientists and conservationists.

Karen Joyce, an environmental scientist at James Cook University in Cairns, Australia, is using the drones to discover the marine ecosystem of the Great Barrier Reef. DW asked her to explain how the flying robots revolutionized her work.

DW: Using drones for science is a fairly new thing. How did that start for your work and how did it impact your work?

Karen Joyce: Drones have actually been around for a really long time, especially for military purposes for many years. It's only been relatively recently that they become small enough and cost effective to use for scientists. They really changed the way that I work because before I was able to use drones, I had to use satellites quite a lot. If you imagine what you might see on Google Earth, that was the sort of data that I would look at for mapping.

But now, being able to use drones means that I can get information in much higher detail - so instead of just seeing a tree, I can see individual leaves, and on the reef I'm able to see the different corals and algae. I can quite easily see sand, stars, fish and sharks - things that you just can't see from satellites. 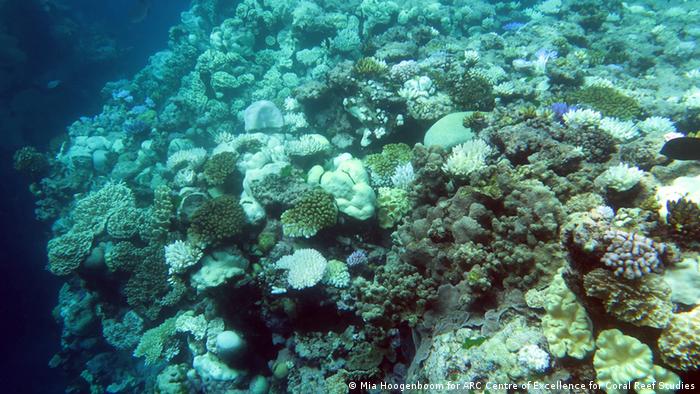 The Great Barrier Reef is the world's largest coral reef, brimming with biodiversity

How has drone technology in your opinion revolutionized environmental science?

Drone technology has changed things quite a lot in the past three to five years, and it's continually changing things as well. It enables us to go out and survey areas that are really difficult to access in the field.

For example, I work in mangrove areas as well, and nobody really wants to go out and stride through the mangroves there. It's a little bit smelly and can be dangerous, because there can be crocodiles around.

It's really good to be able to send up a drone to look in and see what's there instead of going directly through those areas. And it's the same on the reef: It allows us to cover a much larger area than what we are able to do as if we were snorkeling or scuba diving over those areas to understand what's there. 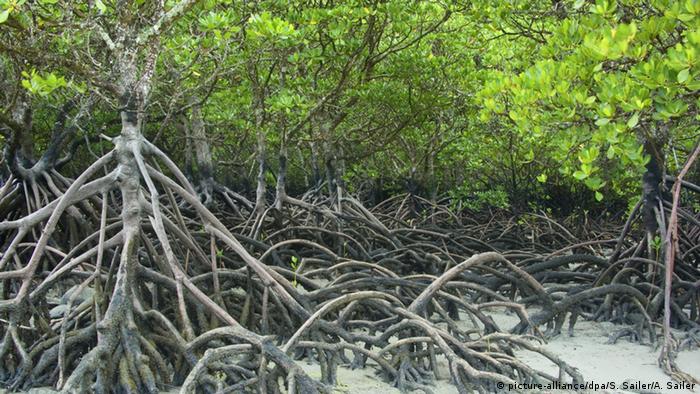 What does this technology mean for environmental protection and for understanding things like climate change?

Drone technology is a little bit too immature at this stage to be able to give us information about climate change, for example. While the technology is there to use various craft and various senses, we've still got a long way to go in terms of capturing the data and then being able to get information out of it that will inform us in a meaningful way for management and policy.

In terms of environmental protection with the Great Barrier Reef, what information are you finding? Is there anything enlightening that you didn't know before?

One of the projects I'm working on at the moment is to use a special thermal camera that measures temperature. This was one of the first studies to do this using a drone. What I'm interested in with temperature is to understand what's happening with the water temperature on the reef. By putting up this type of camera on the drone, we can actually take photos of the warm and cool water as it moves around the reef.

Thus we can understand the dynamics of water flow, and how that might affect the corals and other creatures that live on reef as well. This is really interesting for us, as it's something we have never been able to do before because the technology just wasn't available. 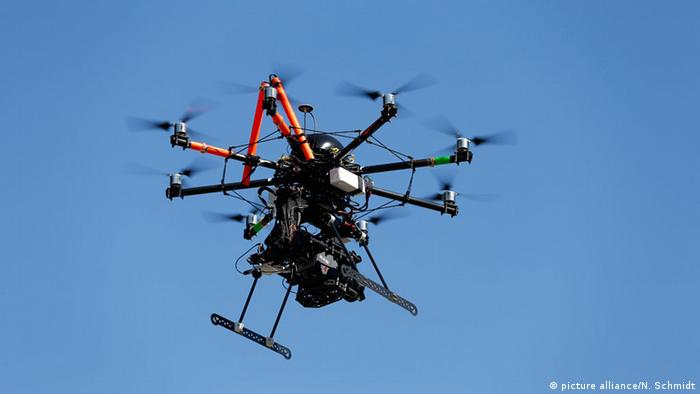 Drones can provide more detailed images of an ecosystem than satellites

It seems though that there are a few scientists around the world who are using drones to monitor environmental change. Is this a feature of environmental technology?

I think there area lot of really good applications of using drones. Largely they've been driven by the agricultural industry, because there has been a large need for agriculture to look at relatively small areas, and that is ideally suited to drone technology. I certainly expect that the use of drones is going to increase around the world, but there are still a lot of challenges.

I don't think that they are going to take over all environmental monitoring. Satellites will remain really important. Drones will give us excellent data, but over small areas. It is still really important to use them as part of the bigger picture, and to benefit from the overview that satellites give as well.

Using the drone, have you captured anything that's rather surprising or bizarre that you didn't expect?

I find it really exciting to download the photos at the end of a flight. You don't know at the time you're flying, but then you download the data when you come back and see that much marine life out in the [Great Barrier Reef], which you just wouldn't see from the shore.

In a number of photos and video footage that I took over the week that I was [at Heron Island], I saw turtles, sharks and rays. It was absolutely incredible. You are able to see these animals sometimes when you are snorkeling, but you could also just miss it. To sea it aerially is just incredible.

Karen Joyce is Senior Lecturer at the Centre for Tropical Water and Aquatic Ecosystem Research of James Cook University in Cairns, Australia. Her research focus is on mapping live coral cover using remote sensing - and recently drones as well. The pictures shown in the gallery above are taken by her drone.

Research Drones in the Jordanian Desert

The Stone Age meets the 21st century: US scientists are using drones to research the indigenous population in the Jordanian desert. They've found relics dating back 7,000 years, thanks to the un-manned aerial vehicles. (23.08.2016)