From cell phones to drones: how technology is helping conservation

As technology evolves at an ever-quickening pace, it is increasingly being used to aid conservation fieldworkers in their efforts. 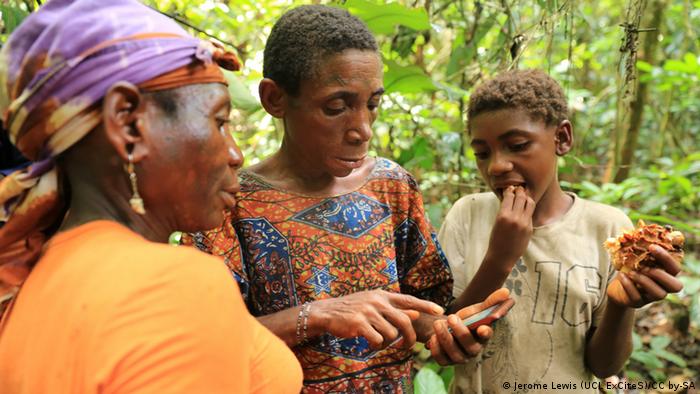 On a flyspeck of an island in the Caribbean Ocean, local fishermen did not need reams of data to understand that fish stocks were in decline. Big fish had become a less common sight, and productive coral reefs and nearshore fisheries no longer teemed with marine life. Faced with that realization, government officials and inhabitants of the former British colony of Barbuda decided to take action.

They enlisted the help of the nonprofit Waitt Institute, which plays a leading role in an environmental project called the #link:http://waittinstitute.org:Blue Halo Initiative#. Led by Waitt's executive director Ayana Elizabeth Johnson, its motto is to "use the ocean without using it up."

But with stocks dwindling, in 2013 the residents of Barbuda joined Blue Halo for a series of meetings aimed at coming up with a fisheries management program. One of the priorities was to set aside ecologically sensitive areas, such as mangrove swamps and coral reefs to prevent overfishing. To do that, they had to draft a comprehensive map, designating marine reserves and no-take zones. 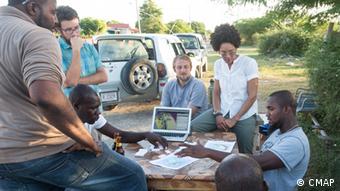 Mapping out the future requires sustained input from local stakeholders

Given the central role fishing plays in the lives of the islanders - 10 percent of whom rely directly on it for their income - Johnson understood the importance of getting the map's boundaries just right. But rather than schedule formal meetings at her office, she met stakeholders on their own turf, introducing them to #link:http://www.seasketch.org/home.html:SeaSketch# mapping software.

Will McClintock, a marine scientist at University of California Santa Barbara who worked on developing the technology, says it was designed to be managed by "somebody with a modicum of understanding with respect to GIS and related tech." Users could be "those without any understanding of those technologies whatsoever."

This reflects a trend in many conservation fields. As digital devices become more dynamic, the software that runs on them is getting increasingly sophisticated. Each new generation of digital cameras and smartphones is sleeker and more powerful, and specialized software that just 10 years ago could only run through hefty workstations can now operate on wafer-thin chips with enough processing power to handle complex tasks. 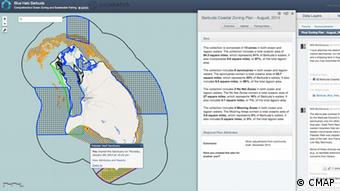 The revolutionary power of technology

Solutions are often found in a combination of off-the shelf devices and software written to meet a specific purpose. McClintock, for example, hired developer Chad Burt to design a suite of software tools to help government agencies manage California's extensive fisheries along the state's 840-mile (1,352-kilometer) long coastline. SeaSketch and eCatch are among the results.

And there are many more like them. In fact, there's now enough low cost, gee-whiz gadgetry embedded into personal technology to make a 1960s James Bond villain blush. The challenge is to find the sweet spot between being innovative and being practical. And plenty of innovators are trying to hit it.

Getting smart in the forest

In the Congo Basin near Brazzaville, a trial program is underway to establish the impacts of logging on the indigenous people living in the rainforest. A research group at University College London (UCL) worked with them to develop #link:https://www.ucl.ac.uk/excites/software/sapelli:Sapelli#, a tool that can be used to monitor tree stocks and thereby help local communities to protect their environment. The software runs on Android smartphones that costs less than $200 (186 euros). 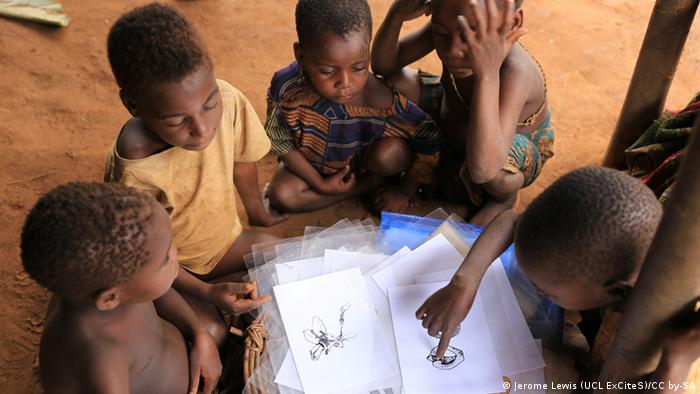 "The fact that we can use affordable smart phones means we can give a community 10 of them," said Muki Haklay, co-director of a citizen science program at UCL.

A smartphone is not a panacea, Haklay acknowledges. But he believes the ability to use such technology to document and transmit information about life in the rainforest is a step in the right direction, because it gives vulnerable populations living in remote regions a link to the outside world.

Conservationists have also taken to the sky. In 2012, eco-drone pioneers Lian Pin Koh and Serge Wich founded the nonprofit organization #link:http://conservationdrones.org/:Conservation Drones# (CD) to share their knowledge about low-cost, unmanned aircraft with other researchers and environmental groups.

Rather than slog through the rainforest, Koh decided to send a drone aloft to collect data on orangutang populations in Indonesia.

Koh and Wich assembled a drone for less than $2,000 using parts from a hobby kit, and used open-source software to guide it via a set of coordinates. After a successful trial run, the duo began to use the craft as a platform for camera and video equipment to capture high-resolution images above the jungle canopy. 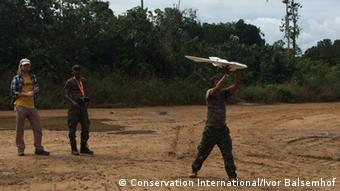 Although the project is in the early stages, CI spokesperson Mirjam Gommes stated it can really go places. "The sky is the limit - there are a lot of tools you can attach to the drone, depending on what you want to achieve," she said.

Whether it's mapping ocean resources or spying on the jungle canopy, conservation technology is becoming a valuable tool in the effort to measure the pulse of the planet.