Worst ever bleaching on Great Barrier Reef | Environment| All topics from climate change to conservation | DW | 31.03.2016

An aerial survey by scientists shows almost all the most pristine part of the Great Barrier Reef is suffering from severe bleaching in what is described as "the worst mass bleaching event" on record.

The world's largest living ecosystem stretches 2,000 kilometers (1,200 miles) along Australia's northeast coast and contains 400 types of coral, 1,500 species of fish and 4,000 types of mollusk. It brings in billions of dollars a year in tourism revenue.

New surveys of more than 500 coral reefs from Cairns in Australia to Papua New Guinea revealed that "almost without exception, every reef showed consistently high levels of bleaching", Professor Terry Hughes, convenor of the National Coral Bleaching Taskforce, said in a statement.

Large areas of the world heritage site face permanent destruction through coral bleaching, caused by warming waters as a result of climate change and the current El Nino event. The phenomenon occurs when trade winds that circulate over waters in the tropical Pacific start to weaken, and sea surface temperatures rise.

Corals can only survive within a narrow band of ocean temperature. They live based on symbiosis with algae that grows within their tissue - but as oceans warm, corals expel this algae, which causes coral bleaching and subsequently death of the coral.

The research team found only four reefs that had no bleaching.

Hughes said the bleaching was much greater than in earlier events in 2002 0r 1998. 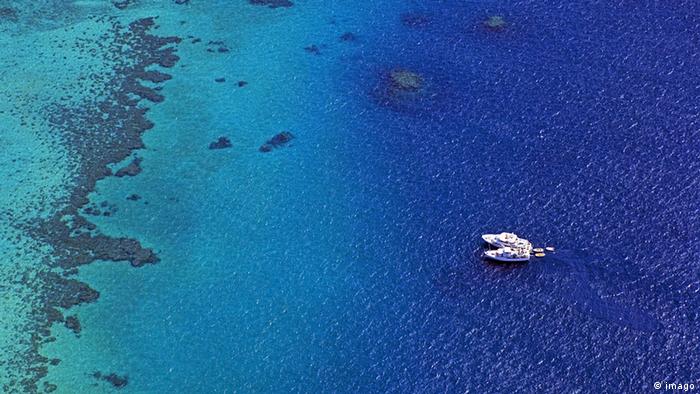 The Great Barrier Reef is the world's largest living ecosystem

Sponges and algae take over

The ongoing "third wave of coral bleaching" is not only affecting Australia's famous reef: It started in 2014 within the reefs around the US coasts. Last year, some of the areas in the Red Sea were affected.

Claudia Pogoreutz, who is doing research on coral bleaching at the Leibniz Center for Tropical Marine Ecology in the German city if Bremen, visited a reef close to the Saudi Arabian coast twice. "During my first trip, most of the corals were still alive, but all bleached," she told DW. "But when I went there again two weeks later, everything was dead already, and covered in slimy algae."

Once a reef is heavily affected by bleaching and the corals subsequently die, recovery is difficult. Algae and sponges that grow faster than corals might take up the empty space. "Once the coral reef is completely overgrown with algae or soft corals, it is very hard to reverse it back to a proper coral reef," says Pogoreutz.

In order to promote recovery, a lot of external factors need to be taken into consideration: Agriculture as well as wastewater from hotels or other facilities wash nutrients into to water, accelerating the growth of algae.

If divers are not careful, they can harm the sensitive ecosystem by breaking parts of the coral off. Climate change is reinforcing the effects of El Nino - which means that global carbon dioxide emissions also need to be reduced in order to save the reefs. 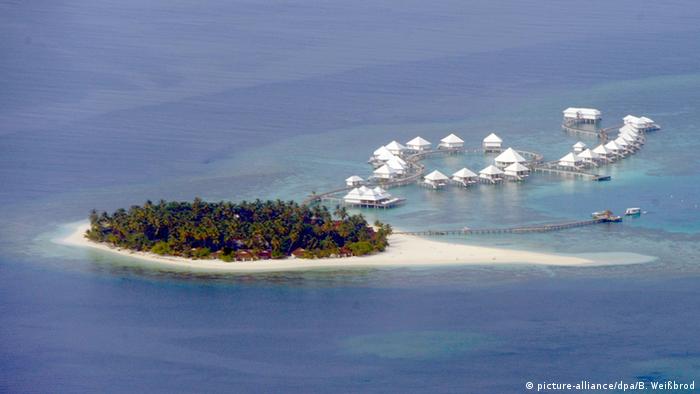 "We have had two very strong El Ninos within five years - this is very unusual, and very bad news for the coral reefs," says researcher Pogoreutz.

According to the US National Oceanic and Atmospheric Administration, the third and current global bleaching event that started in mid-2014 is now predicted to potentially last until 2017, due to the current El Nino.

"It will last for more than 2.5 years - which is, as far as I know, the longest [coral bleaching event] in recorded history."

Pogoreutz warns that the consequences would be disastrous - and not only for the different species of fish and plants that live in the reefs.

Around the globe, half a billion people depend on healthy coral reefs - either for food, or through tourism. And if the reefs were to die, even their very homes might be washed away by the waves: "Coral reefs prevent costal erosion because they break waves, and thereby reduce the energy of the waves that are hitting the shores."

Coral reefs host extremely rich biodiversity, and are full of organisms and microbes that are now also being investigated for potential pharmaceutical uses, Pogoreutz adds. Within the reef's rich biodiversity, scientists hope to find substances to treat HIV and cancer, as well as other diseases.