How China changed after 2008 Beijing Olympics

In 2008, the international community had hoped that the Beijing Olympics would usher in a democratic era in China. Ten years after the games, the Chinese state has become even more repressive and authoritarian. 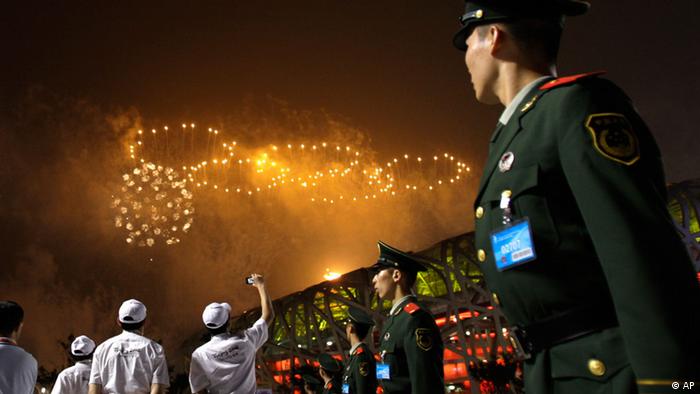 In 2008, when China hosted Olympic Games in the capital Beijing, there was optimism that the international competition would be the first step toward the country's liberalization and democratization.

There was a precedent for this hopefulness; the 1964 and 1988 Olympics had brought about a number of political and social changes in Japan and South Korea, respectively.

Ahead of the 2008 games, the Chinese government had lifted some internet restrictions and announced that it would allow demonstrations in official "protest zones." Chinese authorities also pledged that political and economic reforms would be introduced after the games.

"We thought this would be the beginning of a new journey. We had many expectations (from the 2008 Olympics)," Johnny Erling, a China correspondent for Die Welt German newspaper, told DW.

"I expected to have more freedom for my journalistic activities, which were strictly controlled and regulated by the government. But during the Olympics, the authorities allowed us to report freely. We were all very excited," Erling added.

Bernhard Bartsch, a China expert at Bertelsmann Foundation, shares Erling's views. "I think everybody expected that things would change for the better."

Both Erling and Bartsch now say they were mistaken.

Just months after the Olympics, China blocked even more international news sites, including Deutsche Welle's. And in the following years, media censorship only increased in the country.

According to Greatfire.org, an anti-censorship organization, 83,404 URLs are blocked in China. People in the country do not have unhindered access to the top five popular websites in the world — Facebook, Google, YouTube, Twitter, and Wikipedia.

Erling says that since 2008, the level of journalistic freedom has gradually declined in China. The relationship between the Chinese state and media has also drastically changed in the last 10 years.

"In 2008, Former President Hu Jintao pledged that the government would loosen control on media. Ten years on, the country's incumbent leaders want the Communist Party of China to regulate and control all content in all forms of media," Zhan Jiang, a media researcher at Beijing Foreign Studies University, told DW.

The year 2008 was not just remembered for the Beijing Olympics; several other events made headlines too. The Tibetan unrest and the subsequent government crackdown on Tibetan protesters also shaped the future course for China.

Chang Ping, one of China's best-known political commentators, says that 2008 was the year in which China's relationship with the world underwent a major transformation.

"Before 2008, the Chinese government kept a low profile on the international arena. It also made promises to the Chinese people that there would be more rights and more democracy in the country. After the Beijing Olympics, Chinese authorities changed their tone completely. They said they did not need to learn from the West anymore, and that the Chinese political system was better than other systems in the world," Ping said.

"Before 2008, 'connecting with the world' was a catchphrase in China. After 2008, it disappeared from state media. The new message was: now the world should follow us," he added.

China says it's on right track with growth

Bartsch is of the view that from the Western perspective, 2008 was the year when things changed for the worse with China.

"Prior to the Beijing Olympics, China suffered from an inferiority complex. But after the games, it gained self-confidence, which has now developed into over-confidence," the analyst said.

Ten years since the 2008 Beijing Olympics, the space for public engagement and dialogue has shrunk in China. But at the same time, China has become an economic superpower. Its political clout has also grown around the world.

At the annual gathering of Chinese lawmakers earlier this year, President Xi Jinping said that China was now in a position to offer "a new type of political system" to the world. In other words, an authoritarian political system is now being exported to other parts of the world.