How bad is the chaos in Brazil′s government? DW′s Conflict Zone asks Vice President Hamilton Mourao | World | Breaking news and perspectives from around the globe | DW | 08.10.2020

"Brazil is a very different country," its vice president tells DW's Conflict Zone. But how does he explain government turmoil and the departure of successive health ministers during a global pandemic?

"Brazil is a very different country and well, some things that happen here doesn't happen in other countries. It's our culture," Brazilian Vice President Hamilton Mourao told DW's Conflict Zone regarding the dramatic departure of a senior minister in June.

Allegations of high-level corruption, huge fires and illegal deforestation in the vital Amazon rainforest, and dangerous talk about military intervention are not all common features of the politics of other countries — but each has been an issue in the capital, Brasilia, during the administration of President Jair Bolsonaro.

On top of this, the country faces the third-highest number of COVID-19 cases in the world. 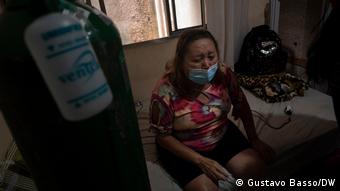 Many survivors of Covid, like this Sao Paulo woman, have reported suffering from longer-term symptoms. Her husband did not survive Brazil's pandemic

Bolsonaro has been dismissive about the coronavirus threat and in March compared it to "a measly cold." Since then, over five million people in Brazil have contracted the virus, including Bolsonaro himself, and nearly 150,000 people have died.

Vice President Mourao expressed regret over the loss of life and said despite the high number of cases and deaths in Brazil, "we dealt very good with this pandemic crisis."

In May, the vice president wrote in an online article for a Brazilian newspaper that institutional damage was "driving the country into chaos."

Conflict Zone host Tim Sebastian asked if this was an indictment of his own government, but Mourao blamed an excess of political tribalism and polarization in Brazil and said the administration was "running the country well." 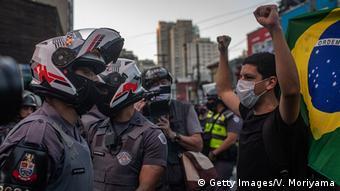 Thousands of anti-government protestors rallied in June, fueled by the administration's handling of the pandemic and its refusal to publish Covid data

"We had some difficult times some months ago, but now everything's okay."

Were the warnings about chaos just preparation for military intervention? In June, the president himself said the armed forces would not accept "absurd decisions" by the Supreme Court or Congress.

Mourao dismissed those concerns: "The armed forces are aligned with their constitutional mission and they are not stepping out of it.

"I've got to make it very clear that democracy is a value not only for Mr. Bolsonaro's government, but as to our armed forces, too. So, there is no threat to the Supreme Court or the legislative system here in Brazil." 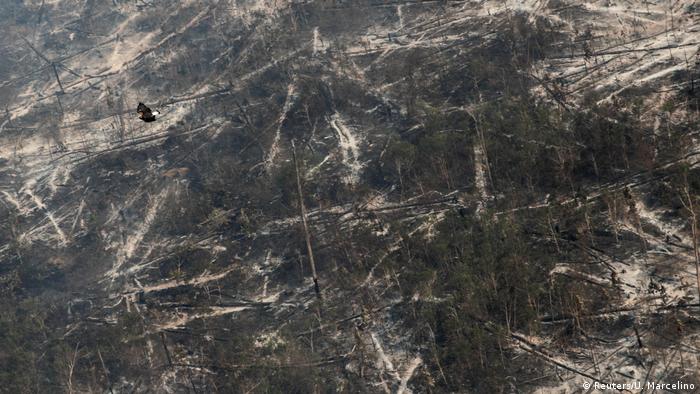 In August, President Bolsonaro called reports of numerous Amazon fires "a lie," despite clear evidence of them. Does the administration have a problem with the truth?

"Well, we don't deny what happens, and we've been working very hard to stop any illegal deforestation and illegal fires that happen in the Amazon," said Mourao.

He said earlier work was paying off and deforestation had been decreasing since June, but fires were still a problem in the dry season.

"The dry season year to year is beginning to be bigger and bigger and […] we have to put more resource in the fight against the illegalities that happen in the Amazon area."

Eight European countries wrote to Mourao in September with concerns that Brazil was backsliding on environmental protection.

The coronavirus is forcing some Brazilian parents to work from home, mind their own kids and clean their own houses. That has threatened the livelihood of the mostly female labor force that had tended Brazil's homes.

A recent Council of Europe report gave a stark warning on the state of European democracy, saying the democratic environment and institutions "are in mutually reinforcing decline." Dunja Mijatovic spoke to Conflict Zone.