Eight European nations have warned Brasilia of the economic damage the country might incur if the current trend in Amazon deforestation is not halted. 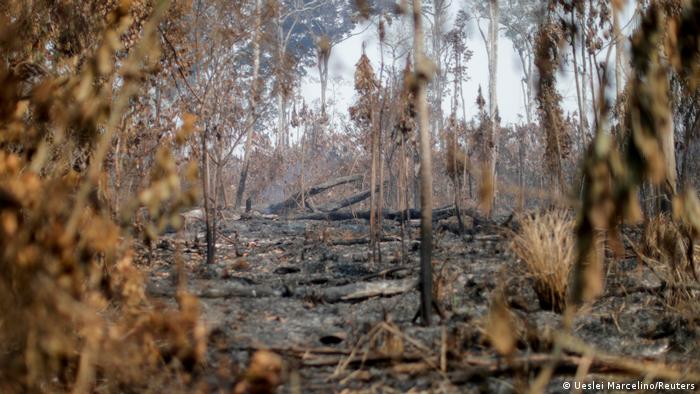 The joint statement from European countries urged Brazil to take real action to reverse a trend ofincreasing deforestation in the Amazon, threatening that there might be economic ramifications if it failed to.

The countries, which are part of the Amsterdam Declarations Partnership group, sent an open letter to Brazil's Vice President Hamilton Mourao. They expressed concern that the country was backsliding on a previous strong record on environmental protection.

It said that multinational companies with stakes in Brazil were increasingly unable to meet their environmental targets and may feel forced to invest elsewhere.

"While European efforts are aiming at achieving deforestation-free supply chains, the current trend of rising deforestation in Brazil is making it increasingly difficult for businesses and investors to meet their environmental, social and governance criteria," the two-page letter said.

"The countries meeting under the Amsterdam Declarations Partnership would expect a renewed and firm political commitment from the Brazilian government to reduce deforestation being reflected in current and real action."

Fears for indigenous people and wildlife

Deforestation in the Brazilian Amazon has shot up by 34.5% in the last 12 months up to July, according to preliminary data. The countries – Belgium, Britain, Denmark, France, Germany, Italy, the Netherlands, and Norway – said they were deeply concerned about the impact of deforestation on biodiversity and indigenous peoples.

The letter also raises the possibility that consumer boycotts could also hit the Brazilian economy. However, it shied away from mentioning a yet-to-be ratified trade agreement between the European Union and the Mercosur confederation of South American countries.

German Chancellor Angela Merkel, whose country currently leads the partnership group, has expressed skepticism about the deal in light of the deforestation trend. Germany's Green party has urged Berlin to cancel the deal altogether.

"We must stop trade agreements that promote the clearing of valuable forests," said the Greens' parliamentary spokeswoman on conservation, Steffi Lemke.

However, the German government has said it "does not intend to demand renegotiations at this time."

Environmental activists say the policies of right-wing President Jair Bolsonaro, which call for the development of the Amazon region, are to blame for the destruction of the forest.