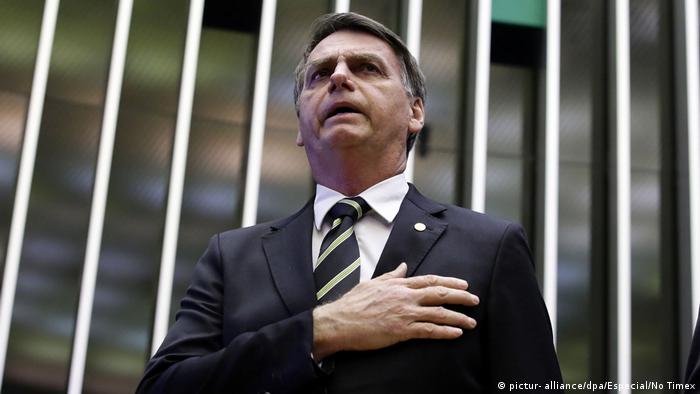 Politics without ideologies and party cliques — this was Jair Messias Bolsonaro's campaign promise. And Brazil's incoming president has indeed assembled an administration with diverse affiliations. There are seven career politicians in Bolsonaro's cabinet, seven military men and eight "technocrats."

The most obvious division is between the "Chicago boys" — nicknamed for their affinity for the laissez-faire economists turned out for decades by the University of Chicago — and the military wing, including Bolsonaro himself and his vice president, General Hamilton Mourao. Led by the finance guru, banker and incoming economy minister Paulo Guedes, the classically liberal economists intend to cut state spending as much as they can.

Guedes intends to cut subsidies for entrepreneurs, as well as pensions in the public sector. State-owned enterprises are to be privatized. This puts him on a collision course with the military, which does not want to see strategic industries, such as oil production and electricity supply, in foreign hands.

"There are major differences in economic policy," the political scientist Oliver Stuenkel told DW. "However, the military also knows that the Chicago boys were incredibly important in winning the elections. This is the reason banks and investors supported Bolsonaro's candidacy."

Sergio Praca, of the Fundacao Getulio Vargas (FGV) think tank, also sees the potential for trouble in the pension cuts. "It seems unlikely to me that the military will let up on pension reform," Praca told DW. "Paulo Guedes will probably have to make concessions." Observers say some people who retire from the military receive up to 16 times more in pension than they pay in. This is where Guedes would like to begin his cuts.

Further factions include the supporters of Guede's economic policy of selling off state assets and an anti-globalist alliance. Ernesto Araujo, who becomes the foreign minister on January 1, has called for a "Christian alliance" with the US and Russia against the "Marxist-Communist world conspiracy," which he believes includes China and international organizations such as the United Nations. Bolsonaro himself also belongs to this camp, members of which consider the conspiracy theorist Olavo de Carvalho their guru — something like the Brazilian version of Steve Bannon, the far-right former adviser to US President Donald Trump.

Breaking with China, Stuenkel said, could prove particularly problematic because Brazil has relied on trade with the country to boost its growth. About a quarter of Brazil's exports go to China; the mining giant Vale sends a third of its exports to the country. Economists have also cautioned that Bolsonaro's plan to relocate Brazil's embassy in Israel to Jerusalem from Tel Aviv has caused friction with his counterparts in Arab countries, who believe the city should be returned to Palestinians.

And then there's the matter of how the anti-globalists view Guede's plans for privatization. There is little public support for selling off state-owned enterprises to the international financial market. "The military knows that the population is generally not pro-globalization,' Stuenkel said. "Bolsonaro is also an anti-globalist at heart. He believes it is important for the state to control crucial sectors such as state oil producer Petrobras. That's why I believe the military will prevail. I believe they will form a decisive power center within the administration."

Bolsonaro has also forced Brazil into a U-turn on climate policy. He has refused to host the 2019 COP25 climate conference in Brazil; however, not all is yet lost.

"It is not yet clear whether Brazil will copy the Trump administration's disastrous decision and withdraw from the Paris climate accord. I hope not because I don't want to think about the international reaction to such a decision," the environmental journalist Andre Trigueiro told DW. "But I would like to remind you that there is a difference in the United States between what Trump has announced and what he can push through." 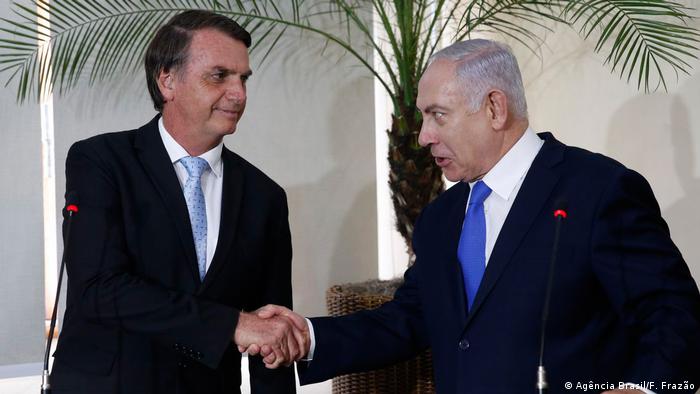 It remains to be seen what Brazil can expect from an alliance with the United States. Trump's "America First" doctrine will keep many Brazilian products out of the US. The countries also compete for certain commodities, and the trade war between the United States and China could hit Brazil hard. If China buys more US goods in the near future, Brazil will be the loser.

"The pro-Trump group wants to be close to the US, but has no clear idea what exactly they want out of this strong partnership," Stuenkel said. "The main thing is to internally project that this government is very similar to Trump's administration. Many Bolsonaro voters are convinced that Trump is doing a good job in the US."

Bolsonaro is likely to have the easiest time advancing his right-wing religious agenda. The billionaire evangelical preacher Edir Macedo and the millionaire Pentecostal pastor Silas Malafaia have pushed the idea that often-marginalized LGBTQ+ communities have too much influence in Brazil. The support of right-wing religious groups helped tip the election in Bolsonaro's favor.

"We will see major changes in the area of cultural wars and classical conservative thinking in the social sphere, mainly because there is no group within the government to impose a more moderate strategy," Stuenkel said. "Neither the economists nor the military care what the government does in terms of minority groups," he added.

Bolsonaro attracted voters with his pledges to abolish programs that had expanded access to universities for students from historically underrepresented groups, cut support for economically excluded Brazilians, and expand the government's control over teachers and professors. The new president also said he would work on "strengthening family values."

Stuenkel said the president would likely play culture cards to distract from any early failures of his administration — "especially if economic growth does not pick up quickly and there are one or two corruption scandals: Bolsonaro knows that it is important to appeal to conservative values."

Bolsonaro's core election promise was to keep political parties out of government. He had blamed them for Brazil's years of political instability and corruption scandals. "Not only will that fail, but I doubt it will even be attempted," the FGV's Praca said. "Of course, there is a desire to govern differently than before. It's also a way of making it clear to party leaders that the new government won't go along with the way everything used to be done."

Things will probably continue as before. "You can't govern without making concessions to the parties," Praca said. "Perhaps we could keep it going for a month or two, but it doesn't work as a government strategy. There is going to be a fast learning curve."