Many African slaves' descendants live in Brazil's slums, where they face daily violence and racism, often at state hands. Some support new President Jair Bolsonaro, who has promised a crackdown, but others are wary. 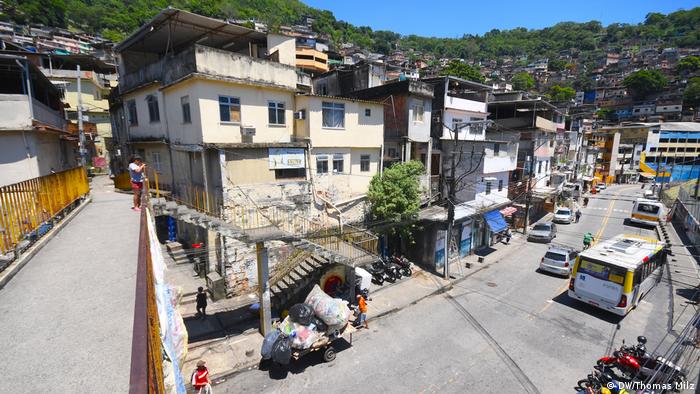 "Please don't take any photos," mumbles Diego Francisco. The situation is tense. "Keep moving!" I would have loved to have photographed the two heavily armed policemen who have been silently accompanying us since we entered the Borel favela. Diego, a journalist, leads me through the sea of houses and huts where he grew up. Borel is located in Rio de Janeiro's Tijuca district, traditionally a white middle-class residential area, but which has fallen out of favor with the demografic group since the violence in the surrounding favelas exploded.

On January 1, 2019, a new president will take office: Jair Messias Bolsonaro, a right-wing hardliner who has threatened even more harsh police action against drug gangs in the favelas. But he is still popular, even in Rio's slums. We pass improvised brick huts and a small stream. The brown-grey water smells musty, there is no regulated sewage system.

We're in front of the Pentecostal church, Assembleia de Deus. At the beginning of December policemen stormed the church during an evangelical service, searching for a drug lord. The police officers then came under fire from gang members in the surrounding hills.

If you ask neighbors of the church, now littered with bullet holes, what they think of Bolsonaro, you hear almost only agreement. At last, someone who will use strong-arm tactics and keep things in order. "Even if that means more police operations?" Yes, even then.

A tattered poster is stuck to a pillar. It shows Rio's most famous face, that of black city councillor Marielle Franco. On the night of March 14, 2018, three bullets hit Franco in the head. One also hit her in the neck. Black police officers and black drug lords have always been killed in Rio. Now Franco, a human rights activist who was committed to helping black women in the favelas, has also been killed. In the middle of the street in the center of town. 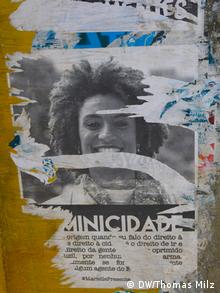 Diego's mother, Monica Francisco, is an Evangelical pastor, a human rights activist and from January, she will be a member of the state parliament. No, she doesn't like the label "Marielle's heiress" very much, she says. She is one of four black women activists who surprisingly won a mandate in October for the left-wing Socialism and Liberty Party (PSOL), which Marielle had been a part of, too.

Figures of hope for Brazil's Left

The elections were a disaster for Brazil's Left, which ruled the country from 2003 to 2016. Many Brazilians blame them for the country's chaos. Nevertheless, Monica will now be moving to the state parliament, together with Renata Souza, Marielle's former office manager, and Dani Monteiro, Marielle's assistant. The fourth activist, Taliria Petrone, has even made it to the federal House of Representatives in Brasilia.

Marielle was a "companheira," a fellow activist, Monica explained. "As early as 2010, Marielle and I were denouncing the daily violation of favela inhabitants' rights to the commission on human rights." At that time, police had occupied Borel in order to expel drug gangs. But instead of the promised social programs for young people, the state offered only one thing: pure violence. The police behaved like an occupying force, Monica says. 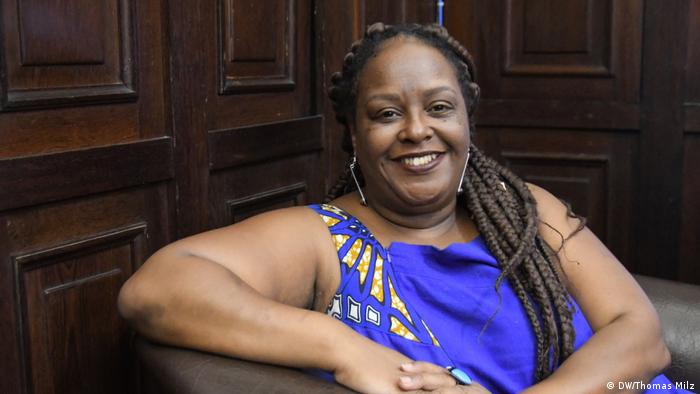 Monica Francisco will be entered the state parliament in the new year. She worked with Franco for the rights of those in favelas.

Graffiti on a wall serves as a reminder that police officers shot a teenager here because they mistook his bag of popcorn for drugs. Police also imposed curfews on Borel's residents. Those who live in Rio know that such harassment does not exist in middle-class areas.

Before the presidential elections in October, Monica spoke out against Bolsonaro's candidacy. Instead of solving problems with social programs, Bolsonaro thinks they can be fixed with pious prayers, brutal "Wild West" methods and homophobic remarks, she explains. But the majority liked Bolsonaro's ideas, even in Rio's favelas.

Rio is particularly chaotic. The last two state governors have been imprisoned for corruption, state funds are nonexistent. "There is a feeling that everything is out of order. Someone with an iron fist, who is unyielding, is now supposed to organize life again. People expect that from the authorities," says Monica. 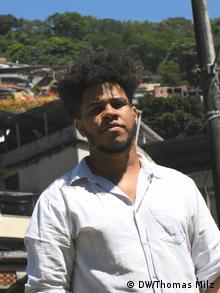 Diego shows me his old school. Black students stand in line. "Not a sound," warns the teacher. The kids march to lunch with their arms behind their backs. "It's just as racist as it was back then," says Diego. "Nobody would do that with middle- and upper-class children."

Starting January, Rio's new governor, a hardliner like Bolsonaro, wants to send drones into the favelas to get rid of drug dealers. Between January and November, 1,444 people were killed by police in Rio, a sad record. Not a good outlook. "Everyday life in the favela is being militarized," says Monica. "There is a real state of emergency."

Monica, on the other hand, wants to fight for the construction of an outpatient clinic for the region's pregnant women. It should stand as a symbol against violence and death. A symbol of hope for a better life.

Authorities in Rio de Janeiro have struggled to bring rampant crime under control. While the wealthy can adjust their daily lives to cope with the violence, residents of the city's favelas are trapped. (02.10.2018)

The victims were mostly elderly people, who had remained at the church to pray after Mass had concluded. The 49-year-old attacker, who was not a member of the church, killed himself at the scene. (12.12.2018)