The brutal murder of Marielle Franco has triggered protests nationwide and calls for justice. The tragic event has highlighted Brazil's crime problem and the vicious cycle of violence that exists in the favelas. 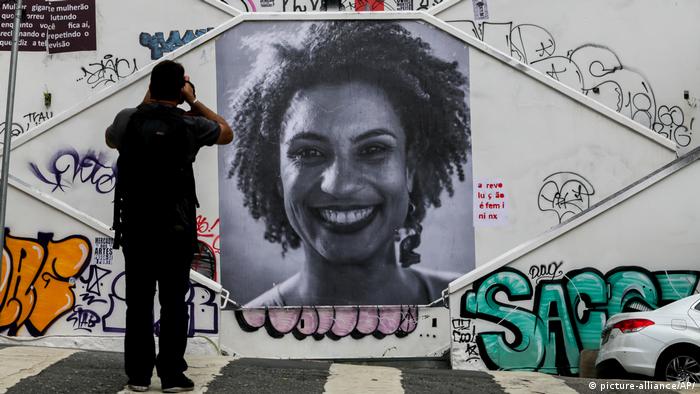 Thousands of Rio de Janeiro residents took part in the latest public demonstration over the tragic death of 38-year-old councilwoman and activist Marielle Franco on March 14. The event rocked Brazil and reignited a debate over crime, police brutality and impunity in the South American nation.

Artists, activists and Franco's sister, Anielle Silva, gathered on Tuesday in Rio and called for an independent investigation into the death of the activist, a member of the socialist party PSOL.

Silva also defended her sister and denounced what she called "fake news" online reports that alleged that Franco had ties with drug traffickers that operated in Rio.

"Marielle was never a gangster. We were never financed by drug traffickers and she never married a gangster," said Silva. "They are not going to destroy what my sister built."

Franco and her driver, Anderson Gomes, were traveling through Rio's dangerous north side when a vehicle pulled up beside them and gunned them down. Both died at the scene.

Four of the nine shots hit the councilwoman in the head, in what seemed like an assassination style killing. Rio police are currently coordinating with federal authorities in the investigation into the murder, which they believe was planned.

The authorities say two vehicles followed Franco's car, according to security footage, and the assailants knew exactly where she was seated when they fired the shots with a 9 millimeter pistol. One of the councilwoman's aides was also in the car and survived. 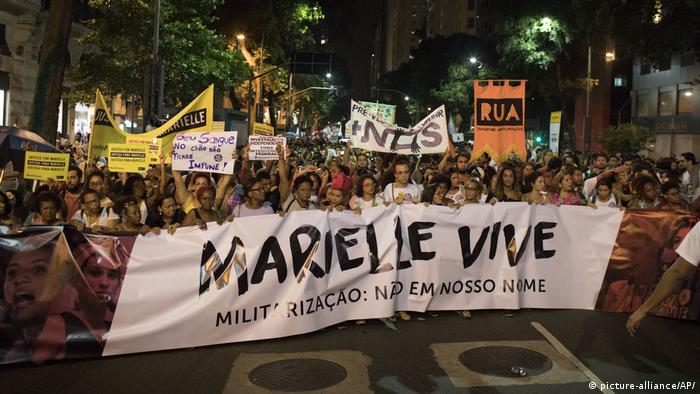 The murder sparked a wave of protests across Brazil. On Sunday, March 18, some 2,000 residents of the Mare favela expressed sorrow and defiance, vowing that "Marielle's voice will not be silent."

Many at the march in Mare believe that the activist was killed in an attempt to silence criticism of security forces. Marcelo Freixo, a Rio state legislator and fellow PSOL party member, called her killing "revenge and a message."

Franco's sister Anielle Silva told local media on Wednesday that Pope Francis had called her mother to express his condolences to her family. "She was so moved that she barely even processed what the pope said. She told me that he spoke Marielle's name, expressed his solidarity and said that he was praying for the family,' Silva said.

While the police is supposed to help residents, they have also been accused by major human rights organizations of engaging in the violence and having carried out extrajudicial killings.

Franco, born and raised in the Mare favela, was an outspoken critic of police behavior and the militarization of poor communities like her own. She openly denounced police brutality up until her death.