From January, Brazil will be soon ruled by former military leaders. There is growing support for this in Congress, but ever more people fear there will be a coup. Thomas Milz reports from Rio de Janeiro. 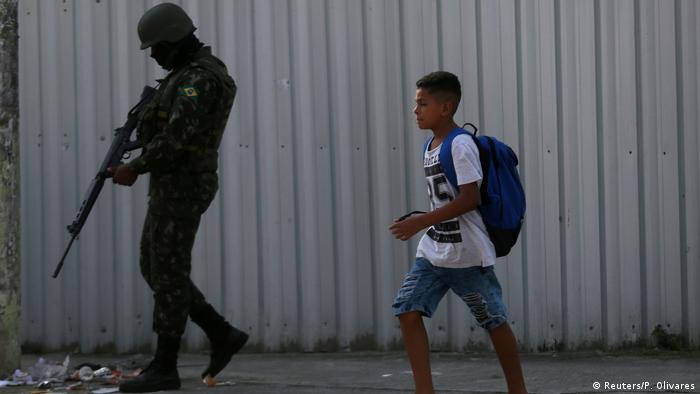 Brazilian President-elect Jair Messias Bolsonaro is a former paratrooper; his vice president, Hamilton Mourao, is a retired four-star general. Observers expect that half the Cabinet could in future consist of military personnel, with some calling it a "military government" for this reason.

The defense minister-to-be — a retired general — objects to this view.

"This has nothing to do with a military government. Nobody is thinking about military intervention or authoritarianism," Augusto Heleno told the daily O Globo. "It is just that people are getting involved now whose qualities the country has long overlooked. Few people know Brazil as well as we do." It was a matter of common sense to use the military's knowledge, he said.

Defense of the dictatorship

Brazil returned to democracy in the mid-1980s after 21 years of dictatorship. Since then, governments have always made it a priority to keep their civilian character. The military was subordinated to the Ministry of Defense, which was led by a civilian. Now, with Bolsonaro's election victory, the military is coming to the fore on all social fronts. Bolsonaro's message is that his government will resolve the triple crisis of economic decline, increasing violence and rampant corruption that he alleges to be the result of a corrupt party democracy with its haggling over positions and party cronyism. 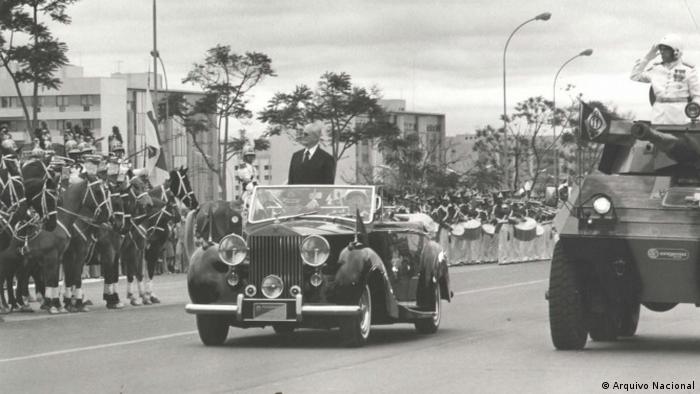 Since entering politics in the early 1990s, Bolsonaro has defended the dictatorship and its torturers, who in his eyes are Cold War heroes. Political scientist Oliver Stuenkel from the think tank Fundacao Getulio Vargas (FGV) in Sao Paulo told DW that Brazil had never properly dealt with the dictatorship period, which was why it was now acceptable again. "The armed forces are now regarded as the guarantors of order."

According to a survey conducted in June by the Datafolha opinion research institute, 78 percent of Brazilians trusted the armed forces. In comparison, only 57 percent trusted the Supreme Court, and only 31 percent trusted Congress and the political parties respectively. Coronel Robson Rodrigues da Silva, who was until the beginning of 2016 the deputy commander of the Policia Militar, Rio de Janeiro's militarized state police, told DW that "this desire to go back to the glorified past has always been latent in Brazilian society."

"Part of society has always wanted this return to the past, and this feeling has now mixed with the rejection of the PT Workers' Party and the anti-corruption movement. All this together resulted in a mixture that led us to the catharsis represented by the election of Bolsonaro," said Rodrigues.

Bolsonaro has blamed Brazil's decline on the left-wing PT party and its founder, Luiz Inacio Lula da Silva, who was head of state from 2003 to 2010.

According to Bolsonaro, there is also a moral crisis. He believes there is a lack of respect for institutions, of love for the "fatherland" and of commitment to traditional family values. Here, too, the armed forces feel they are right for the job: The number of public schools headed by military and police is rising rapidly. 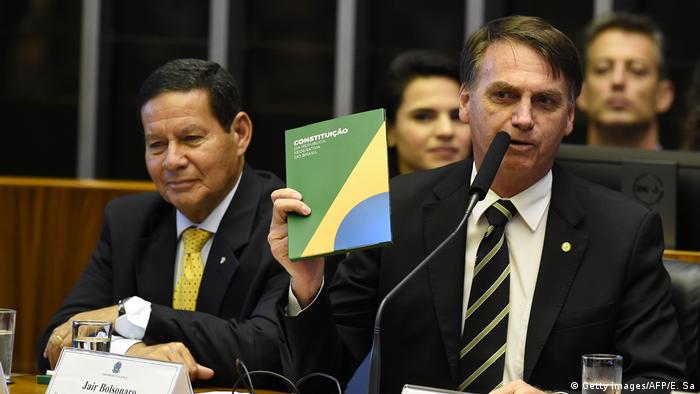 Bolsonaro (r.) and Mourao (l.): Upholders of the constitution?

They still represent less than 1 percent of all educational institutions. But Bolsonaro wants them to serve as role models for society. Moral and civic education is to be reintroduced at all schools and history books are to be revised to present the military's view of the 1964 takeover. The president of the Supreme Court, Dias Toffoli, declared a few weeks ago that he preferred to speak of the "1964 Movement" instead of the "coup." Brazil's students will probably soon follow his example.

According to Robson Rodrigues da Silva, many military personnel consider themselves to be the saviors of their country. "They have a messianic vision that they will protect and save society." Others, he said, wanted to take over the role of political parties in order to serve the economic interests of the arms industry in particular.

"They believe that their moment has come to take over the state apparatus," Rodrigues said.

Read more:Big beef versus family farms: A war of ideas in Brazil

These groups now also have stronger support in Congress. The trade unions' political institute, DIAP, estimates that the "Bancada da bala" ("parliamentary group of the bullet"), a parliamentary bloc with radical views on internal security, has grown from 35 to 61 members in the elections. The Bancada debuted in the Senate with 15 senators, including Bolsonaro's son Flavio.

Members want to legalize the arming of citizens and make the shooting down of bandits by the military and police exempt from punishment. This hard line is popular but has disastrous consequences, warns Rodrigues. He says that, as head of the Policia Pacificadora (UPP) peacekeeping units in Rio de Janeiro's favelas, he learned that more violence is not a solution. "This is a stupid militarization that neither advances police training nor invests in society's socially disadvantaged sectors." 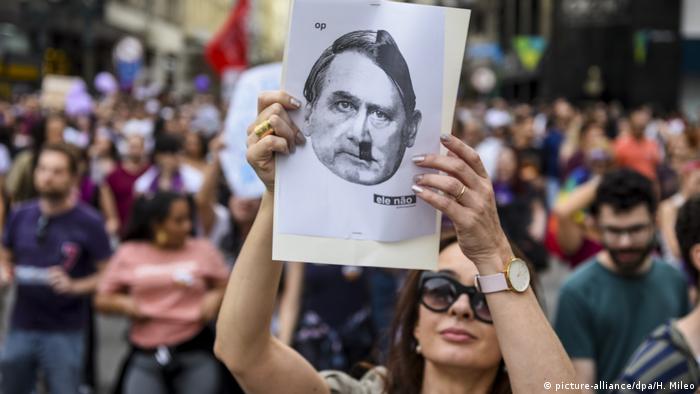 Some Brazilians think of other dictators in connection with Bolsonaro

Reports in the daily Folha de S. Paulo say that the armed forces' leadership is also not entirely enthusiastic about its increasingly political role. There are fears that a possible failure of the Bolsonaro government could damage their reputation, the paper says. Bolsonaro is believed to have plans to replace the hesitant elements in the military leadership at the beginning of next year.

Privileges for police and armed forces

There is a further impending stress test with the upcoming pension reforms. In view of a record deficit in the pension fund, the new minister for economic affairs, Paulo Guedes, wants to cut military salaries. The per capita deficit is sixteen times greater than that of employees with normal insurance. Bolsonaro backtracked on Monday — exceptions will be made for policemen and military personnel.

Unrest is also growing among the general public. After polling institute Datafolha last summer put confidence in the military at the record level of 78 percent, recent surveys from October now show that half of the population is afraid of a new military dictatorship. And 31 percent even believe that the risk of the armed forces assuming power is currently particularly high.