Understanding the populist narrative | World | Breaking news and perspectives from around the globe | DW | 28.10.2018

Populist politicians around the world share the ability to use a strong narrative to appeal to voters — regardless of the facts. Storyteller Jorn Precht explains how they do it and the dangers of oversimplifying reality. 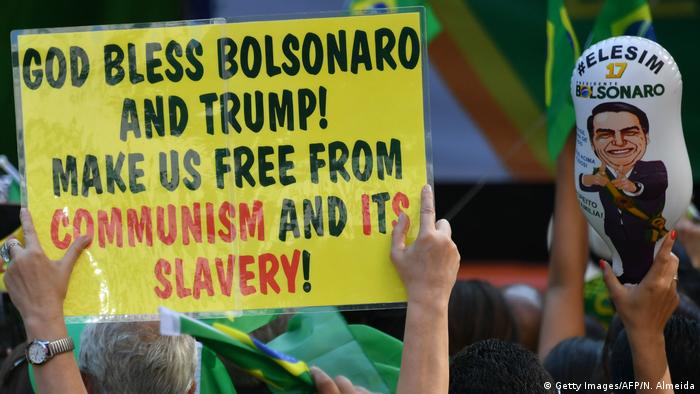 From Donald Trump in the US to Jair Bolsonaro in Brazil — populist politicians are on the rise in many countries around the world. But although they may be separated by distance and culture, these populist movements have one key thing in common: their ability to understand the power of a strong narrative in order to connect with the people.

DW spoke with a professor of storytelling and scriptwriter, Jorn Precht, about how populists use classic elements of storytelling to appeal to voters and the dangers of spreading false information via social media.

DW: From the perspective of a professional storyteller, what story do populists tell and why are they so appealing to some people?

Jorn Precht: In movie storytelling, we often hear of the KISS principle — it stands for "Keep it simple, stupid." You are encouraged to create a story that everybody understands. And by virtue of creating simple, easy, understandable stories, the populist movements seem to have been very effective in recent times. There are certain ingredients to a story. One is a catastrophe or disaster of some kind. We, the heroes of our stories, are in some kind of mortal danger. And then there's a sort of resurrection and we fight back from the crisis. If we look at typical populist stories, then we see that the evocation of a crisis or decline is always there. It's one of the basic elements of populist argumentation structures. Others are, for example, the notion of common people versus the elite and that the people have a kind of common sense underlying their judgments. And then populists also have conspiracy theories regarding the evil intrigues of the elites. And the discourse becomes very moralized. 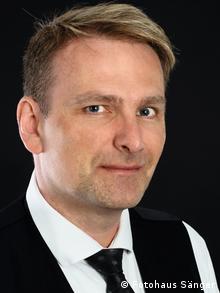 When you look at what Donald Trump or what the AfD in Germany are doing, do they apply these elements?

Yes. [Trump's] slogan "Make America great again" suggests there is a crisis. The question is: Why is America no longer great? Who bears the blame? Of course, it's the Democrats or the elites. Trump's a millionaire. He's a member of the elite. But populists like Donald Trump still see themselves as the direct and sole representatives and executives of the people's true will and pretend to defend them against corrupt and parasitic elites. According to the notion of the right-wing populists, these elites engage in an alliance with people like Muslims, Mexicans or foreigners, who are also allegedly parasitic. So [for his supporters], Trump is sent by God to defend people against the evil things present in modern times. It's an absolute simplification of society. Storytelling by populists seems mainly to work with two feelings — one is nostalgia, and the other thing that's very important is fear of the unknown.

So it evokes nostalgia, fear and also the hope that this new "hero" may offer?

Yes. This is interesting because the hope attached to the populist leader is also the hope for simplification. I think this comes psychologically from family structures: [The idea that] 'father will take care of it.' Populist movements tend to move toward male leaders. They often go back to a time like the 1950s when the husband worked and the woman was at home. Donald Trump is a 1950s macho, in a way. There's also nostalgia about gender roles. Populists and their supporters think the world was less complicated back then. If you read the papers from that time, women were more suppressed, but that doesn't mean that the world was less complicated.

Does this populist narrative work the same way in different countries? Are the same elements involved in Brazil, the US, Hungary and Germany, for example?

Astonishingly, yes. They are very different cultures, but the feeling of nostalgia and the feeling of being threatened and the longing for a father-like leader figure seems to be something generally human. This works very well in many countries.

So if emotions are that important, what can facts do?

If we think of Donald Trump, we sometimes feel that facts are no longer relevant. The populists want to select facts. They don't like criticism, of course, because criticism starts discussions, and discussions mean that the world is more complicated than they say.

You've looked at how simplification of the world is used, for instance, on social media in Germany. How does it work on these platforms?

Twitter and Facebook enable users to comment on articles from acclaimed mass media [outlets]. So this provides an effective way to promote populist narratives. There are a few people who organize themselves very well — even some bots from Russia and some fake profiles — and they try to influence public opinion on topics such as refugees. The bots from the populists swarm in and comment. But now there is also a countermovement. There are people who post material opposing fake news or false facts. And the state is learning how to [push back] against the illegal influencing of people. Chancellor Angela Merkel recently said [the German government] was thinking about punishing those who spread fake facts or fake news. So I think there is hope for real discussion.

I know that you advise scriptwriters. Would something like this work as a series on Netflix?

I think what would work perfectly on Netflix would be a story about someone who is doing research on the influence of bots on elections and he is trying to find out more about that and then his life is threatened. This would be a good idea for Netflix. As for populist storytelling, with a leader who does everything that is needed, in storytelling we usually have that person as the antagonist — like in Star Wars, where the emperor tells the people of the Empire what is right. In successful modern storytelling, populist [themes] tend to be used more for antagonistic forces than for the heroes.

Jorn Precht is a professor in storytelling and audiovisual media at Stuttgart Media University and a founding member of the Institute for Applied Narration Research (IANA). He is also a storyteller himself, having written scripts for TV and film and several novels.

This interview was conducted by Anke Rasper.