President-elect Jair Bolsonaro wants to fulfill a campaign promise to make it easier to own a firearm. More than 63,000 people were murdered in Brazil in 2017, despite relatively restrictive gun laws. 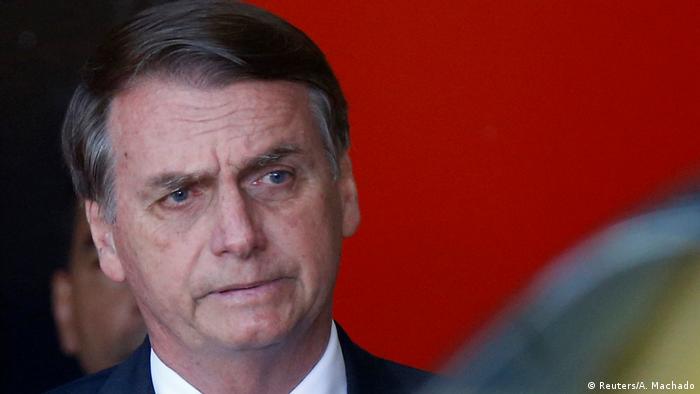 Brazil's far-right President-elect Jair Bolsonaro has said he will relax the country's restrictive gun laws to allow people with no criminal record to own a firearm.

On Saturday, Bolsonaro wrote on Twitter that he would sign a decree ordering the move shortly after taking office on January 1.

The measure had been one of the former army captain's campaign promises. Bolsonaro believes the move could help more people in Brazil defend themselves against criminals.

The South American country, which registered a record 63,000 murders in 2017, is plagued by gun violence despite strong gun control laws. Firearm sales are restricted to small-caliber weapons, and buyers are required to complete extensive background checks.

In 2005, 64 percent of voters rejected a proposed ban on all firearms in a referendum.

Bolsonaro, who won the presidential election in October, made several racist and anti-gay statements during his campaign and expressed nostalgia for Brazil's 1964-1985 military dictatorship.

Right-wing president-elect Jair Bolsonaro said he would aim to unite a divided country. He has vowed to withdraw government advertising from "lying" media. (29.10.2018)