Adolf Hitler had millions of people killed, but he loved his dog Blondi. How do you reconcile a love of animals and racial fanaticism? A new book looks at a facet of history that has largely gone unexplored. 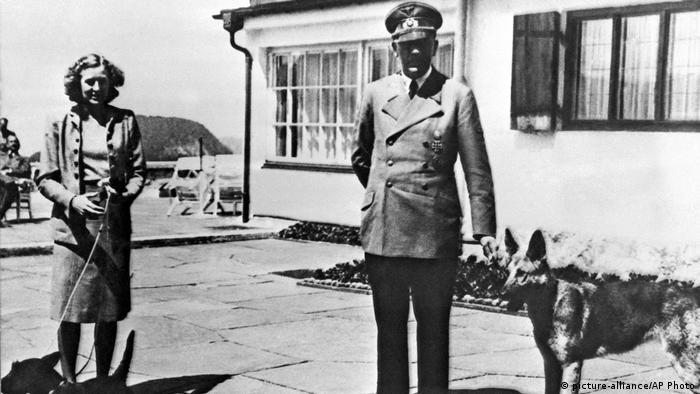 Near the city of Weimar, just a stone's throw away from the Buchenwald concentration camp crematorium, monkeys swung around in cages in a small zoo, birds chirped in aviaries, there were brown bears and a goldfish pond. The zoo was intended to provide "diversion and entertainment" for the men who spent their lunch break here, wrote concentration camp commander Karl Koch, who opened the menagerie in 1938, financed by extorted "donations" from prisoners.

"Diversion and entertainment," however, was not meant for the prisoners and forced laborers imprisoned by the Nazis in Buchenwald. They may have built the enclosures and looked after the animals, but only concentration camp personnel were allowed to take a break there: guards, civilian employees and supervisors who tortured and killed prisoners on the other side of the electric fence. Sometimes they would throw the inmates into the bear pit, because SS commander Koch enjoyed watching the bears tear them to pieces. 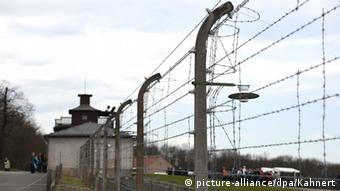 The former Buchenwald concentration camp, with its fence that separated the 'worthy' from the 'unworthy' lives

People and animals on one side of the fence, prisoners classified as "sub-human" by the Nazis' racist ideology on the other: This scenario reflects the brutal world view of the Nazis, in which animals^often played an important role.

"Sometimes they served as models, sometimes as images of the enemy, sometimes they were just a means to an end," says Jan Mohnhaupt, author of the book Tiere im Nationalsozialismus (Animals in National Socialism) that also recounts the story of the Buchenwald zoo. "Anyone who wants to learn about the arbitrariness and contradictions of the Nazi regime should not ignore the animals." 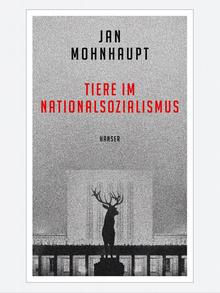 Cover of the German book 'Animals in National Socialism'

Academic research on the Nazi era had so far not focused on the topic of animals, as it was feared that "a focus on animals would lead to a trivialization of human sacrifices," Mohnhaupt quotes Mieke Roscher, a historian at the University of Kassel and Germany's only professor for human-animal studies. A fear that is unjustified, as Mohnhaupt shows in his book.

Cult surrounding predators: 'Like the wolf bursts into the flock of sheep'

Adolf Hitler's favorite dogs were German shepherds, a breed of dog that is very obedient — which is why they were used as guard dogs in the concentration camps — and that resembles the ancestral wolf. Hitler admired wolves. He liked his friends to call him by the nickname "Wolf"; his headquarters in World War II were named Wolf's Canyon and Wolf's Lair. 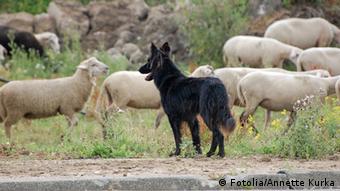 Not a wolf: a German shepherd dog with a flock of sheep

Nazi propaganda used the image of the "wild wolf" years before taking power. In 1928 Joseph Goebbels, who would go on the become Propaganda Minister, threatened the democratic politicians of the Weimar Republic during the election campaign: "Like a wolf tearing into the flock of sheep, that is how we come!" Five years later, in 1933, the Nazis toppled the Weimar Republic. The first German democracy had failed.

That same year, the Nazis passed an animal protection law that among other things stipulated that warm-blooded animals must be stunned before they are slaughtered. What sounds like a love of animals, however, was aimed primarily at prohibiting Jews from ritual slaughter. "For leading Nazis, animal protection and crimes against humanity were not a contradiction in terms," Mohnhaupt writes in the book. "On the contrary, they even felt they were part of a moral elite."

Many photos show the leader of this cruel "elite," Adolf Hitler, with his German shepherd Blondi. Hitler's deputy Hermann Göring, who was also the Reichsjägermeister (Master of the German Hunting Society), was rarely seen with his exotic pets. Between 1933 and 1940 he kept seven young lions in succession, which "for Göring were above all a sign of power and prestige," writes Mohnhaupt. 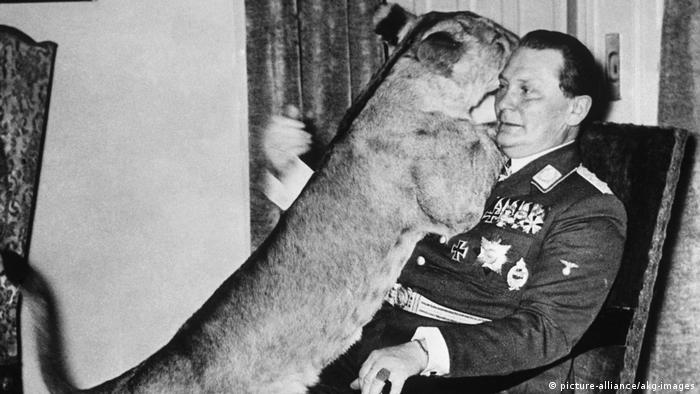 Herman Göring with a young lioness, circa 1939

As is so often the case, the Nazis were inspired by historical role models: the Roman Caesars kept lions, and Medieval European kings like Richard the Lionheart and Henry the Lion claimed the characteristics of the "king of animals": power, strength and courage.

Cats regarded as 'Jews among the animals'

The Nazis' supposed love of animals also revealed their racial mania. Just like people, animals were divided into "valuable" and "unworthy" lives. While big cats of prey like lions and panthers were admired, Nazi writer Will Vesper characterized domestic cats as "treacherous, false and antisocial" because they stalk songbirds. Cats, Vesper concluded, were the "Jews among the animals."

This too followed a sad, common tradition in Europe: Even back in the Middle Ages, cats as well as Jews were assumed to be in league with the devil.

No pets for Jews

A cat named Mujel was the pet of German writer and scholar Victor Klemperer and his wife Eva. When the Nazis came to power, Klemperer, who was Jewish, was gradually stripped of almost everything: reputation, profession and home. Beginning in September 1941, he was forced to pin a yellow "Jew's star" to his clothes. Not much later, Jews were no longer allowed to keep pets. The Klemperers had to give up their beloved tomcat, their symbol of perseverance: "The cat's tail held high in the air is our flag, we will not reel it in," Victor Klemperer wrote in his diary. But the couple could not hide the cat, so they ended up having to put the animal down. 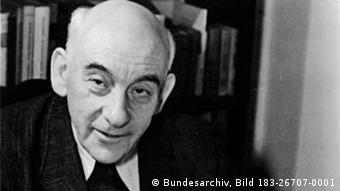 "The ban on pets was yet another step on the way to the complete disenfranchisement of the Jews in Germany," writes Mohnhaupt. It was introduced at the same time as the mass deportations of Jews to the concentration camps, which began in 1941 — so the Gestapo would not have to worry about pets left behind.

The Nazis had a positive view of pigs — they were meant to feed the German population during the Second World War (1939 - 1945). The Nazis' "Nutritional Aid Organization" collected kitchen waste from private households for them under the slogan "Kampf dem Verderb" (Fight against spoilage), an early form of recycling. 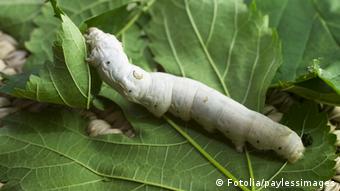 Other "wartime" animals were bred in schools: silkworms. Their tear-proof, water-repellent and largely fireproof silk was needed for the production of parachutes, and teachers were specially trained in silk-making for this purpose. The students' task was to feed and care for the silkworms.

Silkworm breeding "served as a kind of all-purpose weapon in elementary school classes," says Mohnhaupt. "They were not only used to illustrate biology with living beings, but also to teach children about Nazi racial hygiene in a manner appropriate for children." Teachers taught the children that after all, "breeding could only be successful if all sick and weak specimens were sorted out early."

The Nazis' racial fanaticism became deeply rooted in everyday life and society. From there, it was but a short step to the murder of millions of people defined as "unworthy": Jews, Sinti and Roma, disabled people, political opponents. And the Nazis also used and misused animals for their purposes.

Could you name 10 off the top of your head? DW walks you through some breeds whose origins are very much German, even if their names might suggest otherwise. They've since become famous around the world. (21.03.2018)