In March 1933, Germans voted for a new parliament - their last free election before all but the Nazi party was banned. Such extraordinary measures of terror preceded the election that there was little "free" about it. 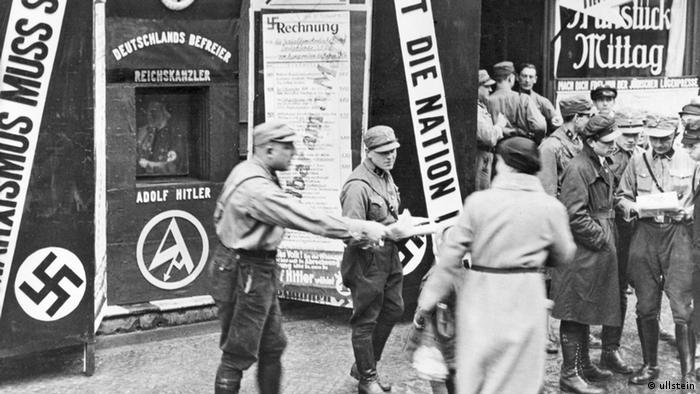 In February 1933, Germany found itself in the midst of a parliamentary election campaign. By the time voters went to the ballots one month later, on March 5, 1933, one single issue was on their minds.

The burning of the Reichstag, home to the parliament, was alleged to have been carried out by communists in an attempted coup. Chancellor Adolf Hitler and other National Socialist leaders latched on to the "coup attempt" in order to stoke fears of a communist revolution amongst the German populace. Thereafter, Hitler and his allies unleashed an unprecedented wave of terror throughout the country.

Since the burning of the Reichstag on February 27, 1933, Germany was officially in a state of emergency. Heavily armed security forces patrolled public buildings. In trains, police officers regularly strode by, searching for "suspicious" persons. On the streets, "brown shirt" officers of the Sturmabteilung (SA), the paramilitary wing of the Nazi party, were on the lookout for any opponents of National Socialism. 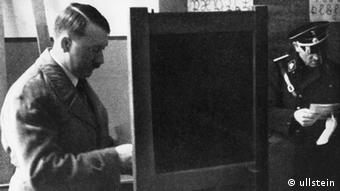 Adolf Hitler places his vote in a Königsberg voting booth on March 5, 1933

Their unfettered attacks on German citizens had recently received legal grounding. On February 28, 1933, one day after the fire, the ageing German president, Paul Von Hindenburg, had signed "Reichstag Fire Ordinance," a piece of legislation that rendered the guarantees of the German constitution void.

It was communism - and communists - that the Nazi party had in its crosshairs. The assets of the German Communist Party (KPD) were seized and communist newspapers were banned. Thousands of KPD members were arrested or forced to flee the country. Hermann Göring, who at the time was chief of the Prussian police, famously said, "Here I don't have to practice justice, here I just destroy and exterminate."

Simultaneously, the gears of the Nazi propaganda machine were beginning to turn. Joseph Goebbels deemed the March 5 election "the day of national awakening." Fears of a communist takeover were continually fanned, all while Hitler was simultaneously stylized as the national savior. The tactic was hugely successful. 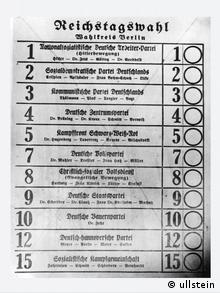 A 1933 Berlin ballot, with the Nazi party on top, then the Social Democrats

"You now have to support his cause by any and all means," said one of Hitler's contemporaries in Hamburg.

Hitler was portrayed, whether through radio, film or even via airplane trips across Germany, as an omnipresent figure. On the day prior to the vote, the chancellor delivered a speech in the eastern Prussian city of Königsberg.

As he rallied his supporters, opponents of the Nazi party, such as the Social Democratic Party, were prevented from campaigning effectively and were even threatened with violence. Hitler's SA officers raided the Social Democratic Party's political events and attacked participants - all while the police looked on passively. Opposition newspapers were destroyed and closed down and in total 69 Germans died as a result of the terror.

It was within that environment that on Sunday, March 5, 1933 Germans flooded into election booths. Participation was high, with nearly 89 percent of able voters taking part. Hitler calculated that his own party would walk away the winner - yet Germans would disappoint him.

Only 43.9 percent of the votes, which translated into 288 parliamentary seats out of 647, went to the Nazi party. Though it represented an increase of 11 percent on previous elections, it was not enough to rule alone. A coalition partner was necessary. The Social Democratic Party had taken 18.3 percent of the vote, and, in spite of the wave of terror, the communist KPD walked away with 12.3 percent. 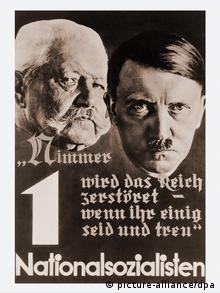 As for having a say in parliament, however, those opposition parties had none. The Nazi party, together with smaller coalition partners, ruled as the dominant part of a stable majority. Hitler took pride in the fact that people from all strata and classes had elected his party to govern. The Nazi party declared itself a "people's party."

The results of the last partially "free" election - one that was precipitated by extraordinary coercion measures - ultimately had little more than a symbolic meaning for the governance of Germany. Shortly thereafter, members of the communist party were forced out of parliament. The Social Democratic Party was then banned.

The National Socialists increased terror measures throughout Germany, and Jews were soon targeted. In his diary, German-Jewish professor Victor Klemperer wrote with resignation of the plummet in morality and freedom amongst Germans: "Amazing how quickly it collapses."

Still, in the March 5 elections Germans had, at the very least, been able to vote amongst various parties. In the next round of elections in November 1933, only the National Socialist party remained.

Some 10,000 citizens have formed a cordon inside Dresden to prevent neo-Nazis from misusing an anniversary of the Allied bombing of the German city during World War II. A march by neo-Nazis was stopped by police. (13.02.2013)