Since its opening in 1844, the development of the Berlin Zoo has directly reflected the history of Germany. Here's how colonialism, the Nazi era and the Cold War left their mark on the institution. 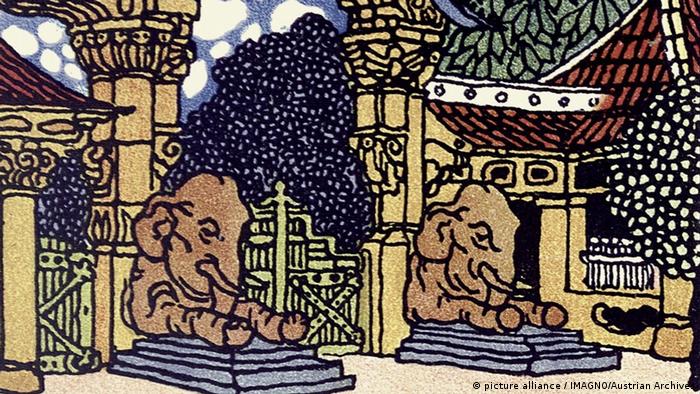 The idea of setting up a zoo in Berlin, inspired by the London model, was supported by the world-famous natural scientist and explorer Alexander von Humboldt as well as by the garden and landscape designer Peter Joseph Lenne. The project reflected mid-19th century ideals, promoting the education of citizens.

The zoo as an educational institution

When the zoological garden opened 175 years ago on August 1, 1844, most Berliners found its location too remote. To get there, they had to cross the Tiergarten park, the former hunting grounds of the kings that was outside the city walls, by the Brandenburg Gate.

The zoo didn't have too much to show at its beginnings either. It started out with 47 animals, donated by Prussian King Friedrich Wilhelm IV. The monkeys, bears and birds mostly came from his dissolved royal menagerie on Pfaueninsel ("Peacock Island").

In comparison, today, with its 20,000 animals and 13,000 species, the Berlin Zoo boasts the most diverse animal collection in the world. 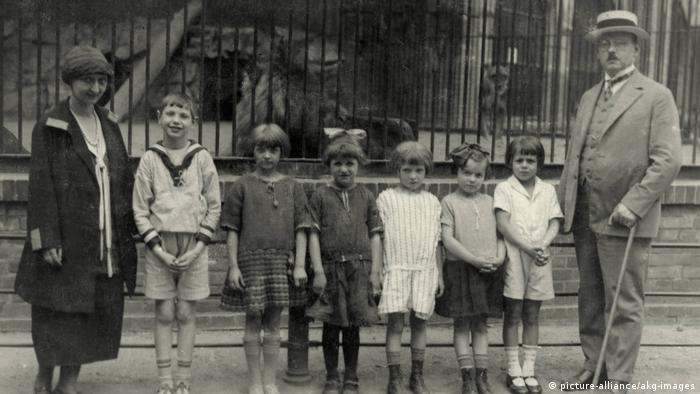 "The zoo founded in 1844 remained small and insignificant in the first three decades of its existence," he told DW. "It did not attract many visitors." By the 1870s, industrialization and the great economic upswing that had allowed the city to grow in importance also led the  Berlin Zoo to become a leading zoological institute in Europe: "The businesspeople and merchants in Berlin loved and supported their zoo," said Maier-Wolthausen. 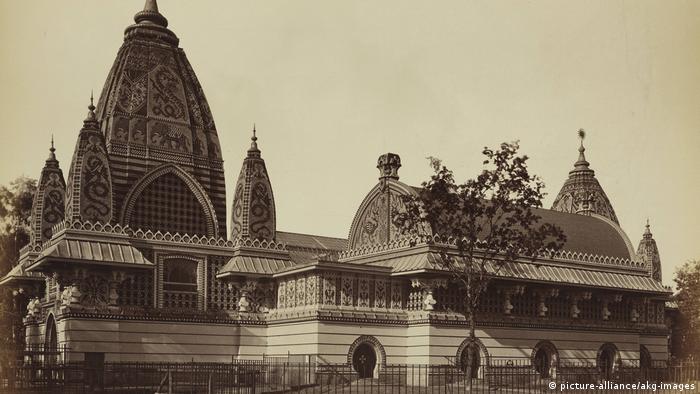 The exotic-looking elephant house was built in 1879

From the early 1870s on, exotic-looking buildings were added to the zoo, such as the antelope house with its four minarets, an Indian elephant house and the famous elephant gate at the entrance. The Moorish-inspired palaces, log cabins and half-timbered buildings were designed to represent the foreign lands from which the animals came. Huge, richly decorated restaurants as well as concerts made the zoo even more popular. 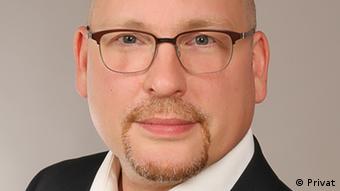 A new aquarium in Berlin not only exhibited fish and marine life, but also birds and reptiles. In 1875, the first gorilla to be shown in Europe, called Mpungu, was also part of the exhibitions at the aquarium. He however survived only one and a half years. In 1913 the zoo opened it's own on site aquarium.

Humans exhibited until the 1930s

But it was not just the many new buildings and growing diversity of animals that attracted more and more visitors.

Expeditions to foreign countries and Colonial history also left its mark: In 1878, the zoo set up its first so-called ethnological exposition, where people were shown in their exotic "natural" state. It started with a small group of Inuit; following the success of the "Eskimos," additional spaces showing Nubian and Sami people were added shortly afterwards.

The Berlin Zoo had "actors" portraying foreign peoples up until 1931. One of the last shows had women from the ​​Lake Chad area in Central Africa, and they were promoted by  the press as "Lippennegerinnen" (female Negroes with lip plates). 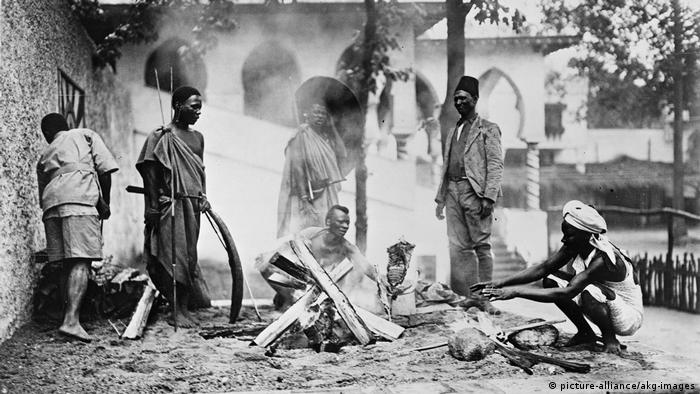 After the turn of the century, the zoo became a central attraction in Berlin. At the beginning of the First World War in 1914, the now world-famous zoological garden had a collection of about 3,500 animals.

The war however made international animal trade impossible, and after that, hyperinflation struck another major blow to the zoo: On October 1, 1922, it closed for half a year.

From the Golden Twenties to the Nazi era

After the stabilization of currency in 1924, the zoo experienced its golden age. The first baby monkey was even born there — unfortunately, the chimpanzee mother died shortly after giving birth. In 1928, a first baby elephant was born as well, and crowds flocked to the Berlin Zoo. That same year, the two-year-old gorilla Bobby arrived, and he proved to be so popular that his depiction would later become the logo of the zoo. 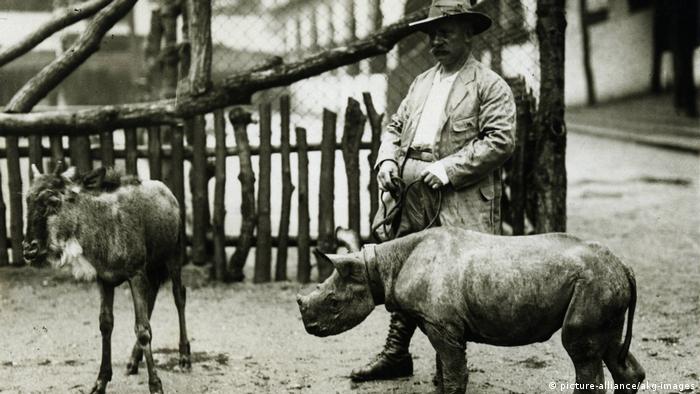 Regaining popularity: A zoo keeper in 1925 with a baby rhino and a goat

Under the Nazis, zoo director Lutz Heck, supervisory board and the workforce were at the service of the new rulers. Jewish shareholders were expropriated, while top Nazi leader Hermann Göring was given young lions as pets.

During World War II, the zoo was reduced to rubble and ashes. Only 91 of the 3,715 animals survived the war.

Berliners remained true to their zoo during the difficult postwar years. For example, they donated food to allow the male hippopotamus Knautschke, one of the few large animals that hadn't been killed by the bombs of World War II, to also survive the Berlin Blockade from 1948 to 1949. "The hippo became a symbol of the Berliner's own perseverance," pointed out Maier-Wolthausen. 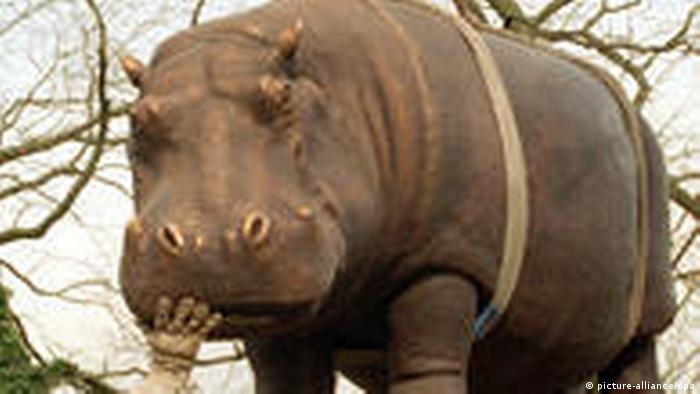 A statue of Knautshke now greets visitors at the entrance

Berliners regularly developed a special relation with individual animals. The zoo was a green oasis in the divided city, and that particular situation led Berliners to identify with the animals, according to Maier-Wolthausen. "When the pandas arrived in West Berlin in the early 1980s, many Berliners felt they were proof that the world had not forgotten their divided city."

In 1955, East Berlin opened its own zoo, the Tierpark. After the fall of the Berlin Wall, the two zoological gardens were united through a new administration. The "Zoological Gardens of Berlin" now attract five million visitors every year. Some animals, like the little polar bear Knut, contribute to the zoo's lasting reputation by becoming world-famous stars.